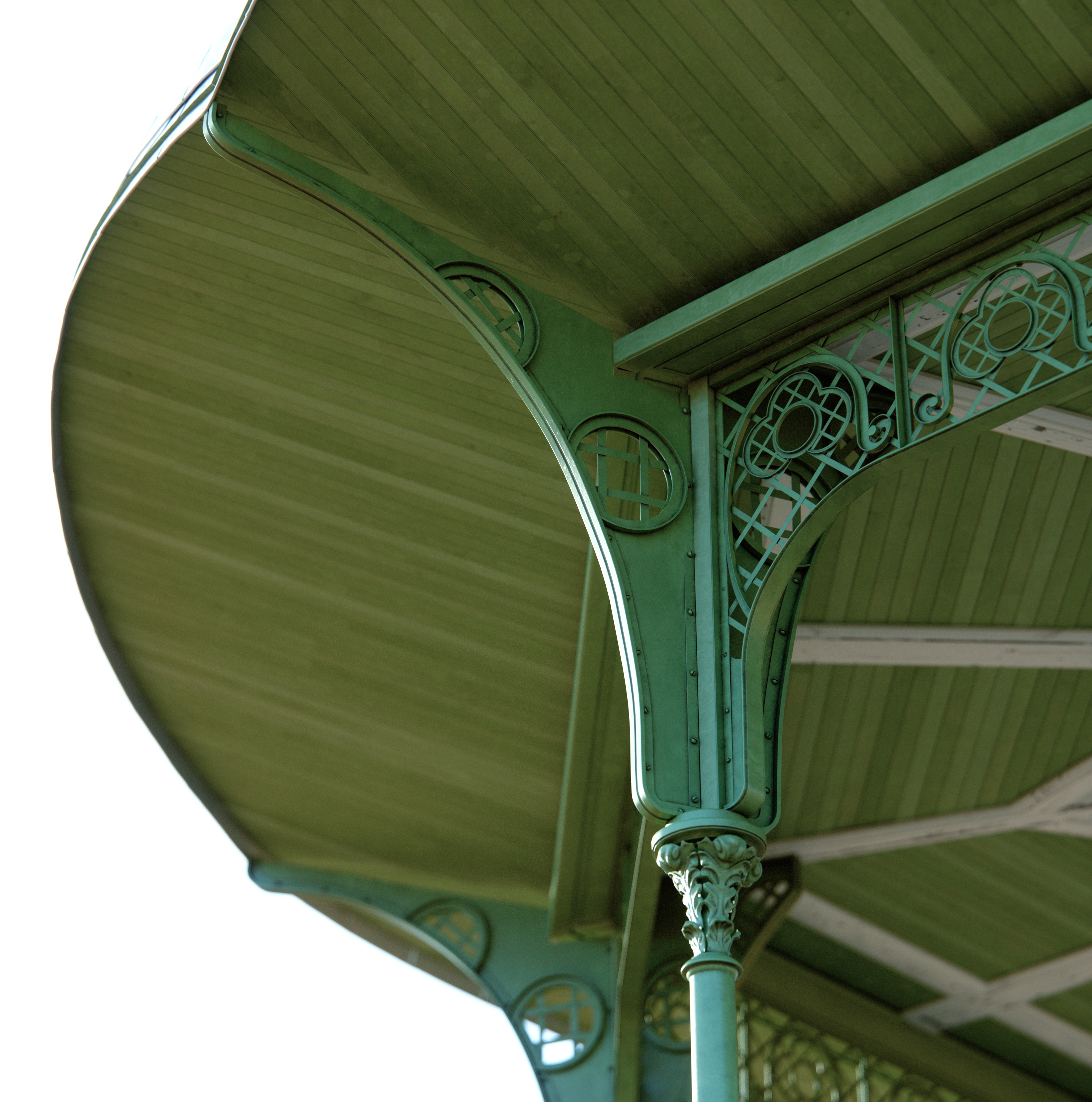 By now, I’ve spent almost two thirds of my life away from the place where I was born. But when it comes to architecture, I’m still a patriot.

Vichy, the small, green and relaxed French town where I hail from, is not just the most livable place on earth, with its huge landscaped parks hugged by an artificial lake, it is also one of the most handsome. Outside its small and picturesque medieval core, it is a perfectly preserved jewel of 19th century spa architecture. It is playful and eclectic–it has Flemish palaces, neo-Gothic mansions, Venetian Palazzos, Moorish fortresses, Alpine chalets, and a spectacular Art Nouveau opera house. But it is also coherent as a whole, partly because most of it was built around the same time.

So I was understandably proud when the excellent people at the Vichy tourism office reached out to me this winter after seeing an Instagram post I’d made showing bits of a structure they knew well displaced to a strangely foreign environment.

The building is one of Vichy’s many concert kiosks, where bands play al fresco during the summer months to entertain residents and tourists at apéritif time. It is both modern–made of modular cast-iron elements assembled together like Lego–and quaint, with its repeated motif of stylized waterfalls that play on the town’s famed medicinal springs.

It turned out the kiosk, one of Vichy’s largest and most elegant, had been intended for a different location but was later moved to its current home in a quiet corner of the lakeside Bourrins park.

This sparked the idea of a series of images featuring the building in a number of decidedly non-Vichy locations–hot desert, grassy highlands, lush forest, icebergs–which the city would publish in the glossy architecture magazine it publishes once a year.

The magazine’s publication this week marks the end of a fun three-month project and a bit of a different take on my old obsession about historic landmarks and CG (I have a separate but related obsession with unbuilt architecture, on which more very soon).

As should be obvious by now if you’ve been following this blog for any length of time, these are full-CG scenes.

You can see a digital version of the magazine as well as past issues here, and the tourism office will even mail you a hard copy if you leave your details. Below are the rest of the images, including some unpublished ones. Hope you enjoy and, as always, I’m grateful for your feedback or any thoughts about turn-of-the-century architecture, European spas, and music kiosks.