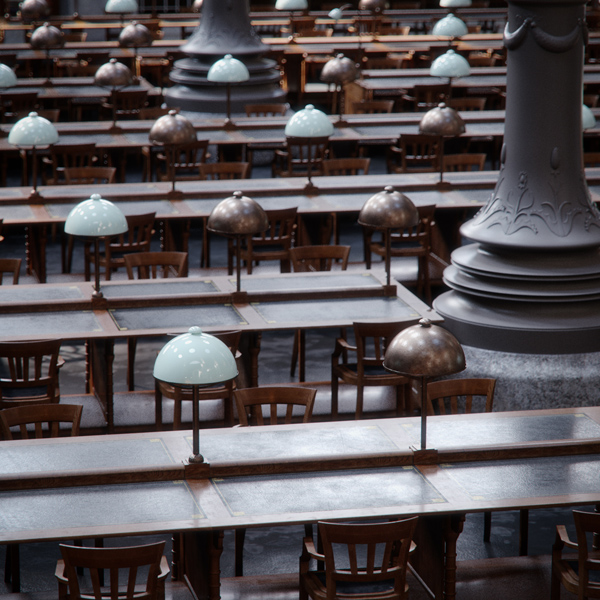 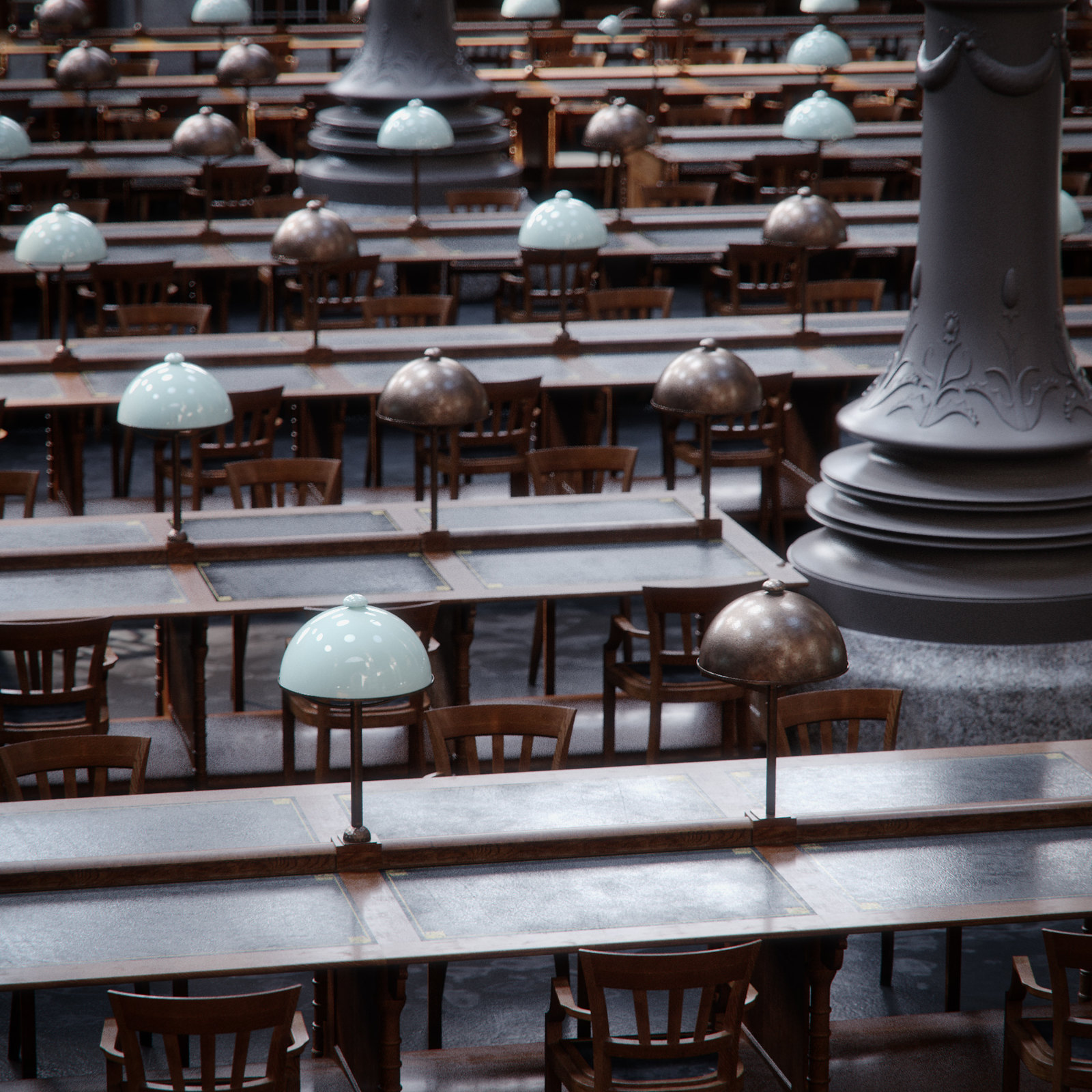 Paris again (not sure where this current fixation is coming from). For the non-Parisians among you, this is the Labrouste Reading Hall in the “Richelieu” site of the multi-building French National Library. More on Henri Labrouste, the man who built this, here.

This project was born from the idea to give Railclone, by ItooSoft, a bit of a stress-test and, in doing so, to do a piece I had thought about for several years but never found a way to fit into 3ds Max. This is typically the kind of scene that would have been very difficult, perhaps impossible, to build without such a plugin.

Another couple of images to show you what I mean (you can find the entire series of images here, and a vintage set here): 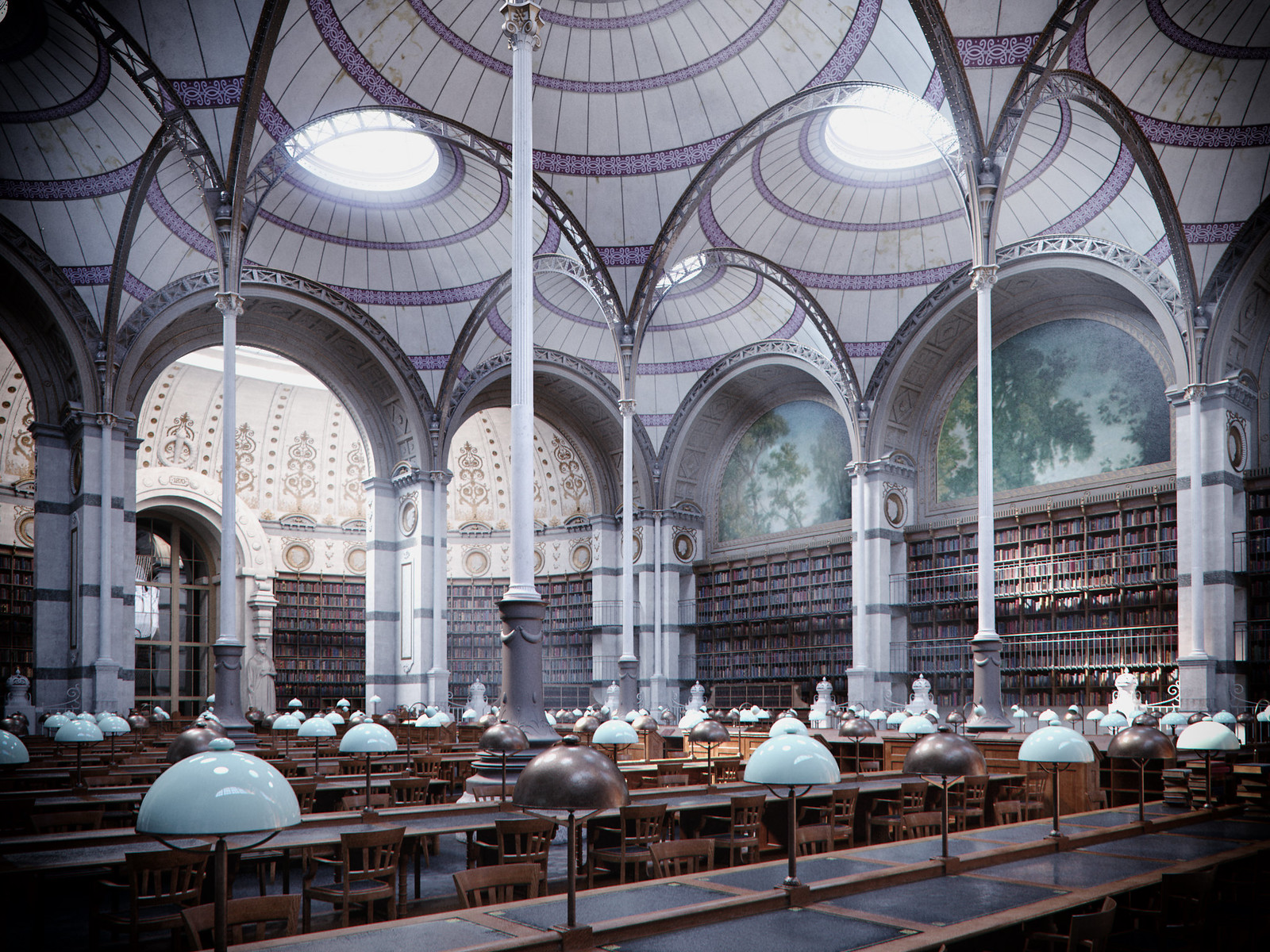 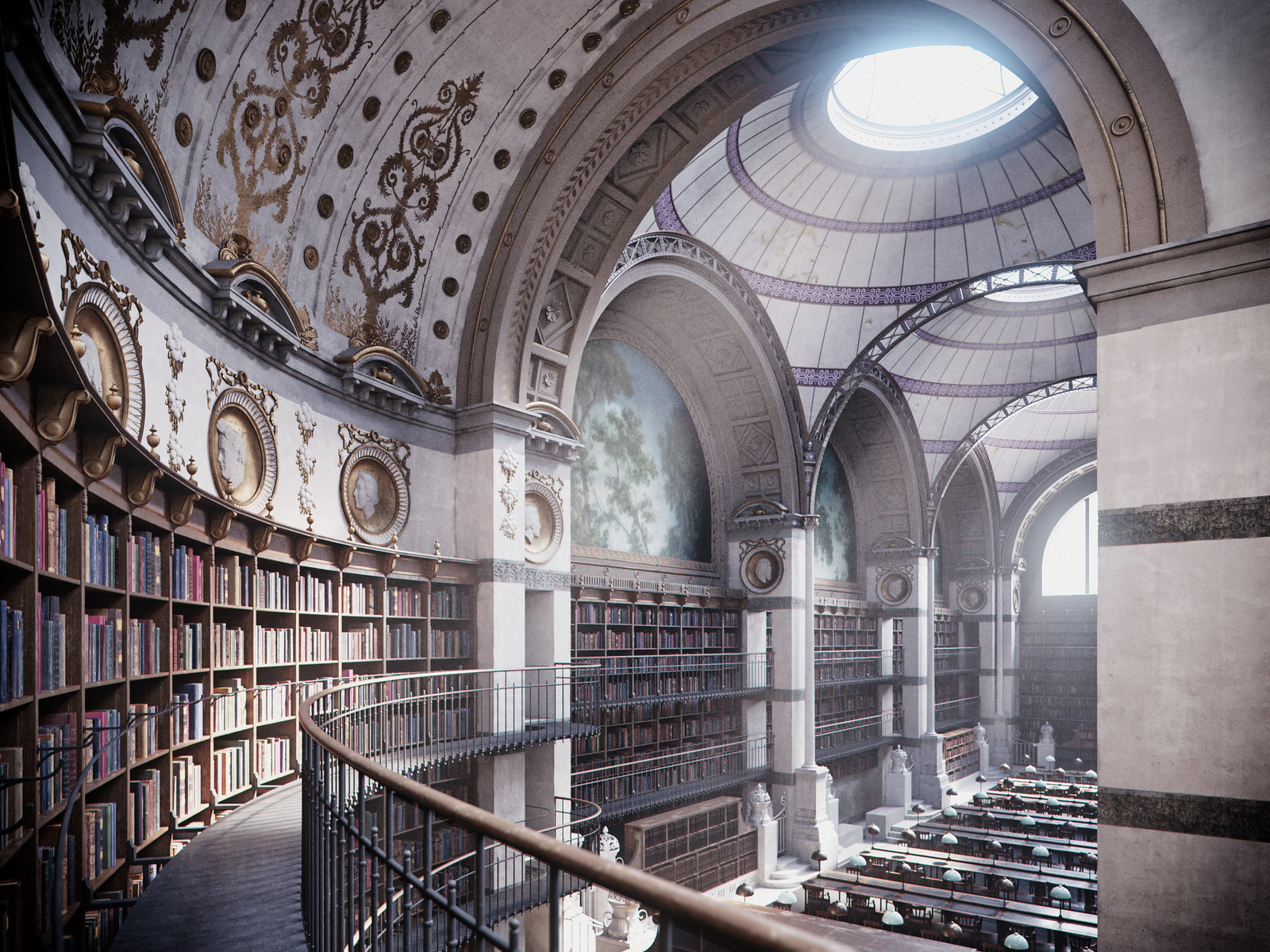 This 3ds Max scene (actually two scenes with X-Refs) is only 11 million polys. But 80 per cent of what you see here are RailClone objects: The high-poly books in the shelves; the tables, lamps and chairs; the railings, the big dome; the frieze reliefs, etc. In addition, RailClone was used to build a number of assets that were later turned into poly objects (the medallions; the cast-iron heaters; the arches…) Not only did RailClone make it possible to build this scene, but it also made it possible to navigate it thanks to its point-cloud preview mode.

Here is how the scene looks into the viewport: I’m pretty happy with how the plugin performed on the whole. The latest versions, with the node editor, have considerably simplified the process of modeling complex structures from discrete elements. The material randomization tools were also very useful in generating natural variations, for instance on the tabletops. The point-cloud preview allows a fluid navigation of the scene and its precision can be adjusted. The only caveat is that extreme deformations of some assets can mess up the geometry and lead to strange stretching and crunching. These sometimes have to be fixed in edit-poly.

And since we’re talking 19th century here, not an era I visit too often, I thought it was appropriate to do some wet plates too. Here’s a period postcard: 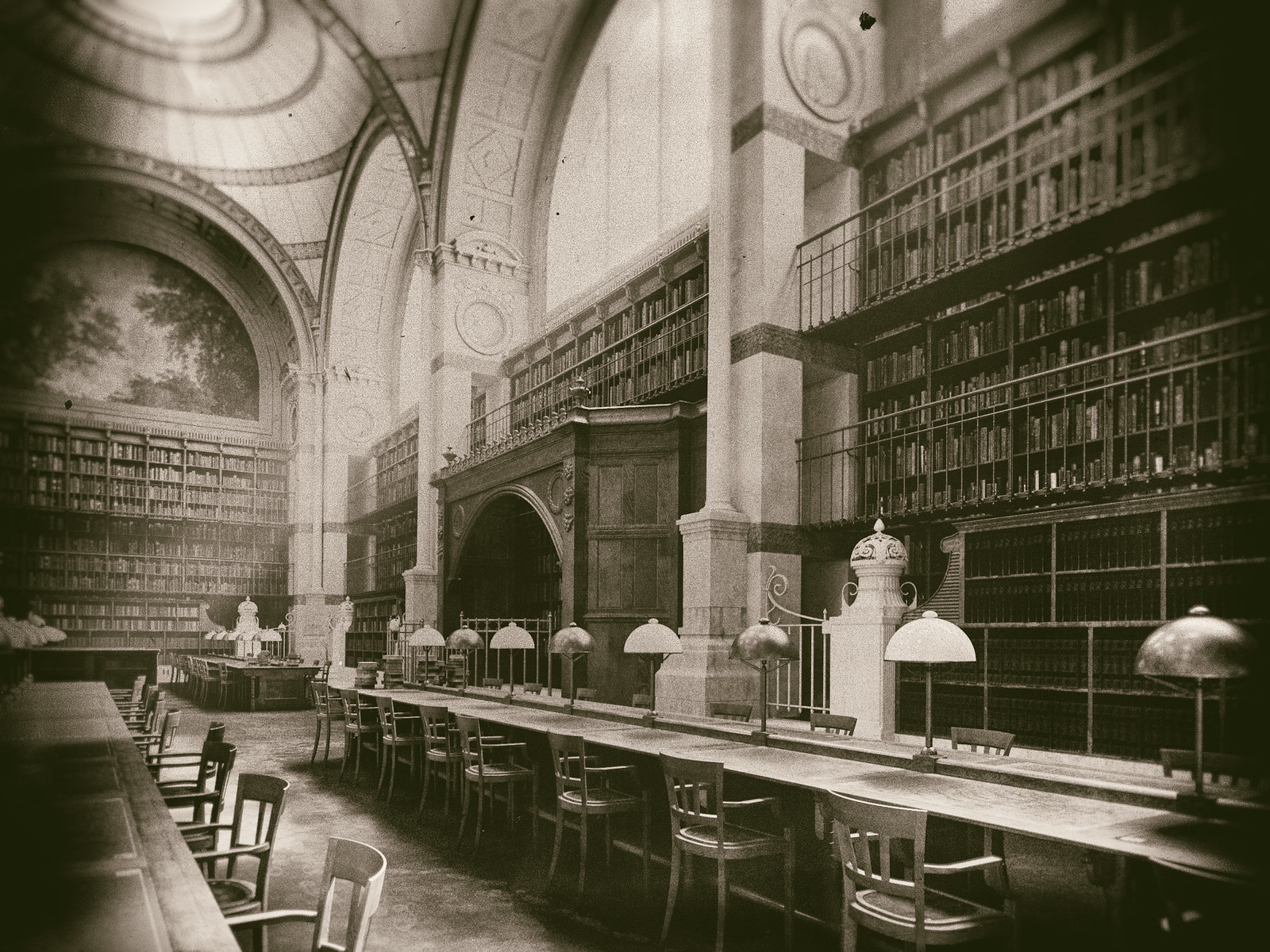