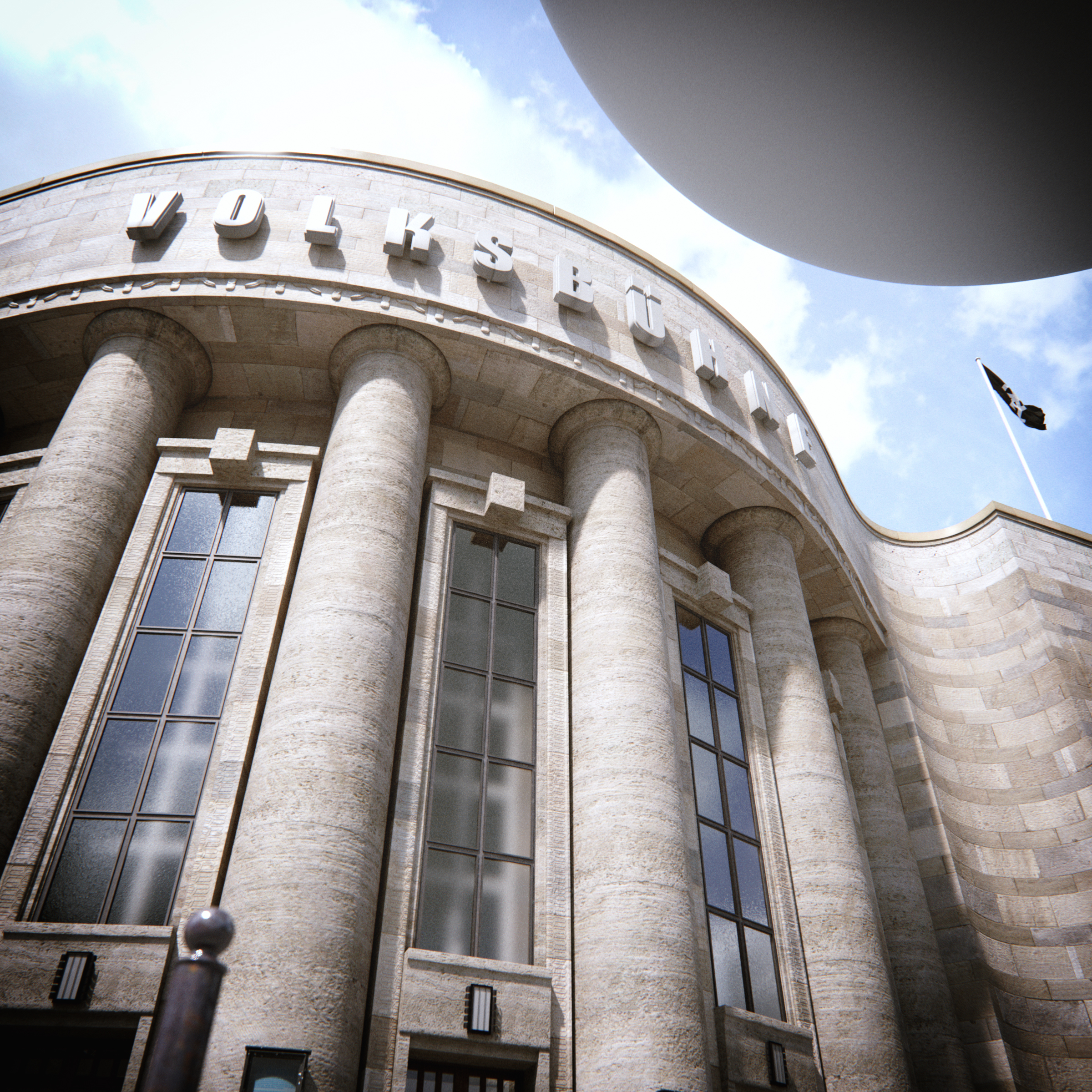 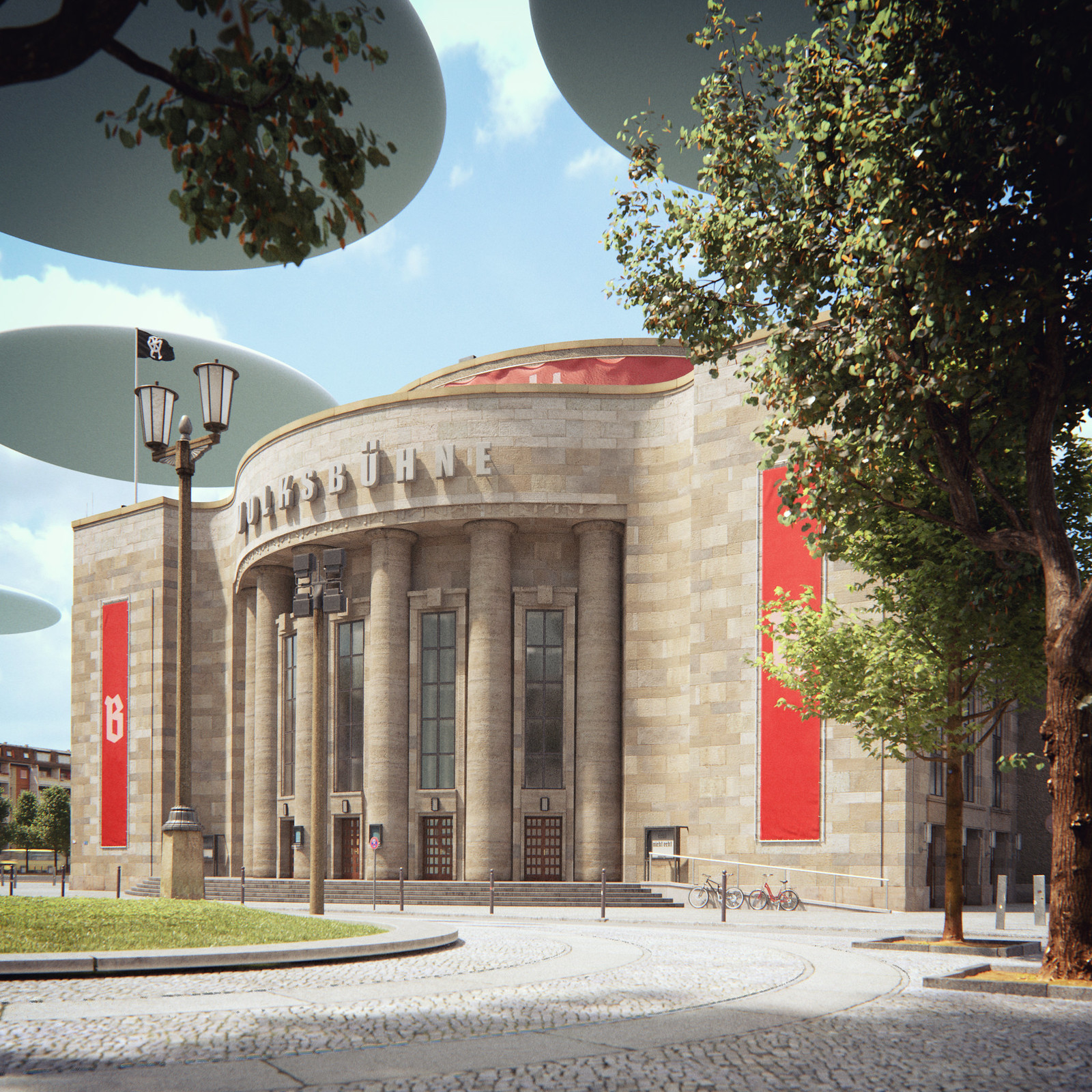 Here’s another project that I’m just going to call finished even though it isn’t. This is my interpretation of the Volksbühne, a theatre and yet another Berlin landmark. Although the architecture has a definite authoritarian feel, the building was actually built in 1913-14 to host cheap theater plays for the working masses. It was extensively redesigned after the War following its partial destruction and retains its popular, experimental and anarchist creds up to this day.

I really suffered through this project, losing myself in tiny invisible details. It was a drag. I guess I never really was a huge fan of the building, which feels like it could be the Gotham City Opera House. So I’m letting it go now, expressing my ambivalence by throwing in an alien invasion and biblical flooding.

On the nerdy side, you will note the use of scanned trunks on the trees, which is something I’ve been experimenting with lately. You can get these from the Warehouse here and here, and more will be on their way soon.

I made extensive use of ItooSoft’s RailClone and Forest Pack Pro for the vegetation and entourage. 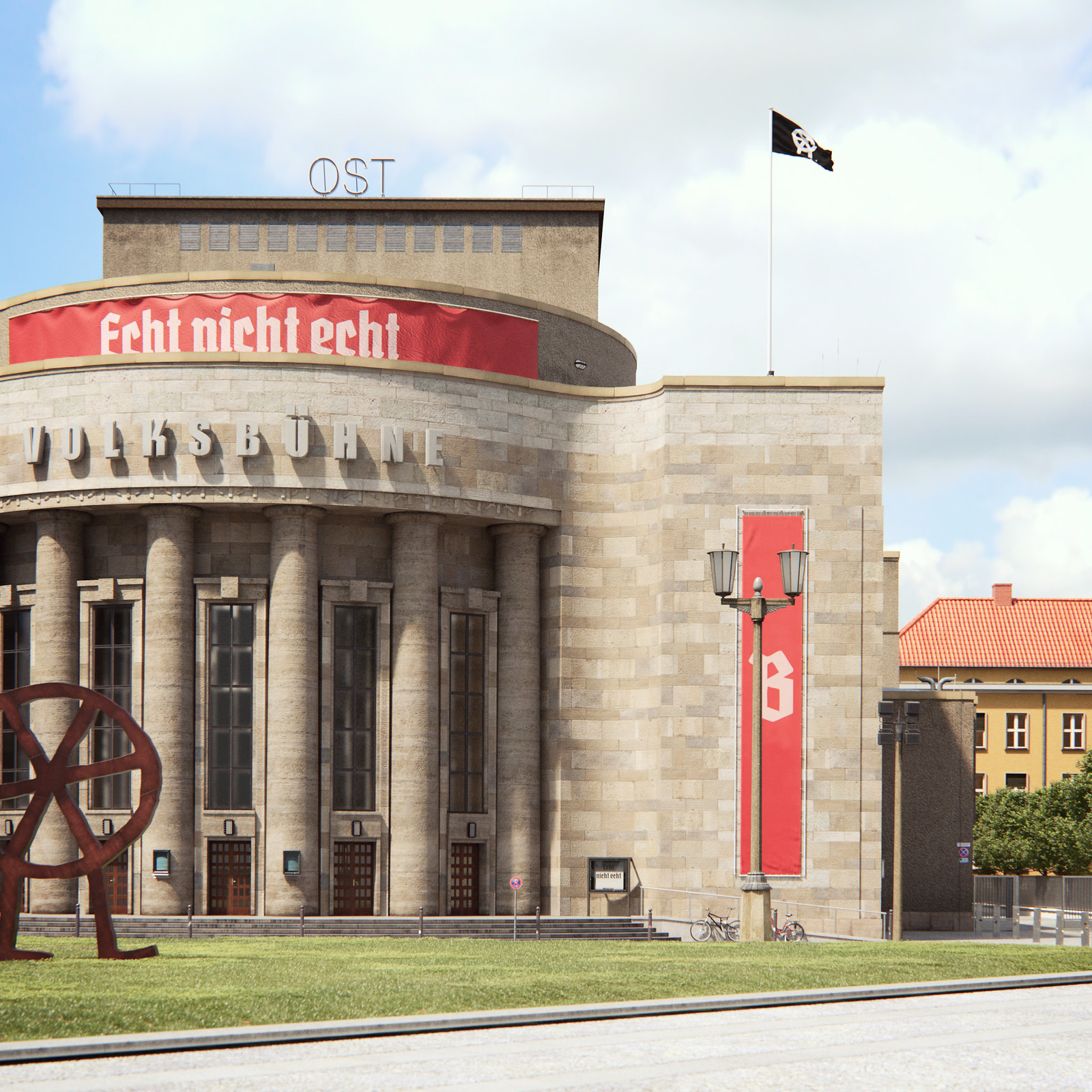 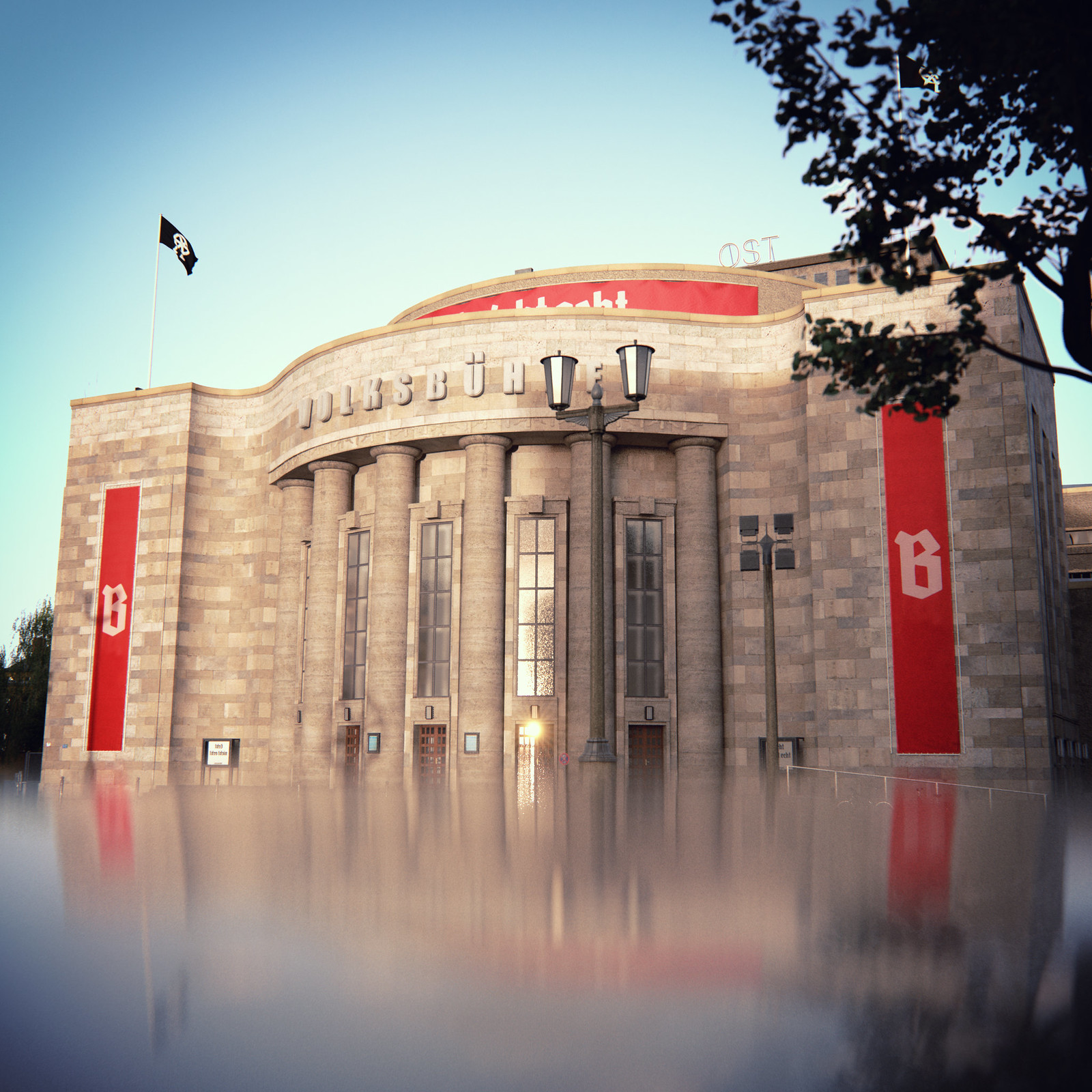 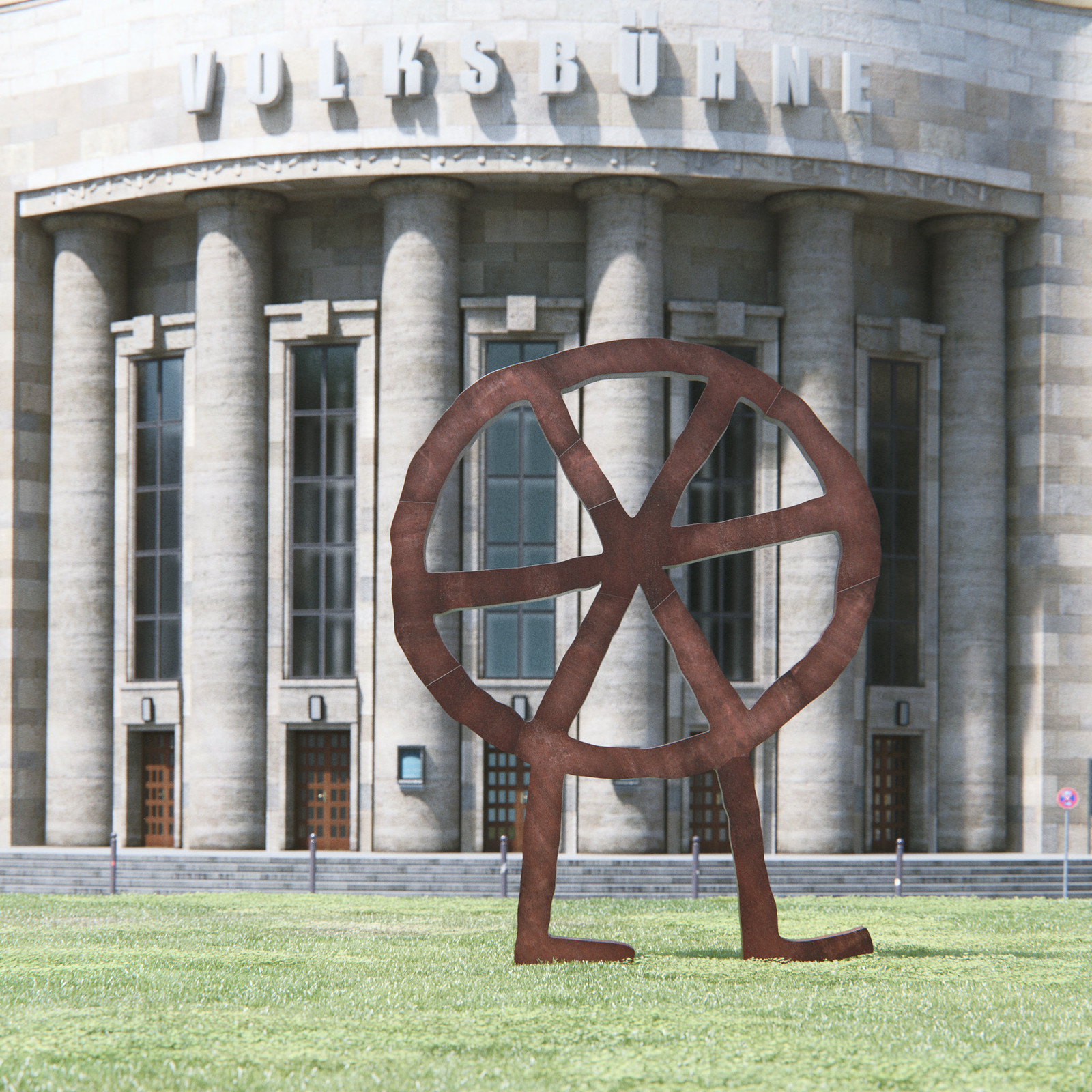 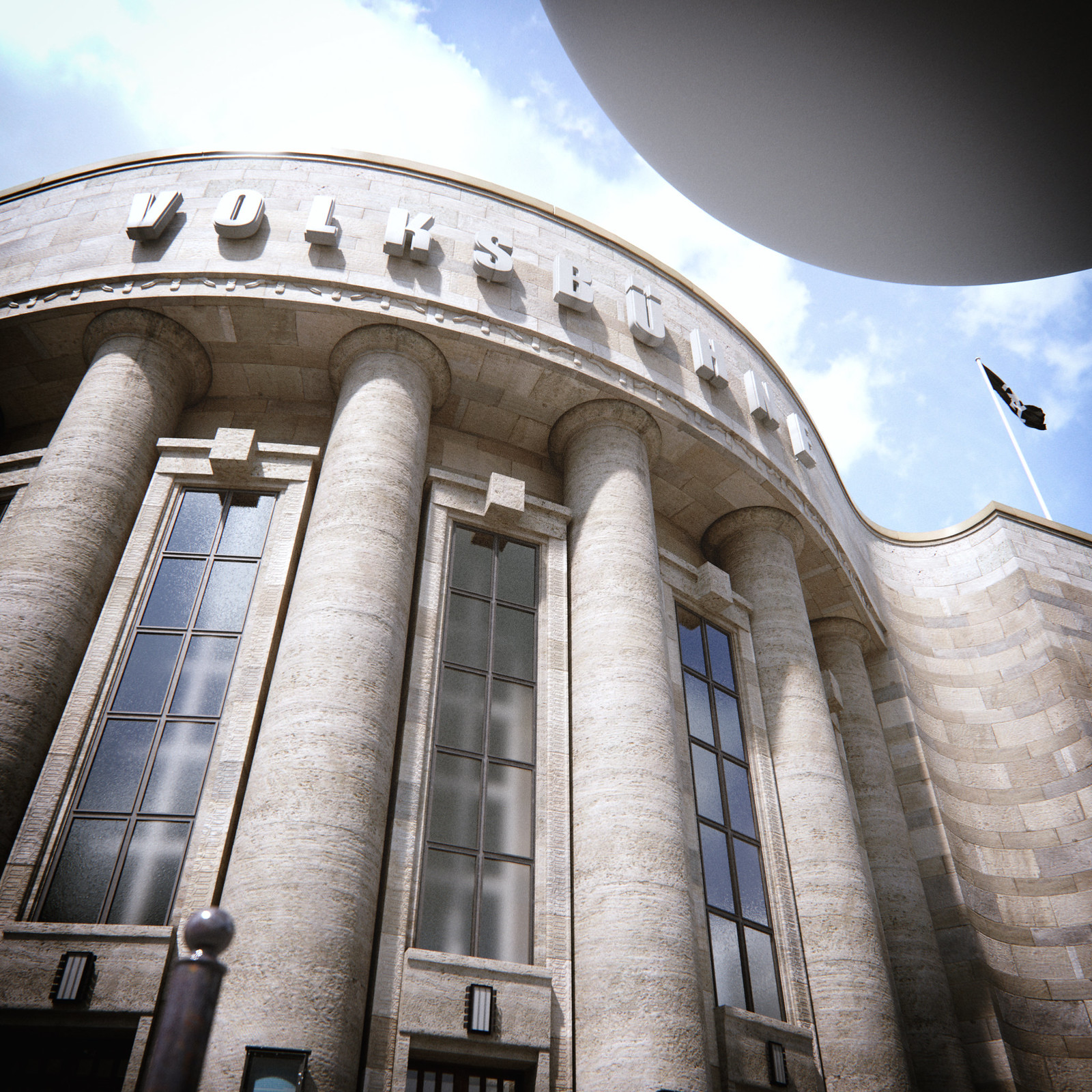 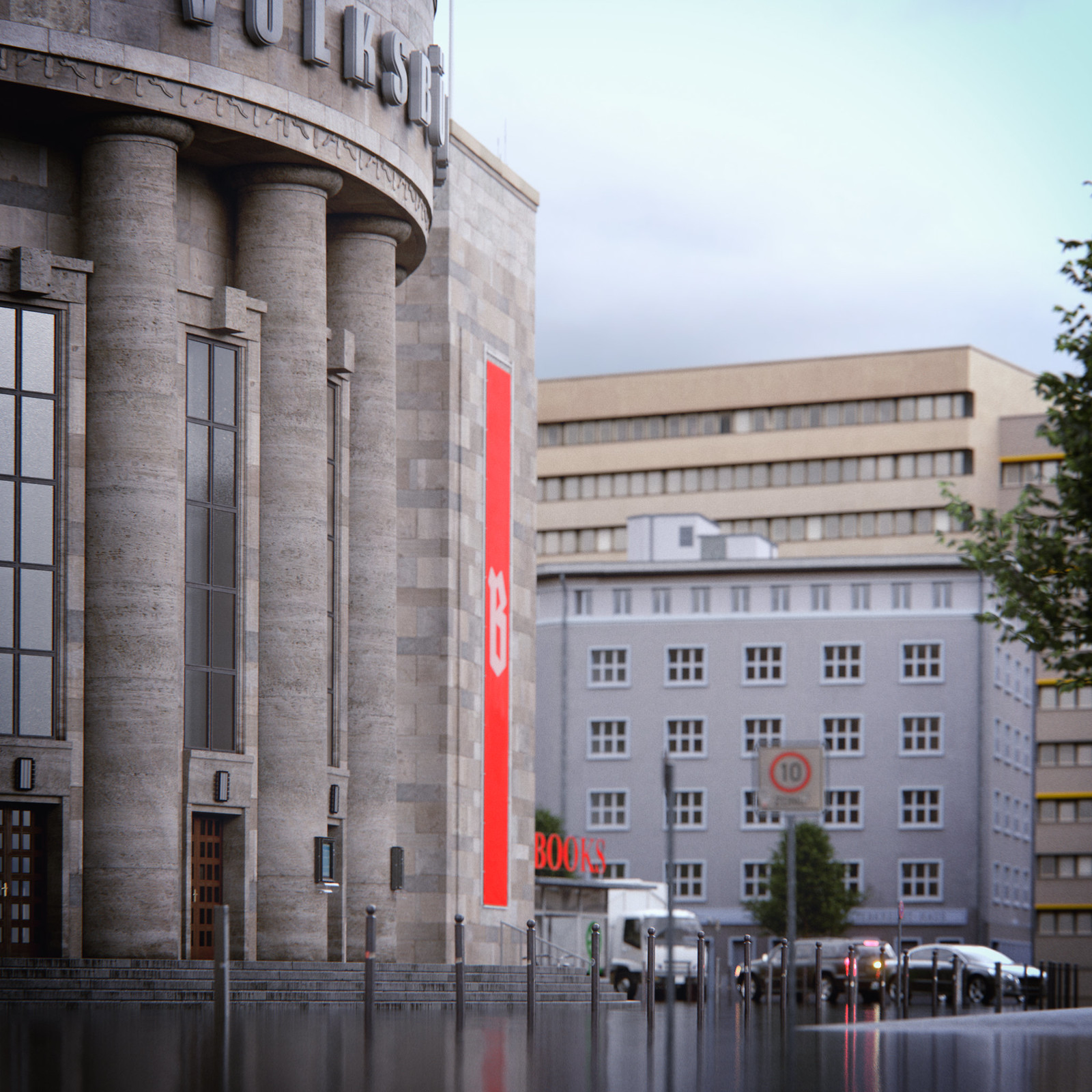 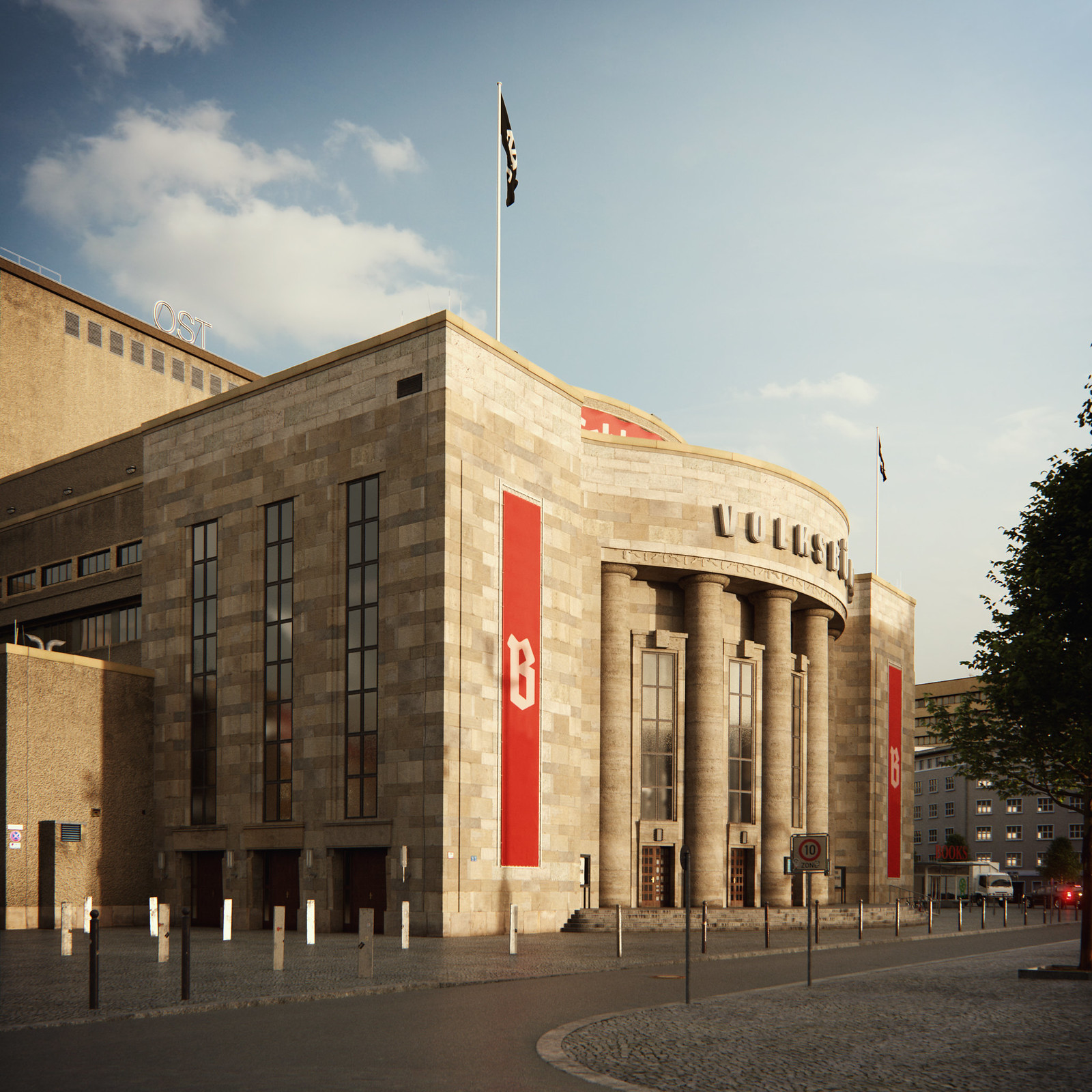 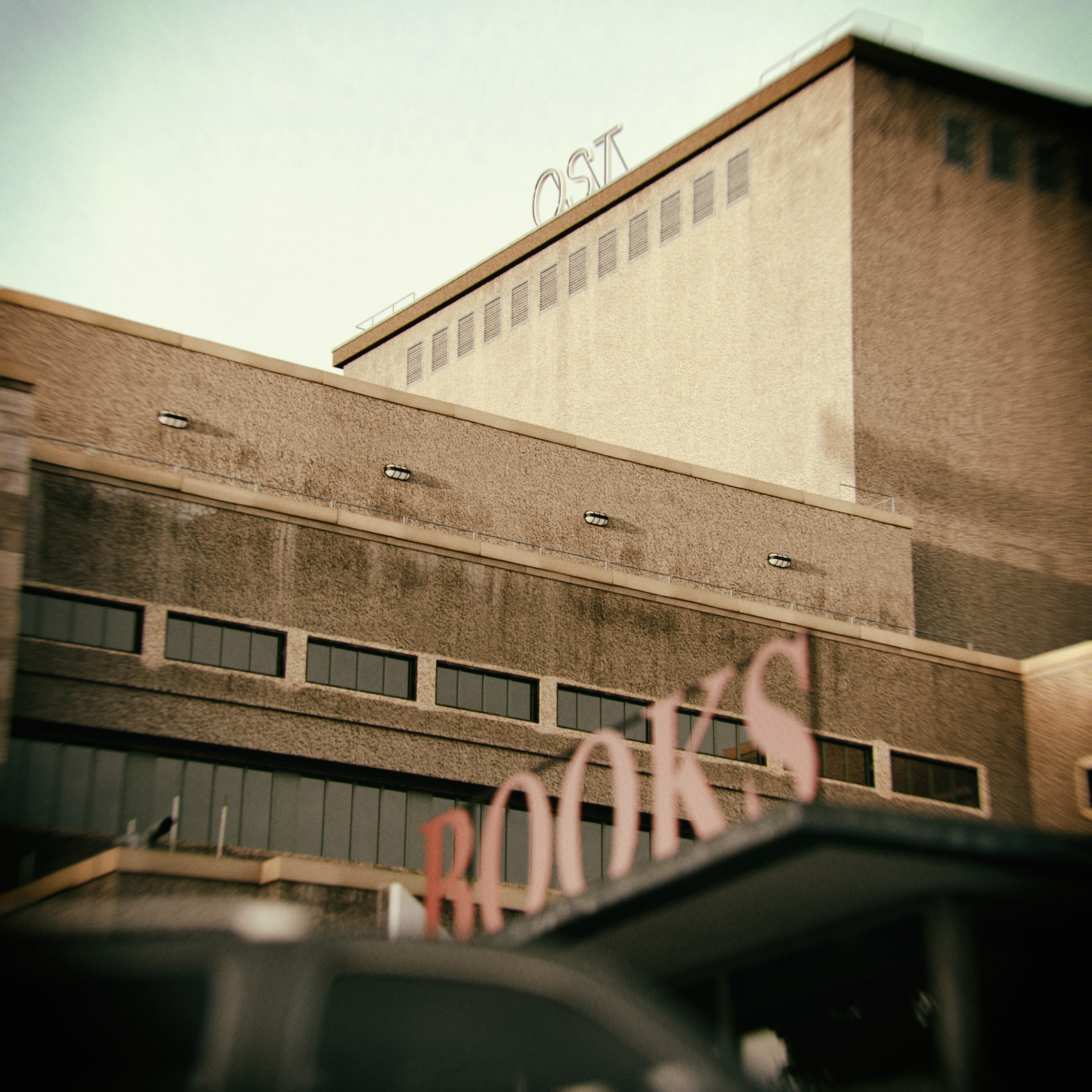 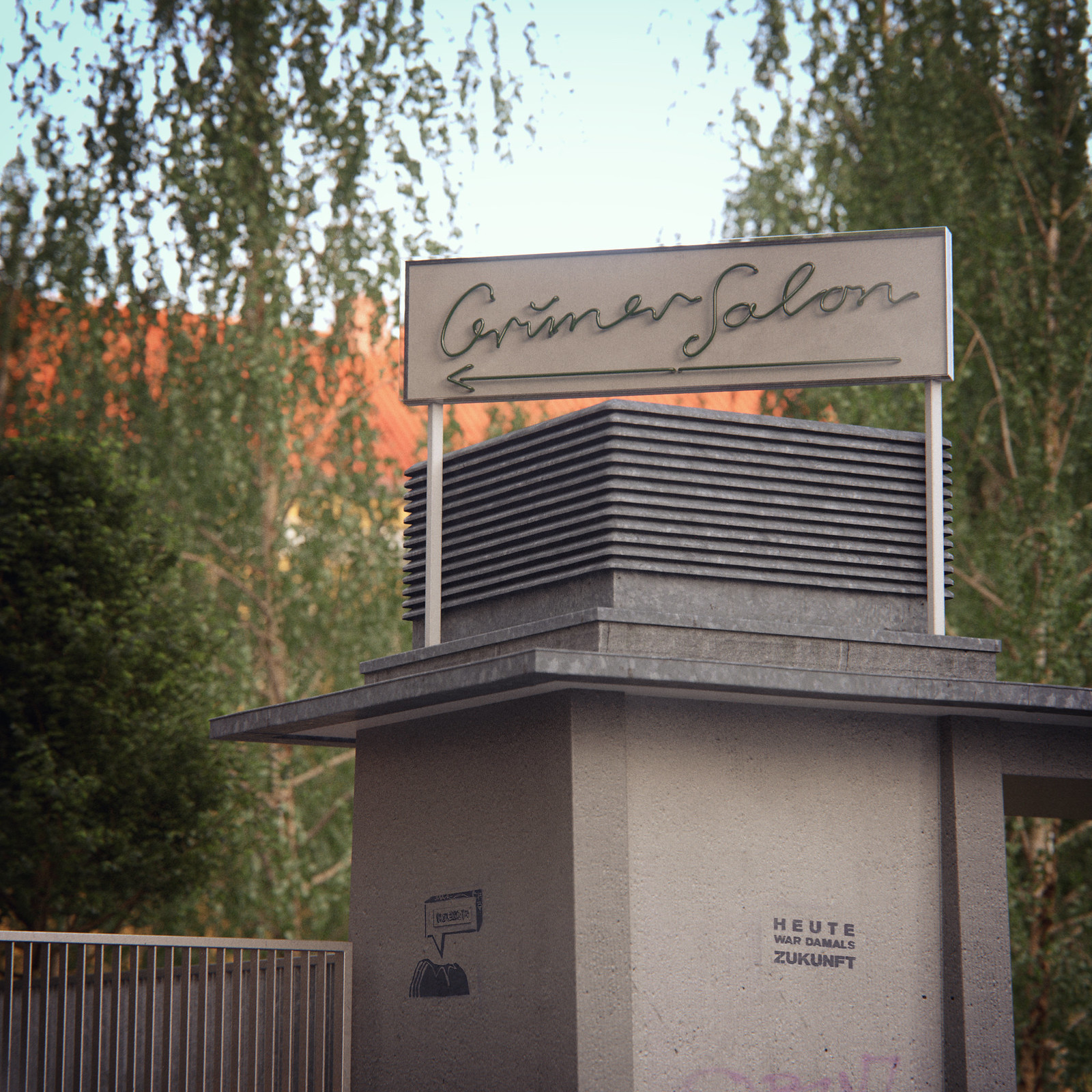 6 thoughts on “Of the people”