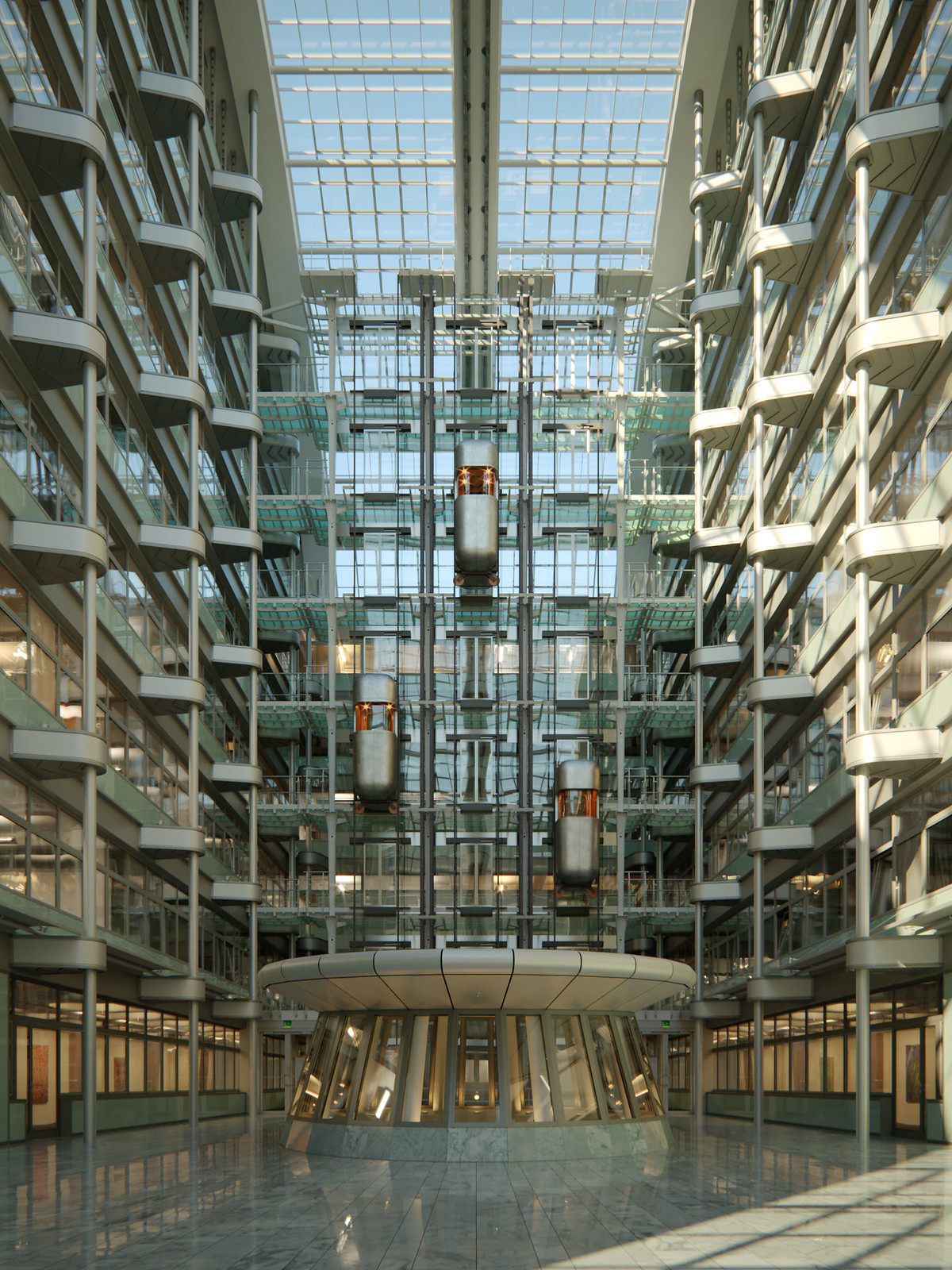 This may look like a set from Star Trek, but it is actually inspired by an existing building in Berlin (the city’s chamber of commerce), though with considerable liberties taken. As a footnote, for film and art buffs, the original building was actually used recently as a film set for Manifesto, an hypnotic video installation by artist Julian Rosefeldt, featuring Cate Blanchett.

This was meant as a RailClone study, to see if such a structure could be re-created almost exclusively using Itoosoft’s amazing plugin.

It was also an occasion to play with Corona’s new LightMix (yes, I know, it’s been around for a little while, but I’ve never been much of an early adopter) and Glare & Bloom tools.

If you want to play with it, the scene is for sale in the BBB warehouse here. It includes the RailClone scene with all you need to experiment. It also includes a non-RailClone version, with all RailClone objects baked into meshes with proper instancing so that it doesn’t get too heavy.

If you want to use the scene as a virtual set and don’t care much for the elliptical structure in the middle of the floor, there is an alternative version of the ground floor located in a hidden layer that doesn’t include the elliptical indentation in the middle. Just activate it and hide the booth and the existing marble floor and you’ll be left with only the facades and the elevator shaft. 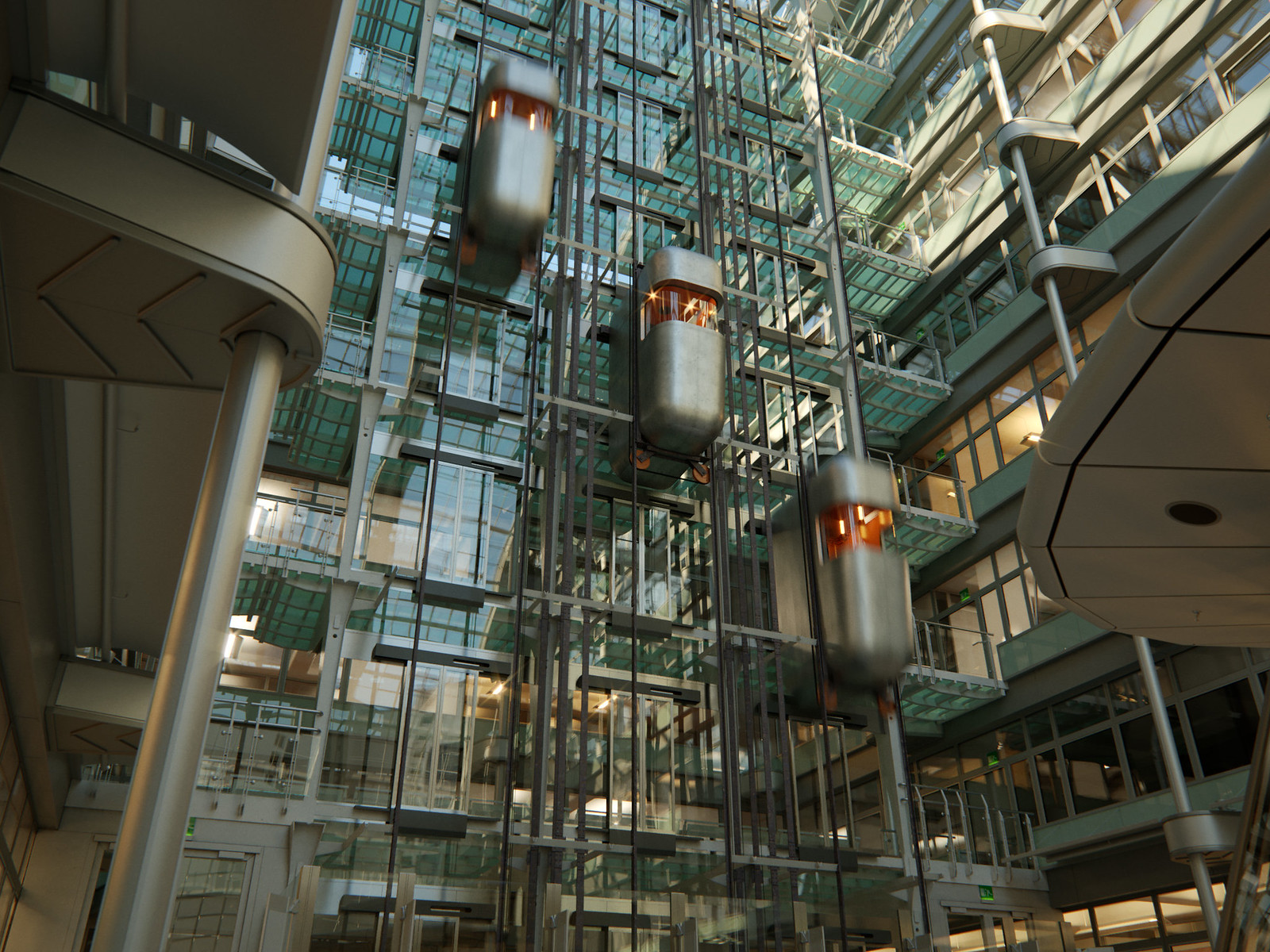 Again, I found RailClone to perform beyond all expectations. The images here are almost 90% RailClone, based on the few segments shown below: 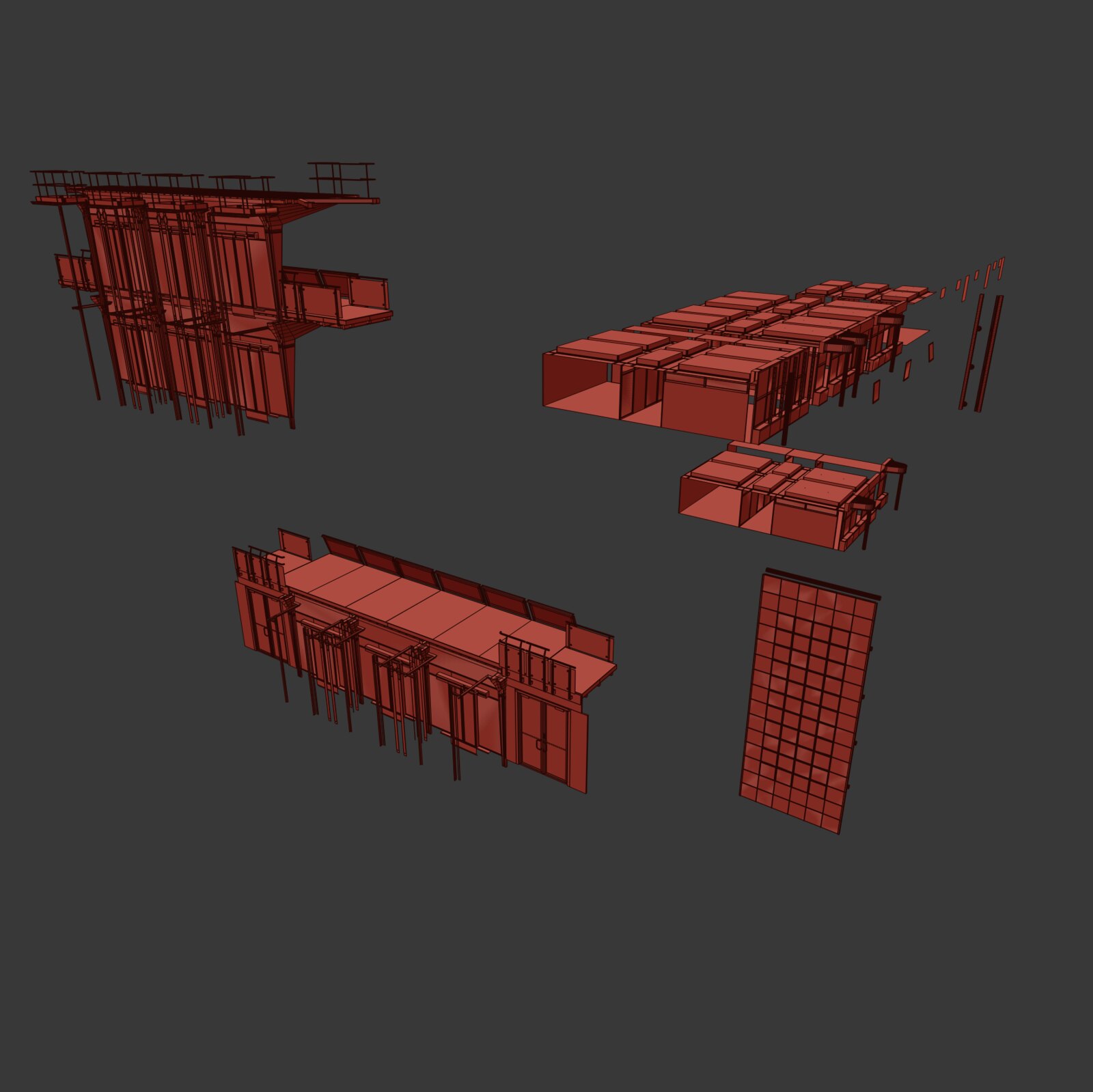 Here are the splines I used to guide the arrangement of the building (the closed one is a clipping spline that tells RailClone to ignore all parts of the segments outside it). 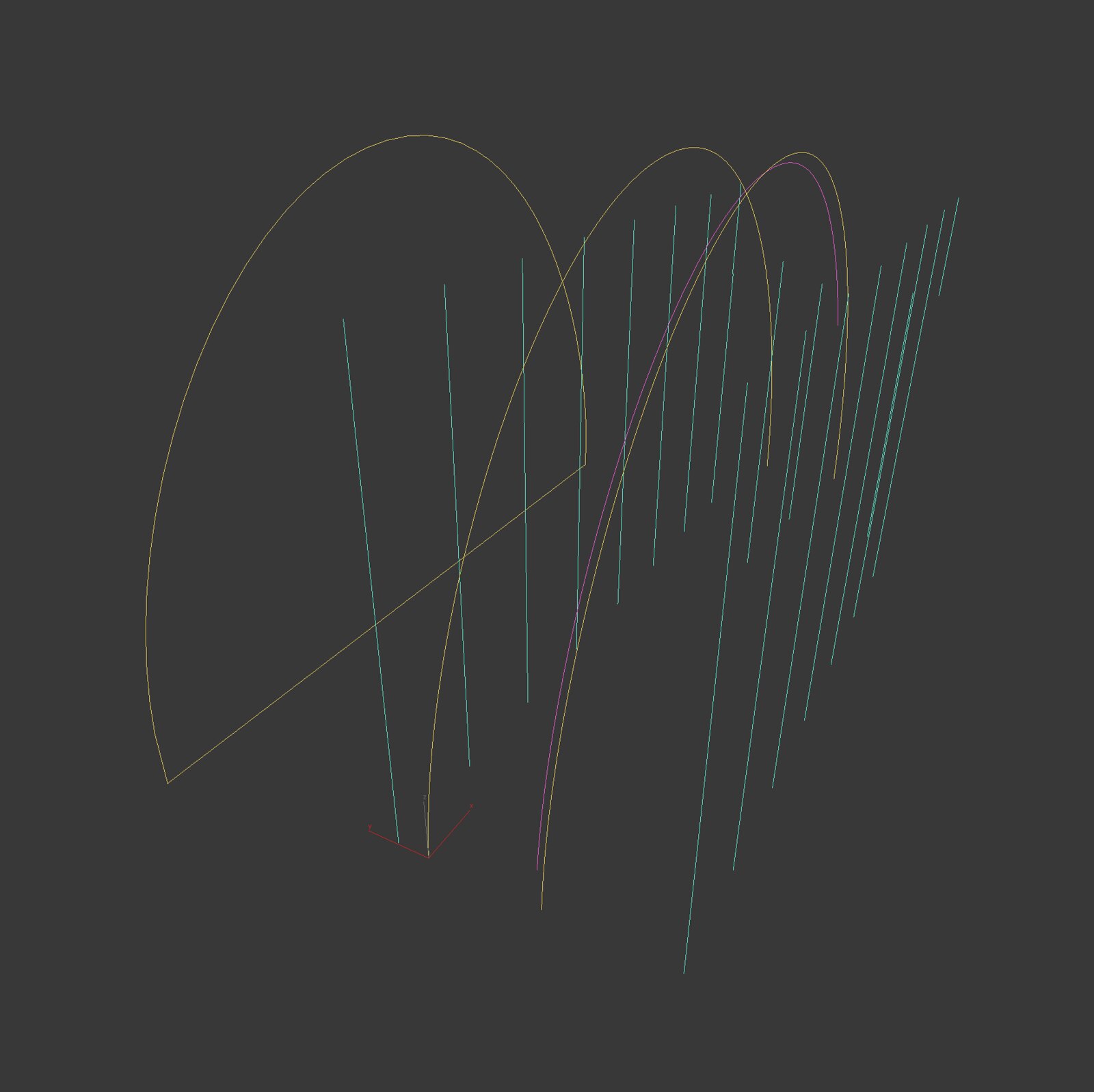 And here is the final RailClone structure, shown as a point cloud. 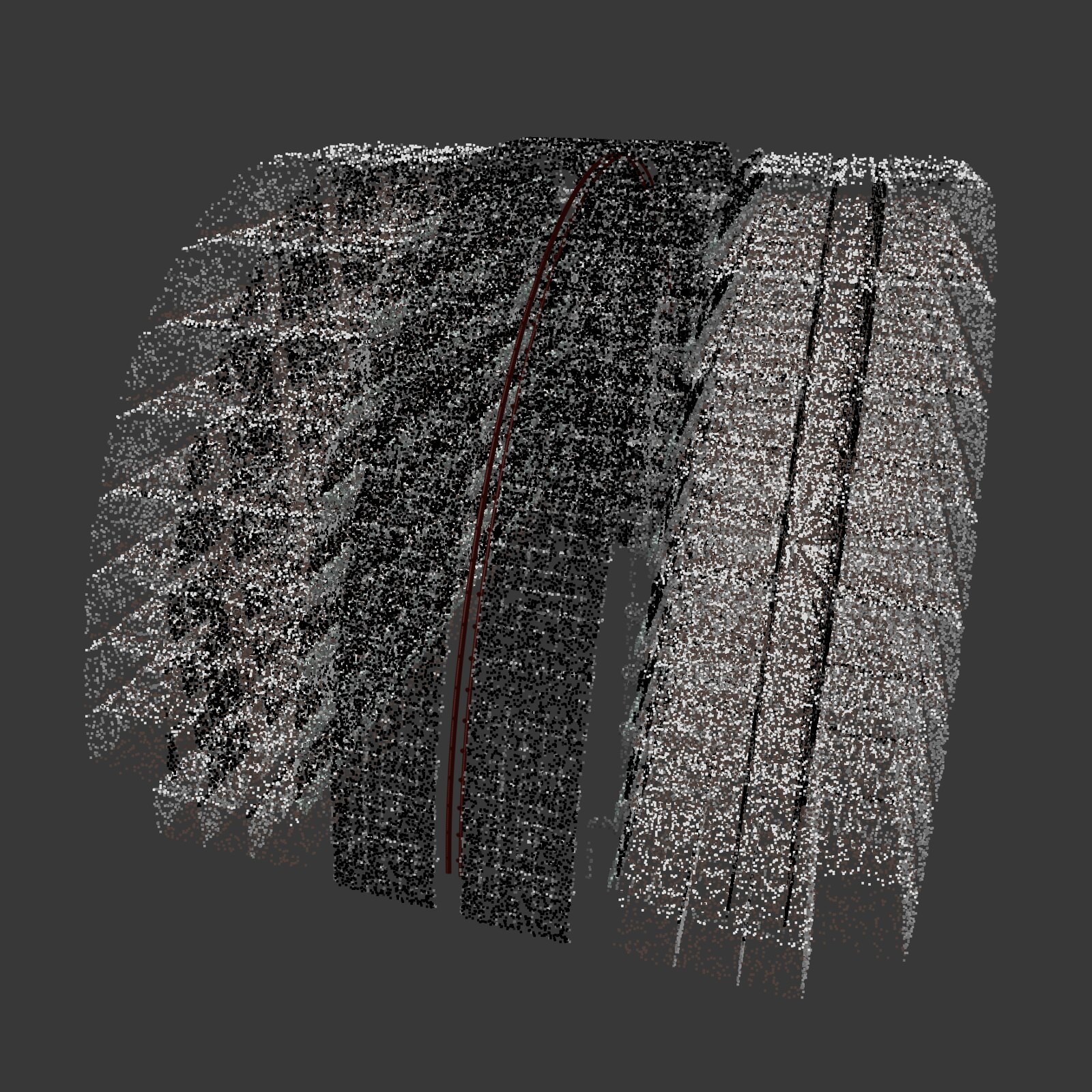 This is the way it looks as a mesh, with instancing preserved: 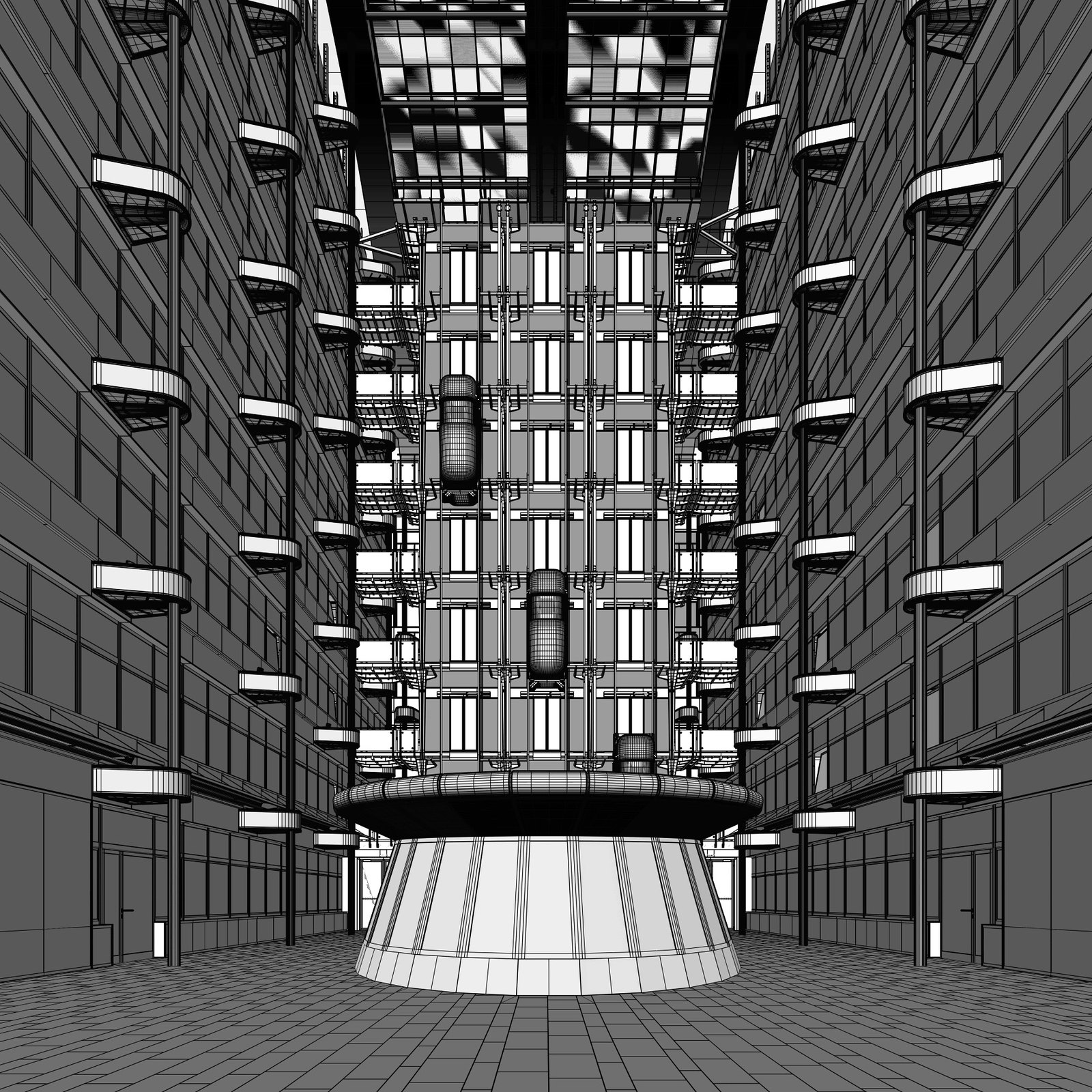 And the entire scene, including a backdrop building: 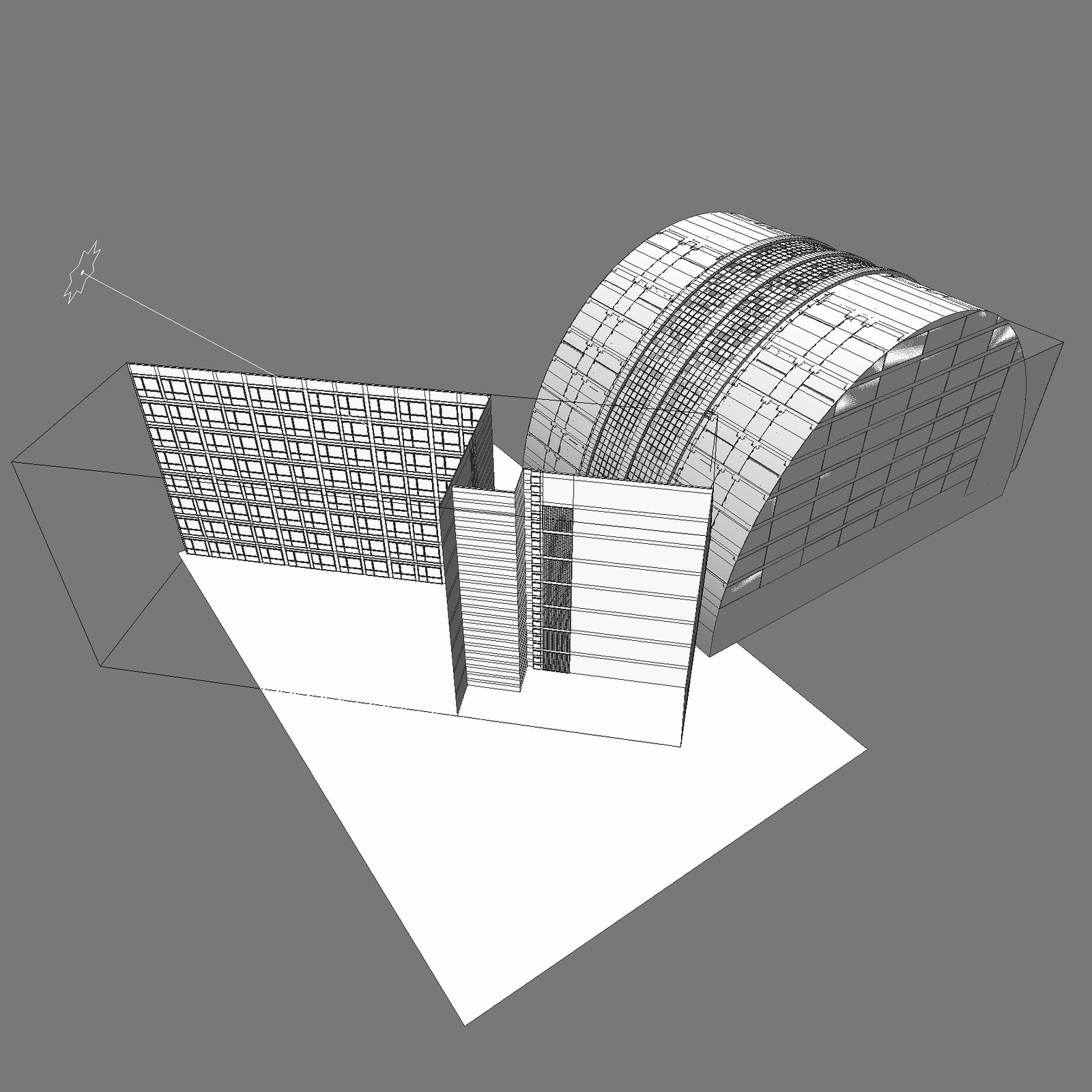 A few more renders below, using different settings in LightMix. For a complete set of images, check here. 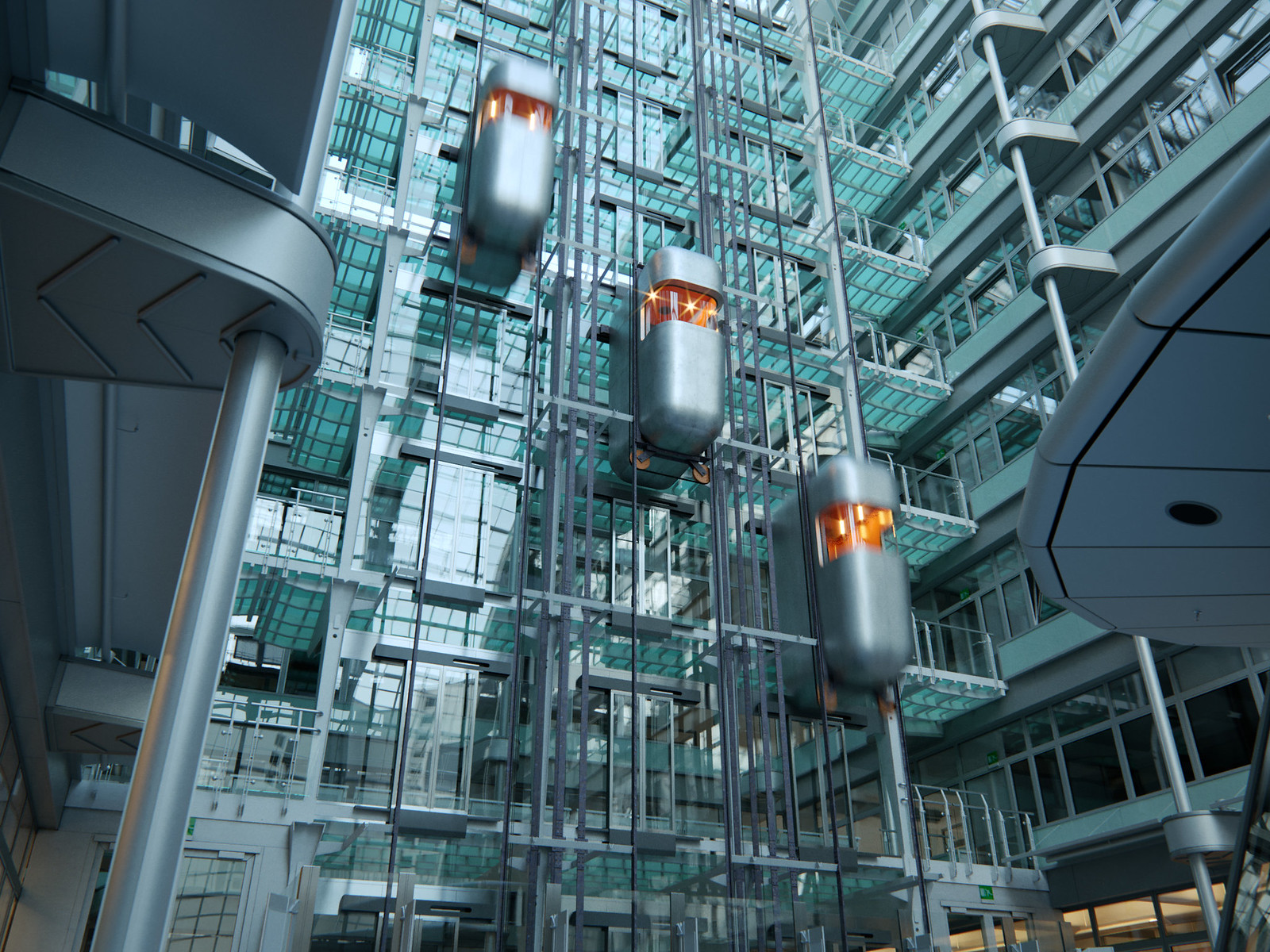 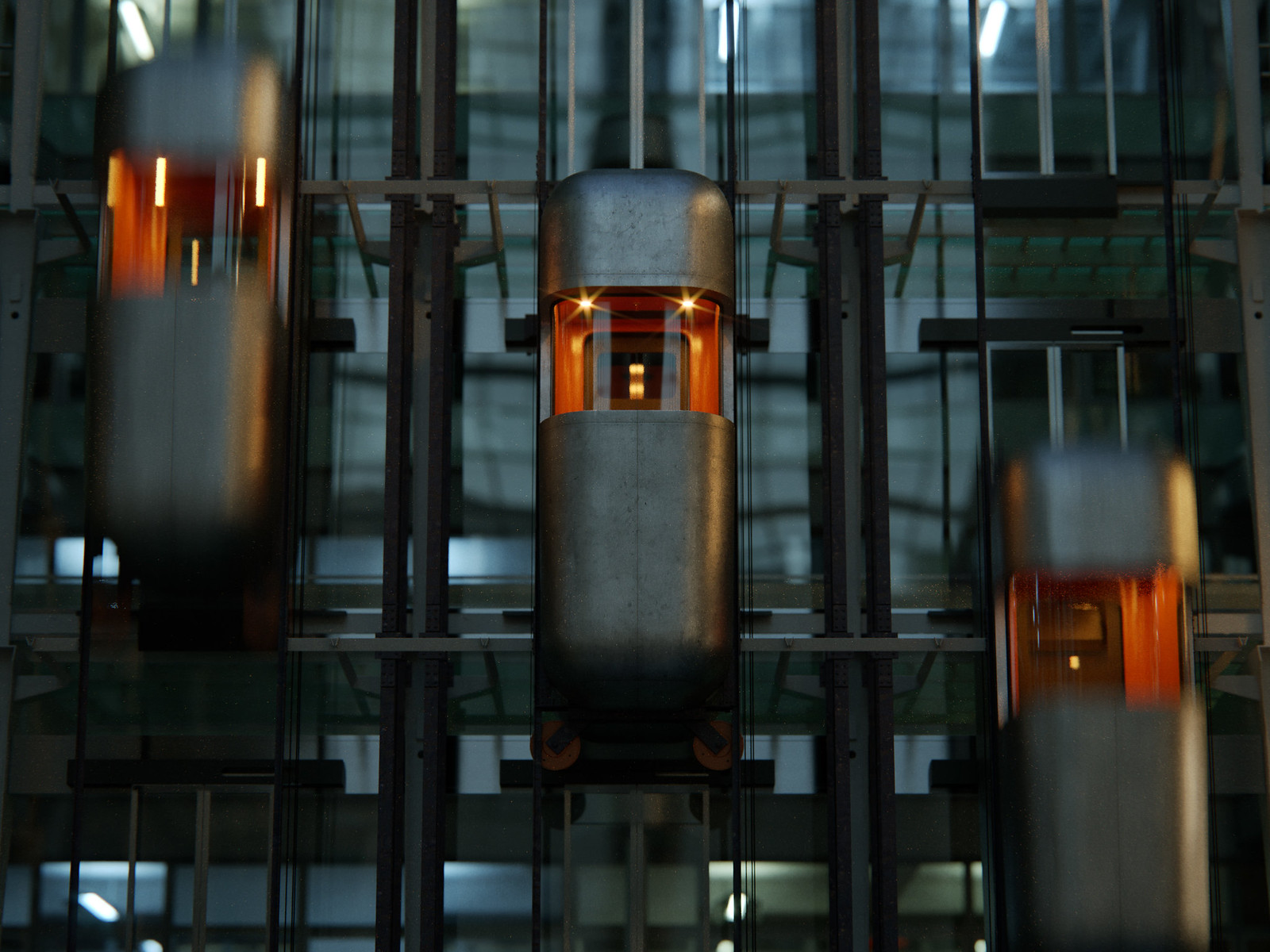 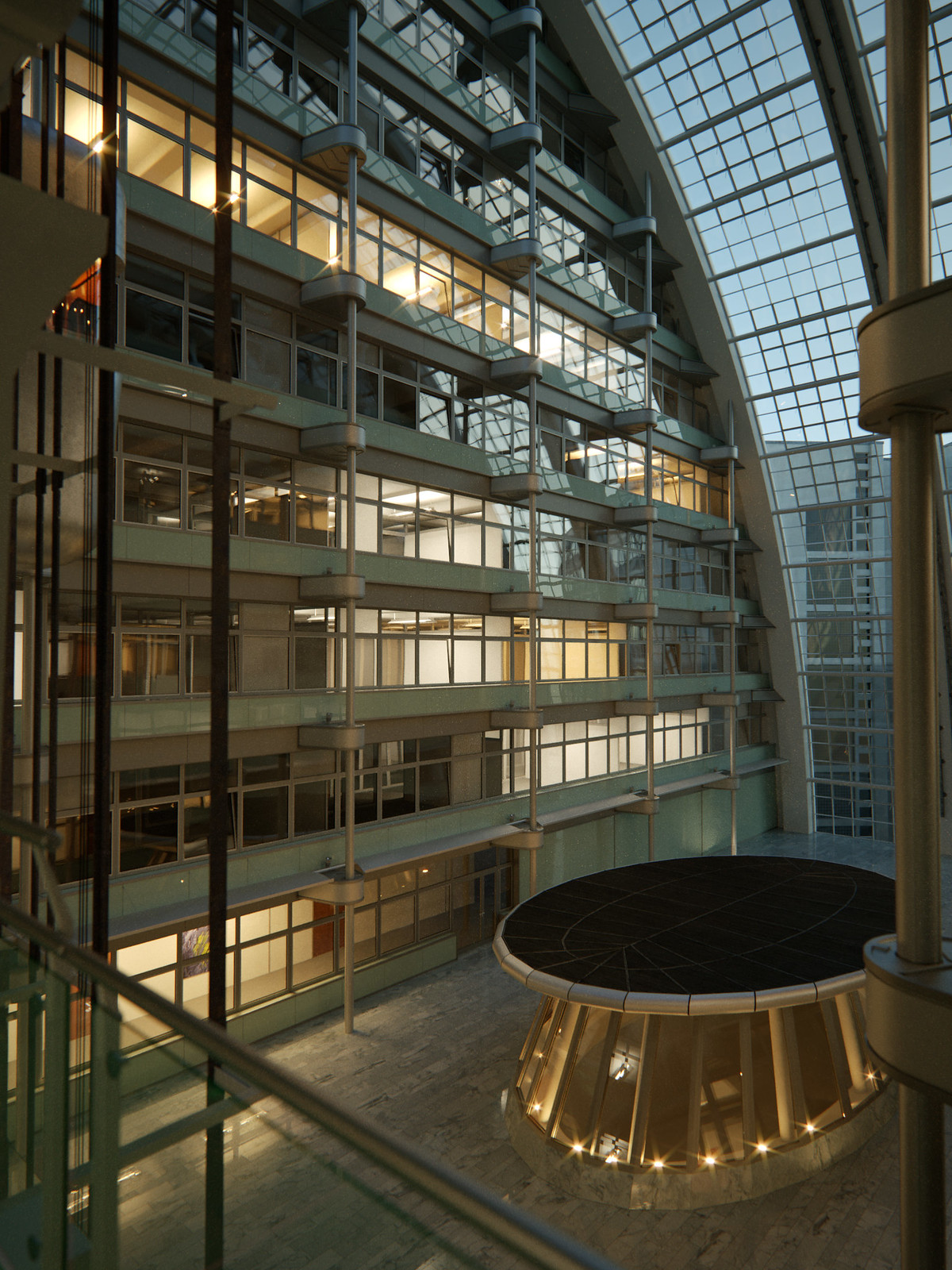 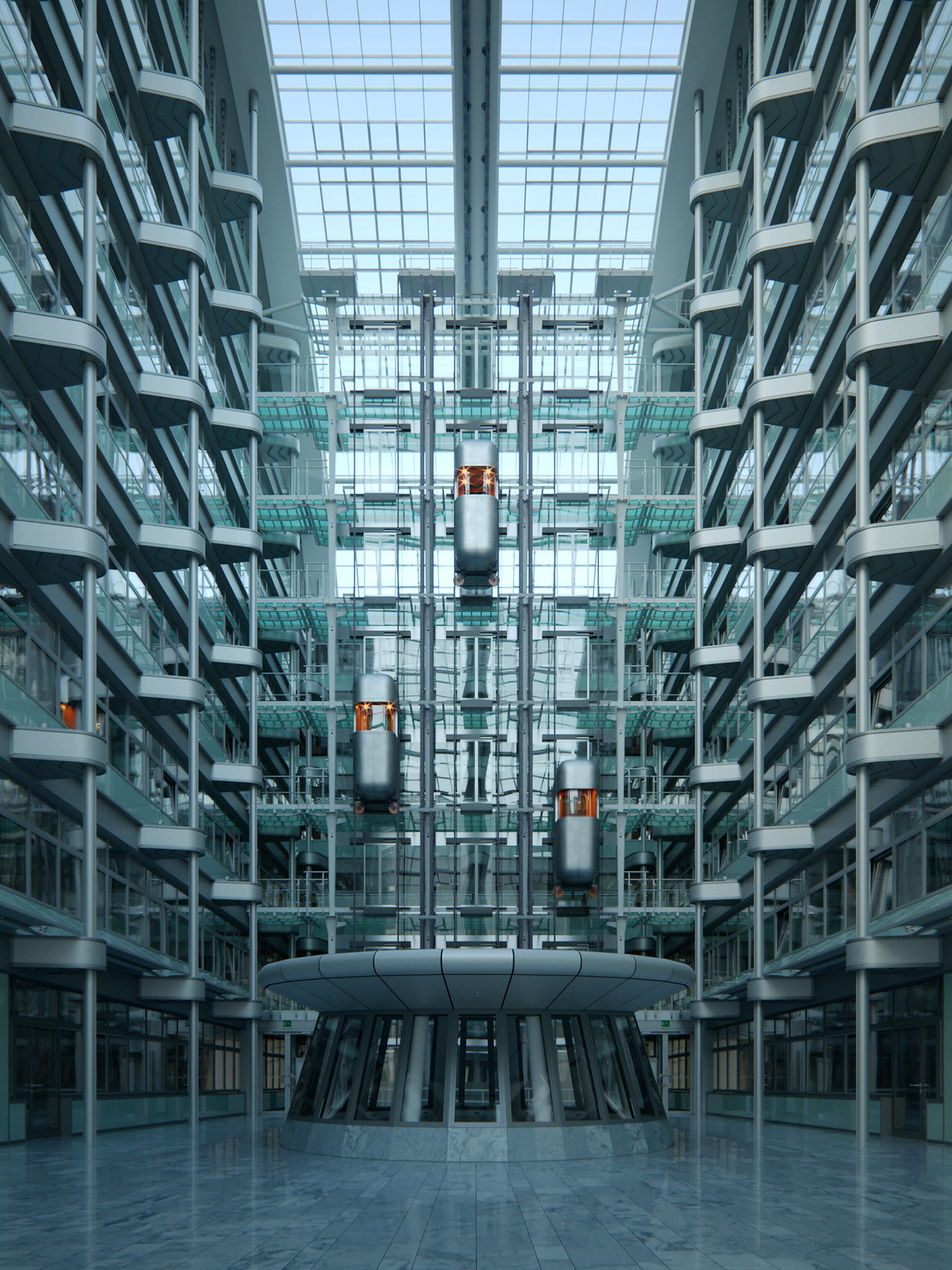 1 thought on “Of the Future”