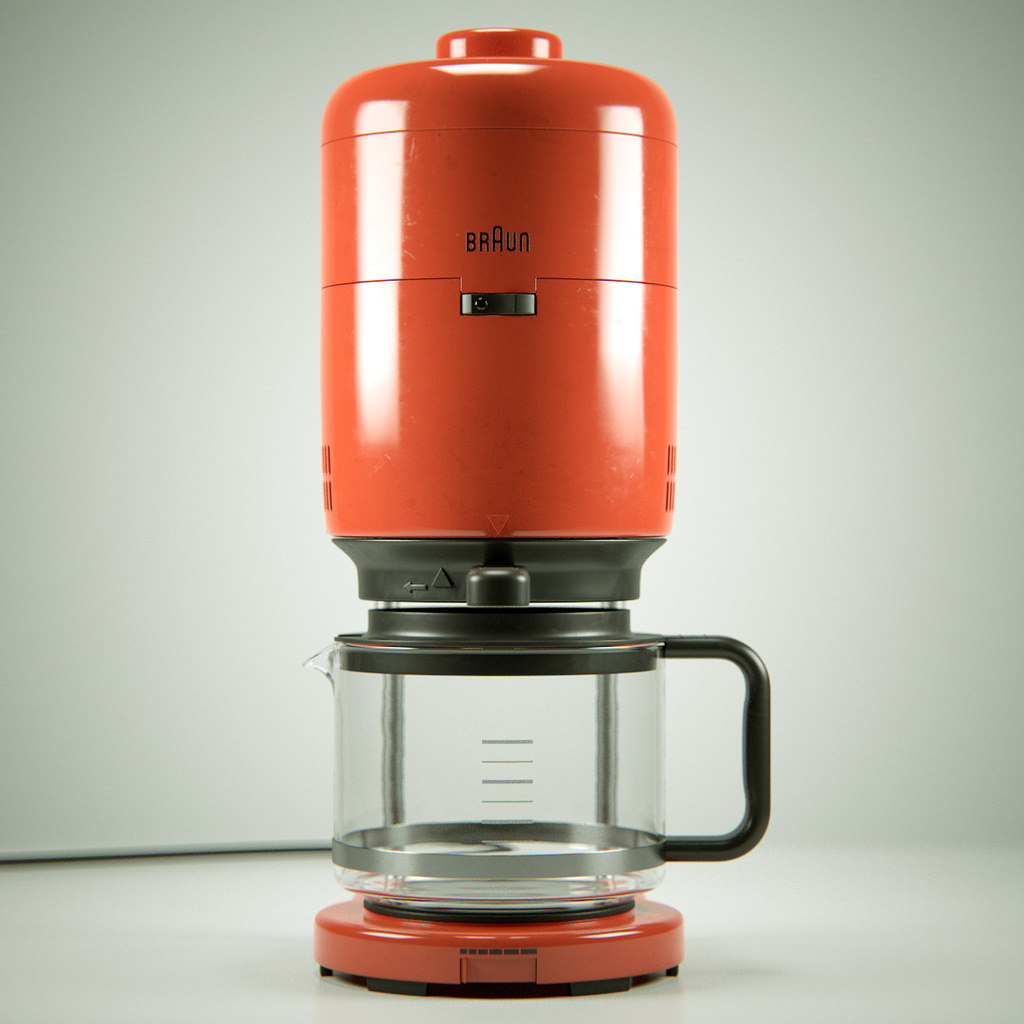 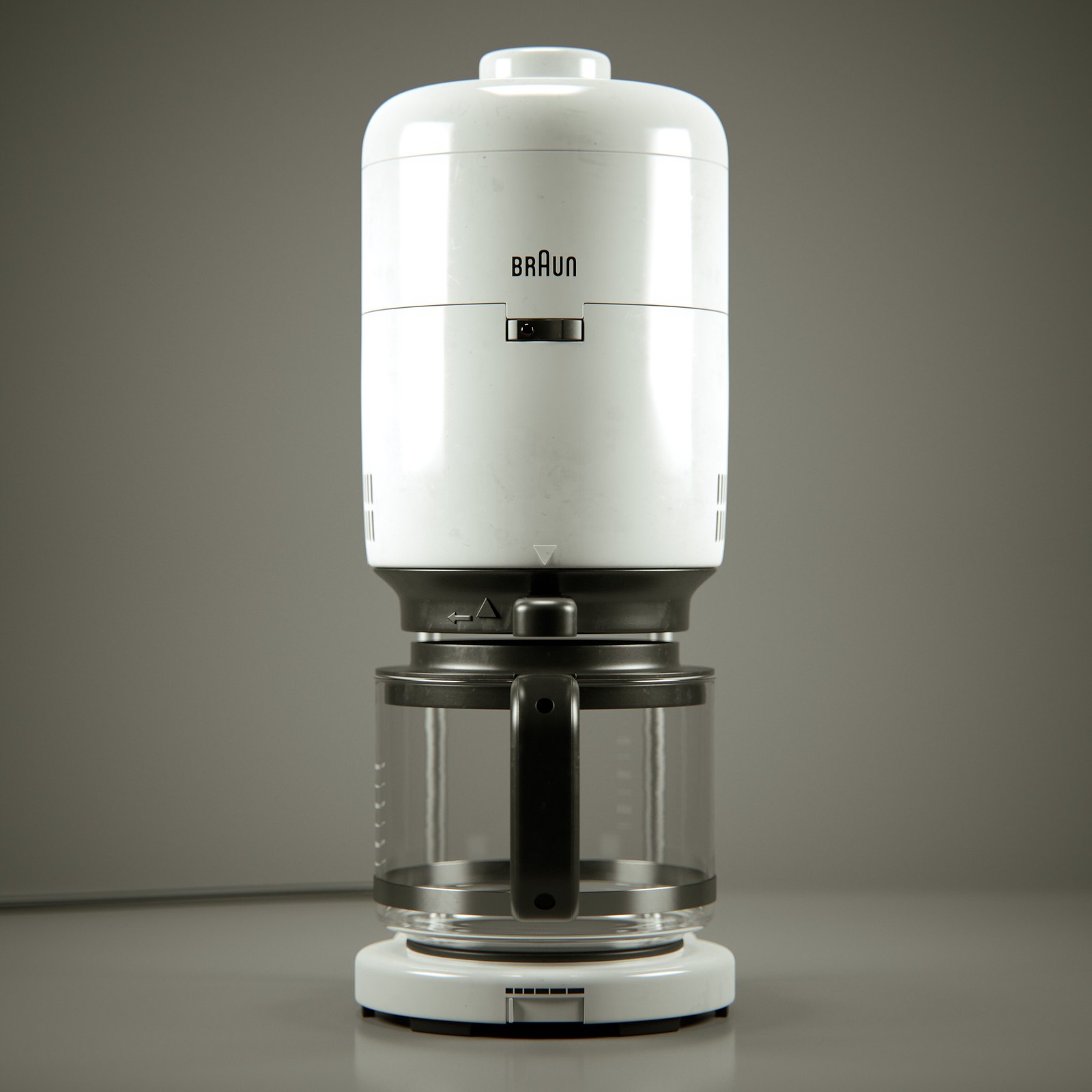 I know. I have a bit of a coffee obsession. Three coffee machine modeled in just a few months. But honestly, vintage bean juicers are a thing of beauty.

This one is the KF20 Aromaster, designed in 1972 by Florian Seiffert for Braun, which back then was still a German company and one of the most prolific sources of the kind of rarefied minimalist design that Apple is known for nowadays.

This was a relatively quick one to model, largely because unlike most of my other models, I didn’t UV-unwrap any of it except the metal ring around the glass container. Instead, I used V-Ray’s triplanar map to add subtle texture details to the main plastic body. The dial marks on the front of the bottom part is just a decal, projected via a UV modifier set on a second UV layer. By the way, these faint marks and smudges were obtained by scanning an iPad screen in a flatbed scanner. Interesting grunge maps guaranteed.

On a side note, this was my first scene fully modeled in 3ds Max 2018. While 3ds Max 2017 was a broken disgrace of an update (I could seriously make it crash by just looking at it), Max 2018 has been only pure joy so far. It doesn’t have much in the way of new features–in fact, I can’t think of any right now–but it seems as solid and stable as Max 2016. This may not seem like much but by the abysmal standards Autodesk has set for its recent updates, being able to actually use the software is a big feat, albeit not one that would ever persuade me to hop onto the rental bandwagon of death. I’d love to hear what others make of 2018 and will definitely report back on how it holds up in much more complex scenes.

I also used V-Ray 3.6 here, which is an entirely different story altogether. Unlike Autodesk, Chaosgroup is known for its jam-packed and mostly free updates. I just love how the IPR is developing, and the addition of a focus picker right in the VFB is a godsend. It’s long been one of my favorite Octane features and I love being able to use it in V-Ray. Version 3.6 also brings a number of updates to V-Ray RT. I’m still not a huge fan of it though, partly because it still feels very slow on my 1080ti–slower than the CPU alone, even in such a simple scene–which is puzzling considering how fast Octane is. Most people love RT, which tells me the slowness could be a problem with my system. I’m told my aging HP Z820 doesn’t play well with big GPUs. Definitely something to look into and test further.

A few more renders below. Enjoy and let me know what you think. 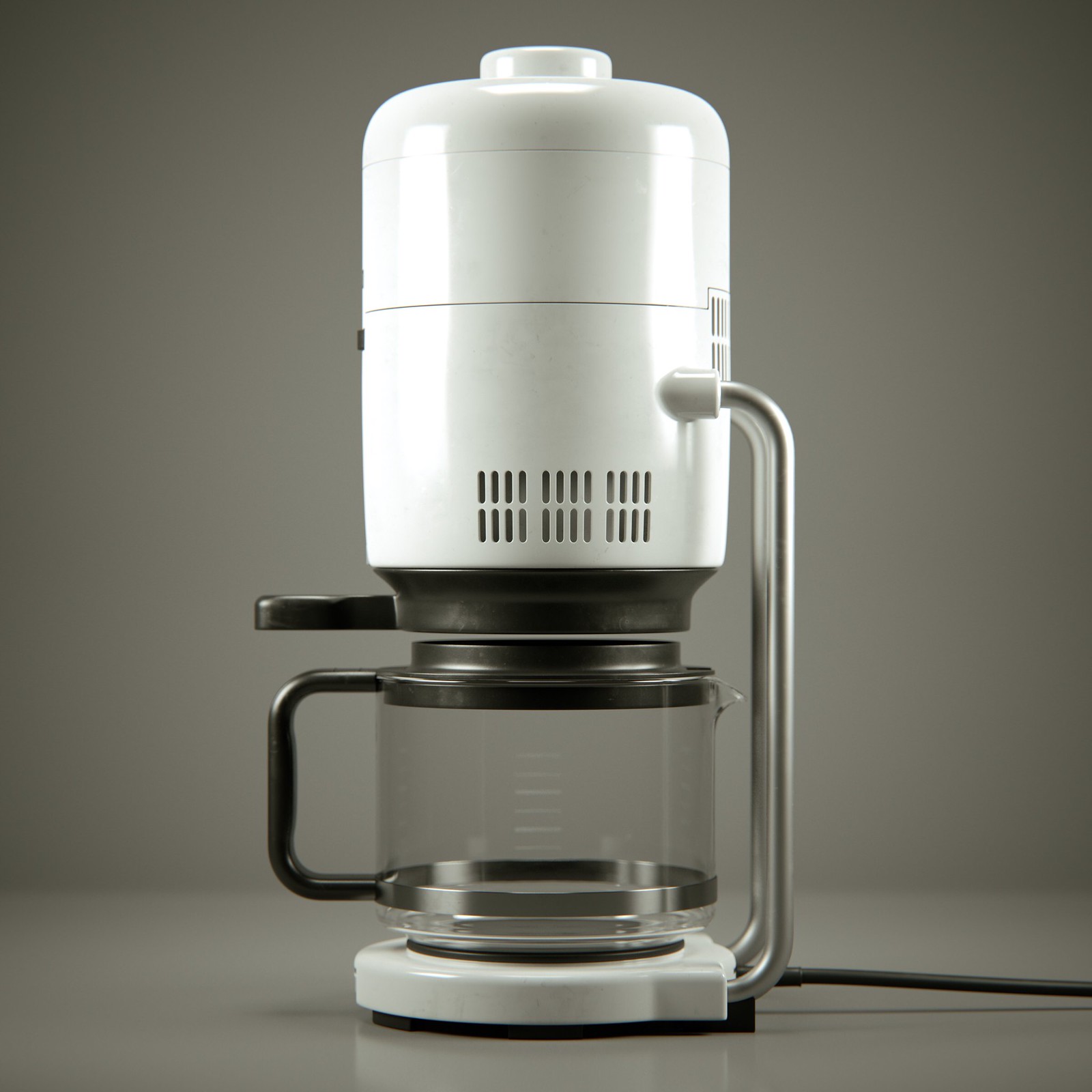 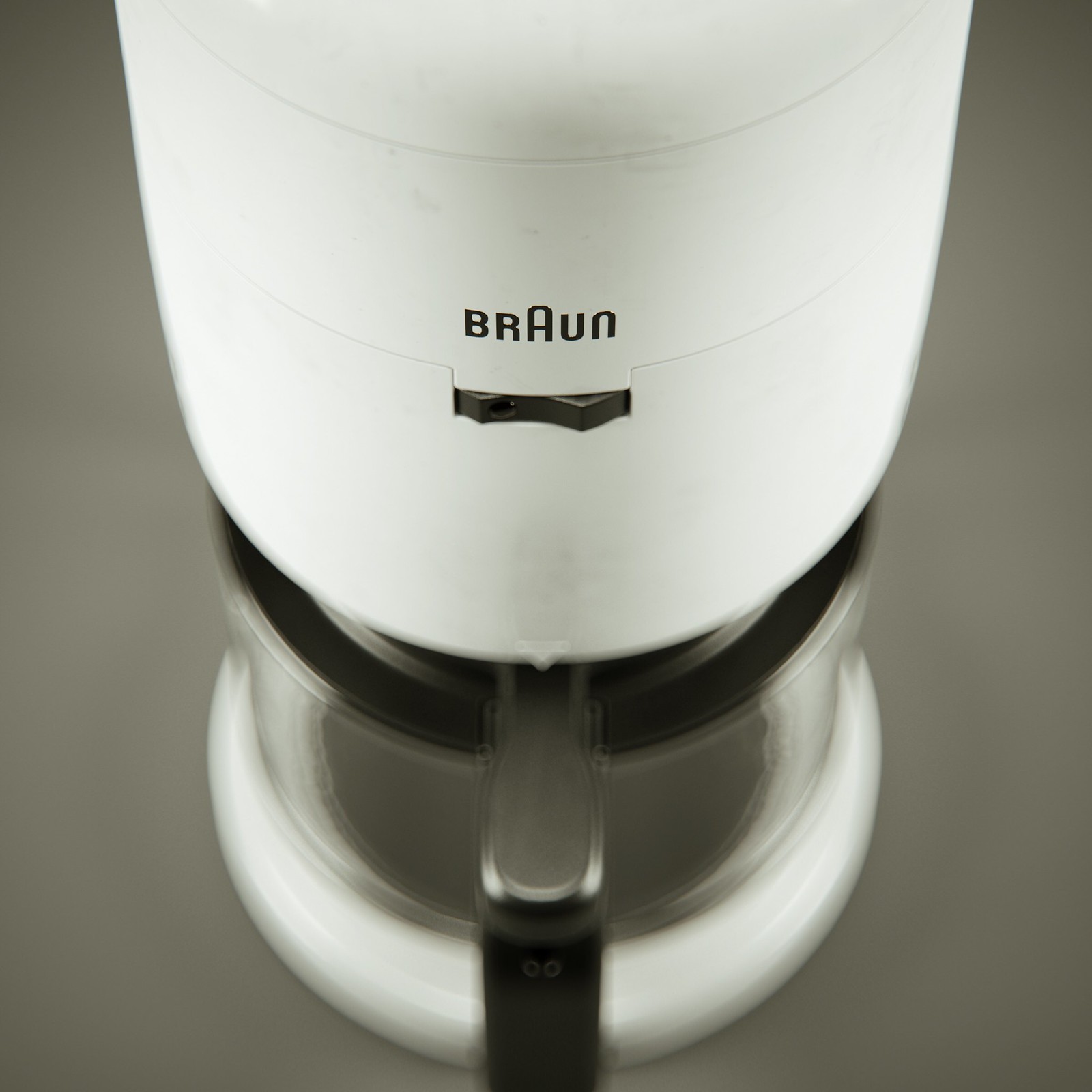 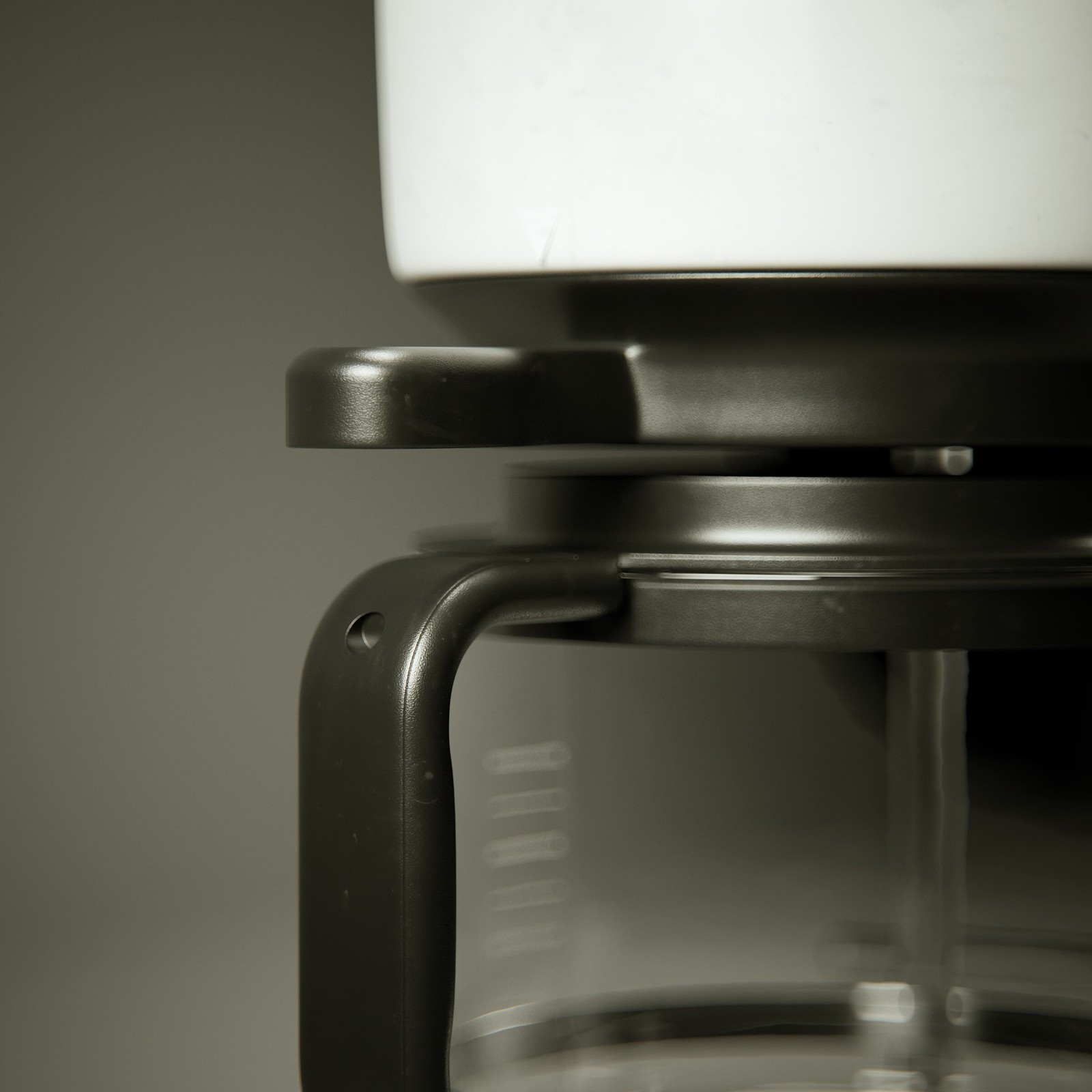 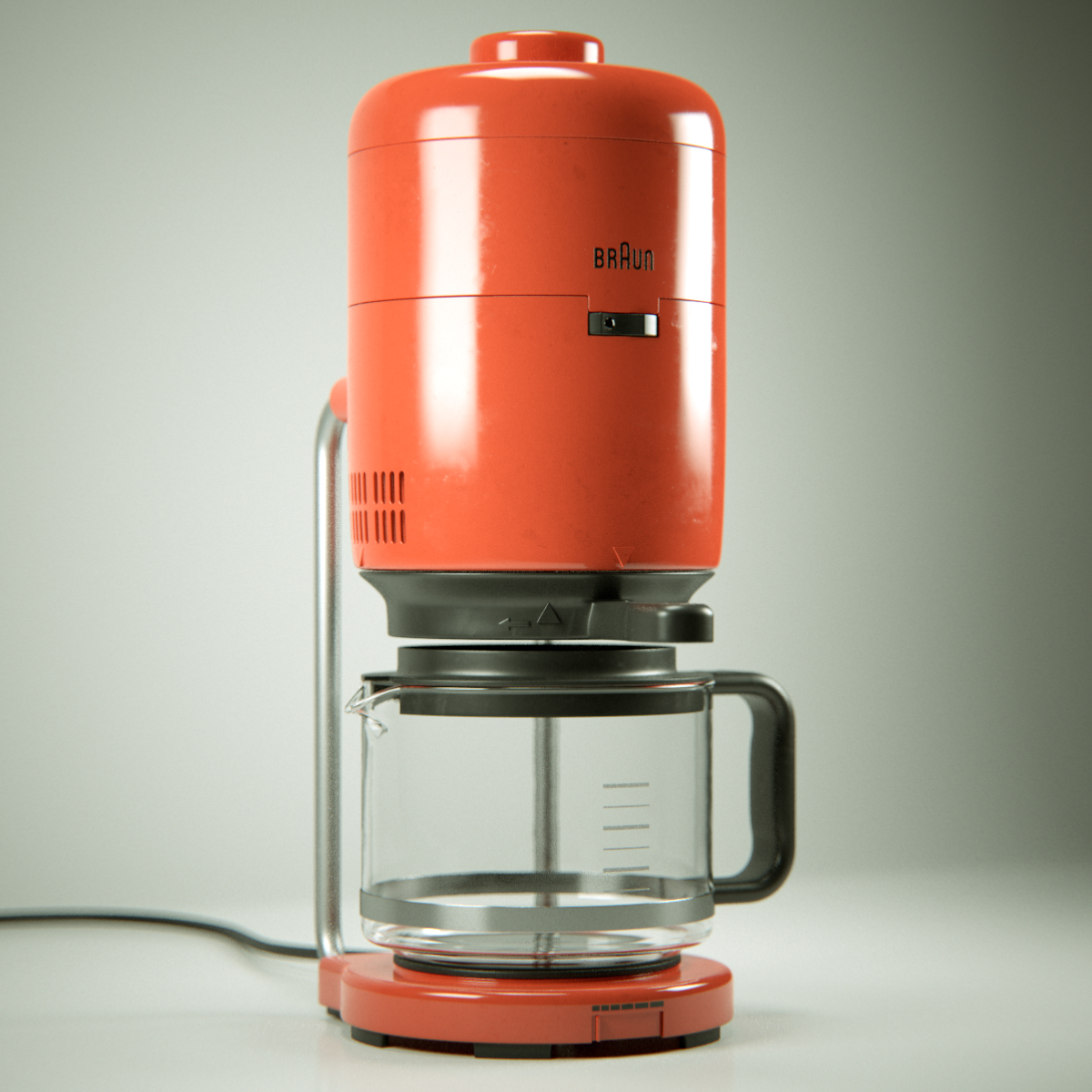 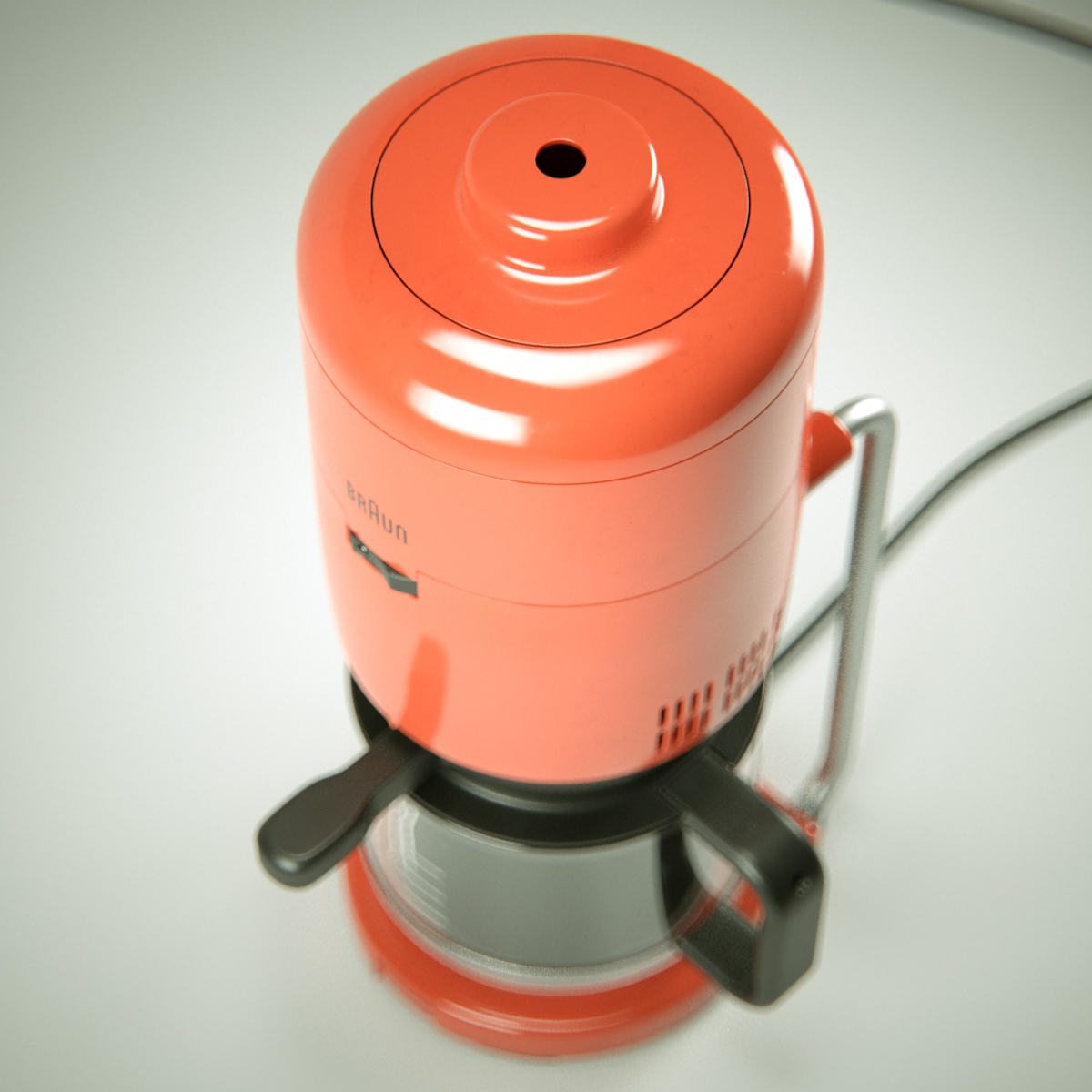 6 thoughts on “not just another coffee machine”