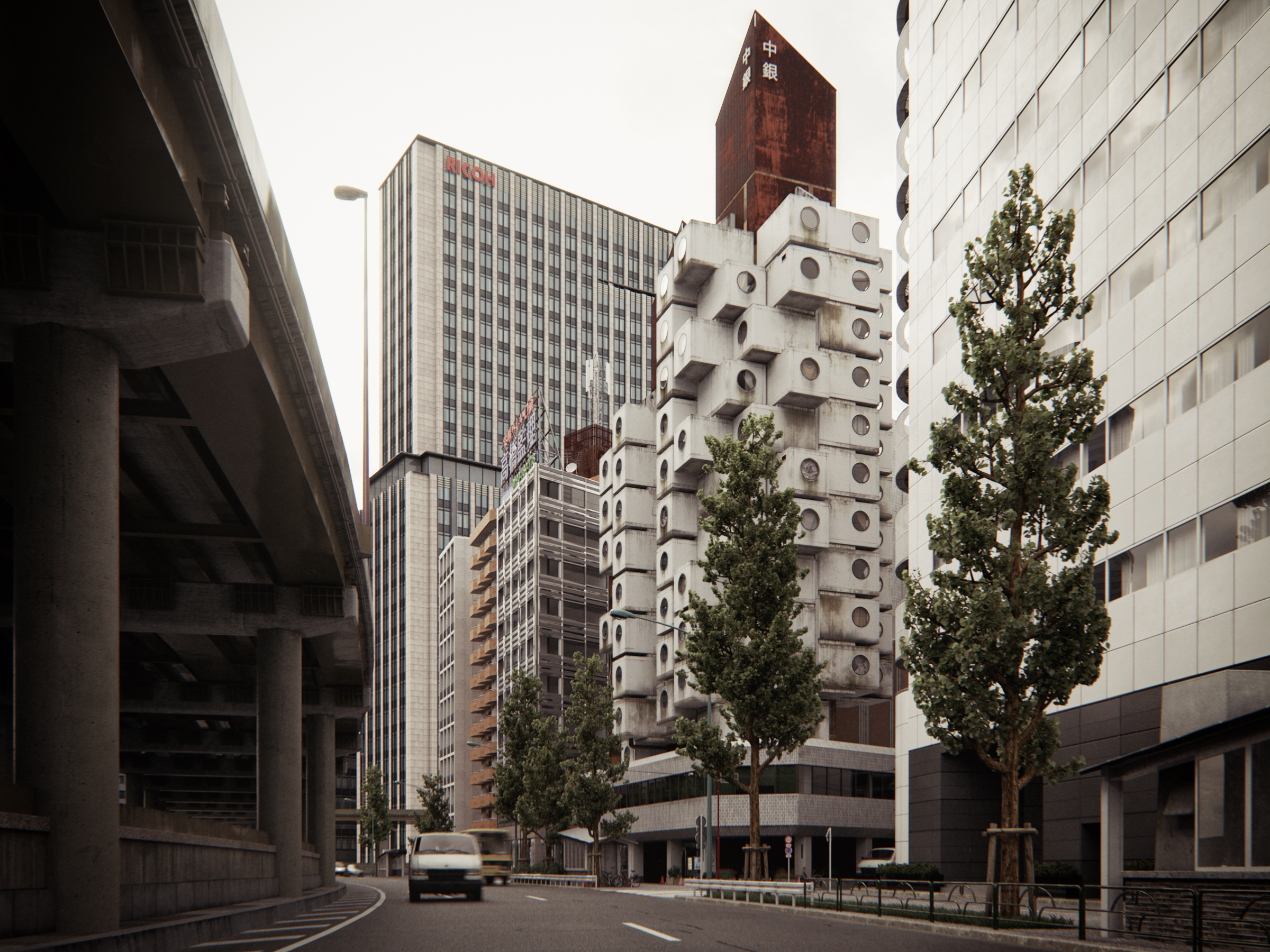 Here’s one I’ve been working on for over three months, very much on-and-off depending on the day job. I call it finished though it could use more details in places (and has some superfluous details that are hardly visible).

This is my rendition of the 1972 Nakagin Capsule Tower in Tokyo by the late architect Kisho Kurokawa. This is a full-CG environment and an attempt to model and render a detail-heavy urban scene. As usual, the modeling was done in 3ds Max and the rendering in V-Ray.

This is another example of a scene I couldn’t have done without IToosoft’s RailClone and Forest Pack. In order to keep the scene as light and reactive as possible, I used RailClone to model the highway on the left, the fencing on the right, to position the trees and to build some of the most complex buildings (though not the capsule tower).

For lighting, despite the uniform look, I used quite a few different HDR skies from various vendors, including this one, this one and this one by Peter Guthrie. The last exterior render (with the bright sunny look), uses a nice free HDR sky by Vizpark.

The trees were modeled with Exlevel’s GrowFX (three different versions) and left as GrowFX objects in the scene, which turns out to be a very lightweight way to work–as opposed to converting the trees into poly objects and then into V-Ray proxies, as I would normally do. One advantage is that you retain access to all GrowFX variables.

I’m considering trying to render a video of this scene, though I’m going to have to tweak the render settings considerably for speed.

Here’s a link to a series of test renders done throughout the project, and more views below (click on the images for full-res renders on Flickr).