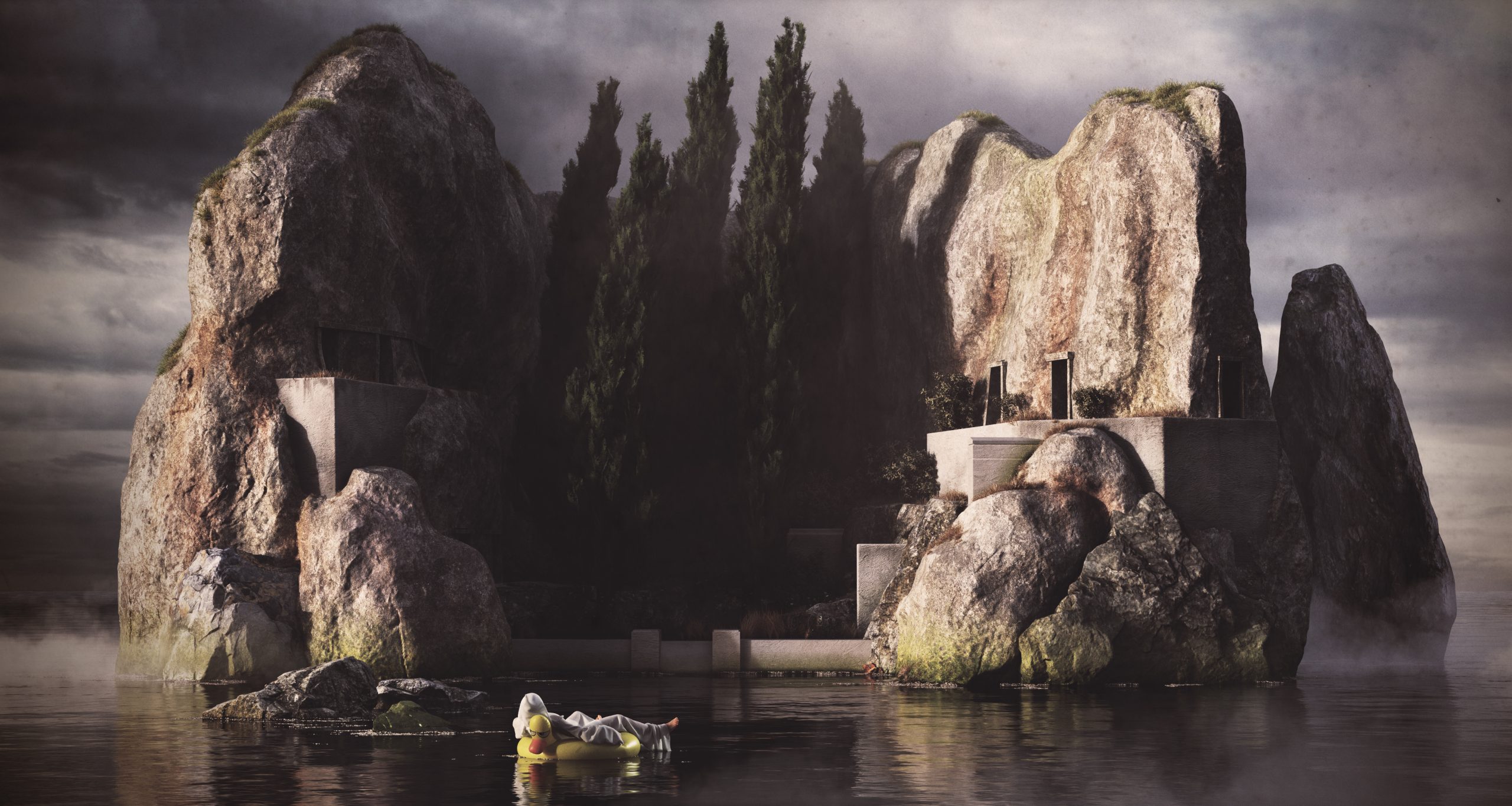 Now for something slightly different.

I was in the fine city of Leipzig late last year–which is special to me for being home both to the Leipziger Lerche and to Neo Rauch and the Leipziger School of painting–when I ran into Arnold Böcklin’s Isle of the Dead while visiting the city’s wonderful art museum.

Back in Berlin, considering marzipan while listening to my favorite podcast Martini Giant and reflecting on the intersection between painting and digital art, I resolved to make a 3D version of the Isle of the Dead, which would also serve as step one of a then sketchily formulated plan to push my CG a little beyond pure Archviz.

Böcklin painted a few versions of the motif, not to mention the myriad print reproductions that were produced in his lifetime. As it happens, I picked not the Leipzig version but one closer to home, currently hanging in the Old National Gallery in Berlin, as my model. The Dude came about for lack of a better idea.

For the nerds among us, this was done in 3ds Max and V-Ray Next GPU, as usual. There was a fair bit of ZBrush involved as well as Substance Painter to texture the main rock. The sky and the backplates are by Peter Guthrie, although I also used quite a few V-Ray lights to better sculpt the volumes. The VDBs for the fog and clouds were done with PhoenixFD.

4 thoughts on “Isle of the Dude”