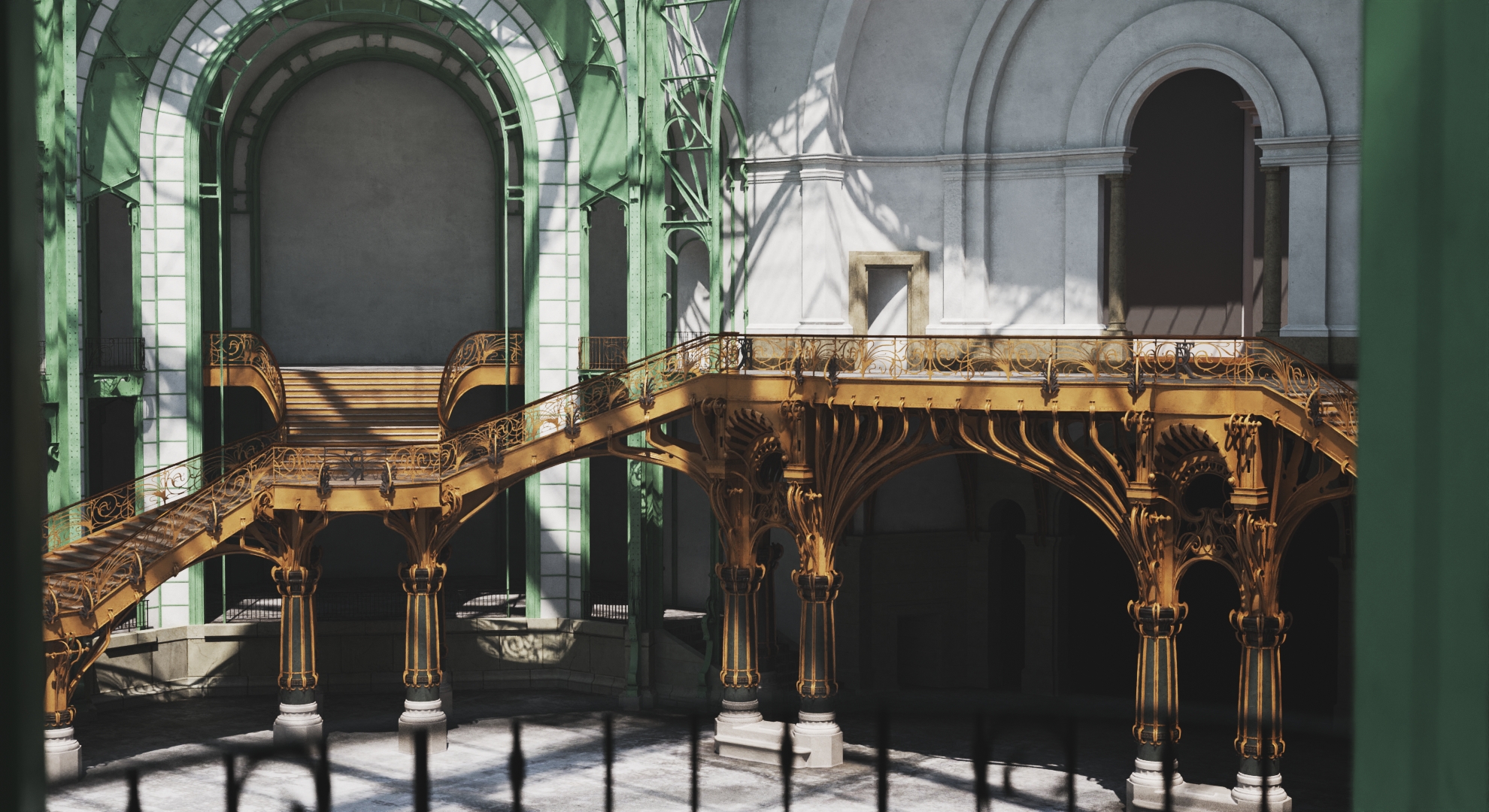 This one is a bit of landmark, not just literally but also because it was probably the longest it’s taken me to build a 3d model-at least six months. If I’d known, I doubt I would have embarked on the project.

The Grand Palais, now available on my TurboSquid store, is a 20-million poly 3ds Max (2019) scene that can be used as such or serve as a showcase for product renders.

The scene is shaded for V-Ray 5. Some of the elements of the model are unwrapped while others, including all the steel trusses and the bulk of the monumental staircase are textured using triplanar and the UV randomizer (something to consider if you want to bring it into Unreal or another real-time package).

As a reminder, the Grand Palais is a 1897 exhibition hall that was purpose-built for the 1900 universal exposition, replacing a pre-existing structure. The glass roof is its most striking feature and testament to the fact that, at the time, electrical lighting was still not widespread. While the Palais is currently undergoing extensive refurbishment, this model represents the state of the building before renovation. Or, as the French would say, “dans son jue”.

Hope you like it and as always delighted to hear your comments or answer your questions.