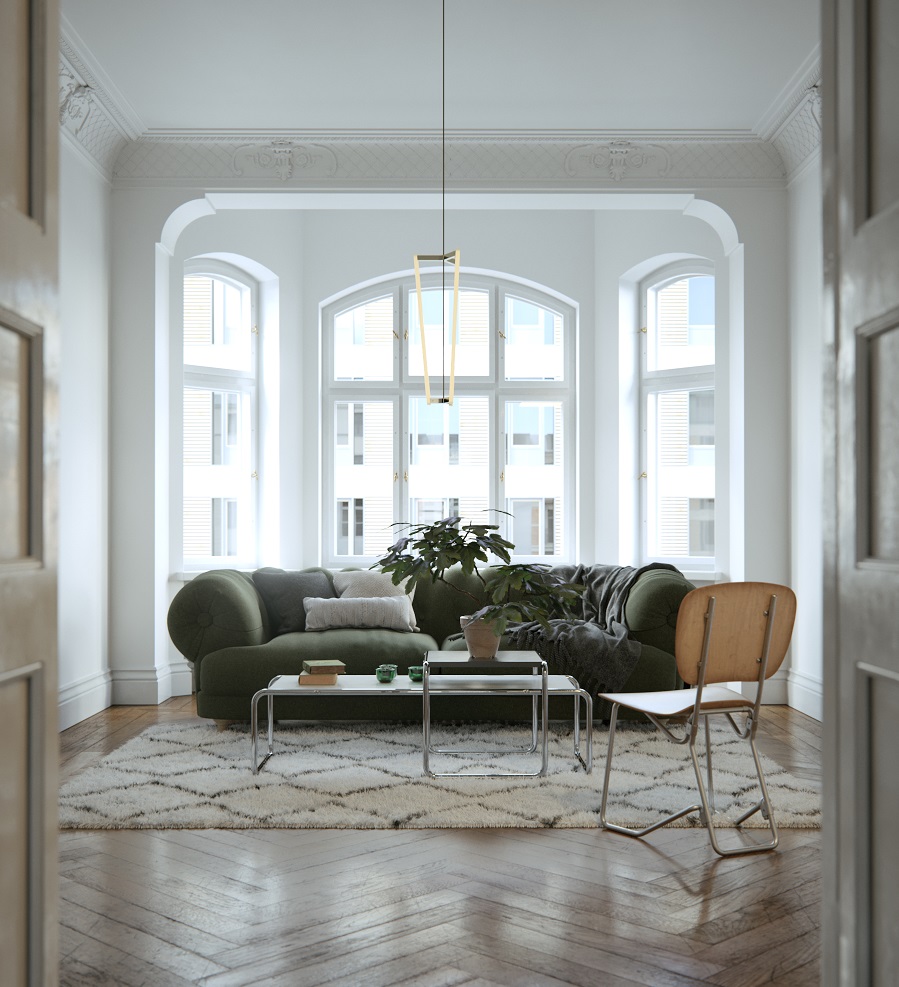 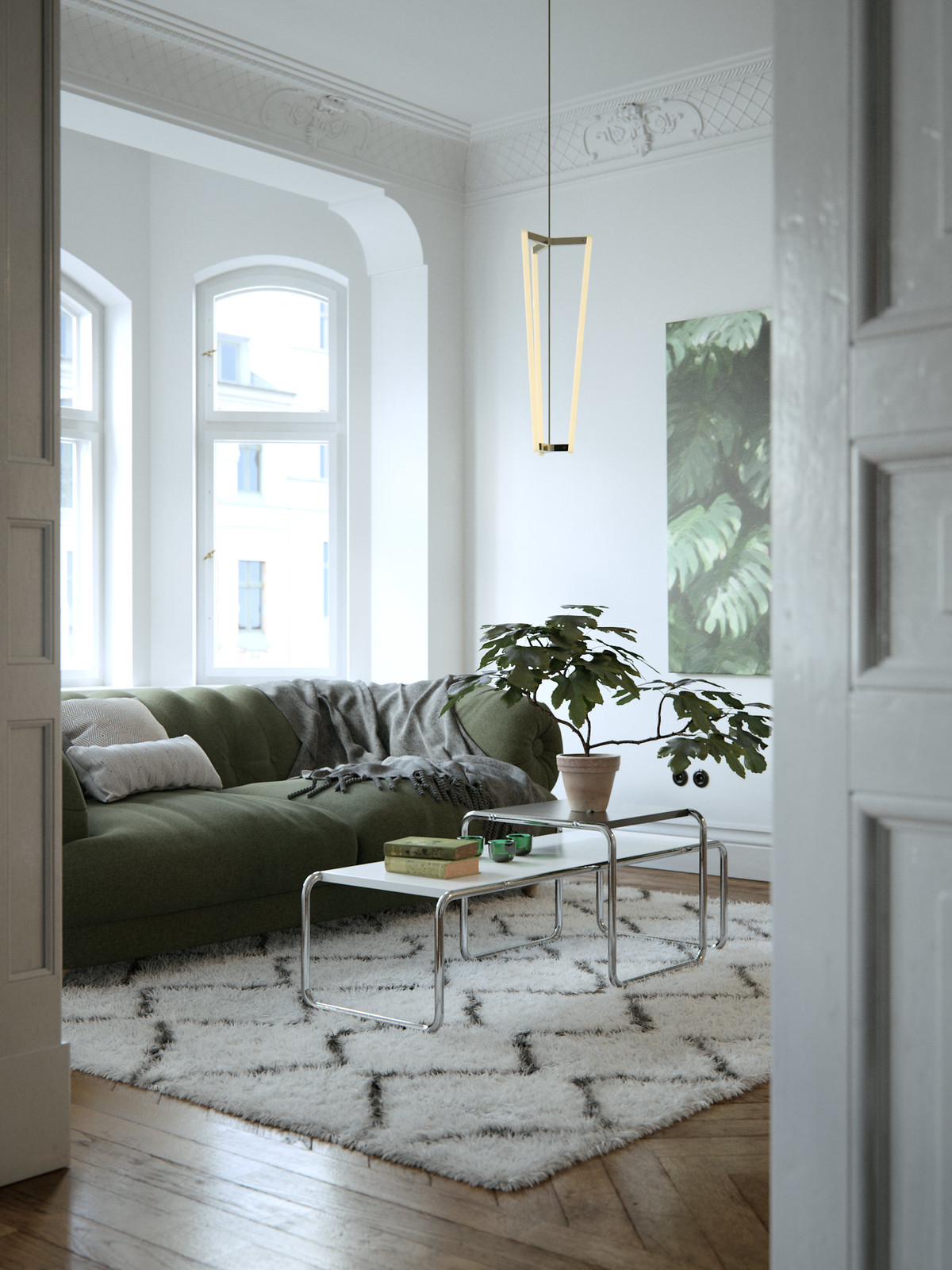 Continuing my exploration of GPU rendering, I wanted to celebrate my modest workstation upgrade (from a one-card to a slightly less slow two-card system) with the release of a new scene, this time an interior, which is always a little more challenging in terms of render speed and optimization.

You can find the scene in the warehouse here.

Like the last one, this scene was designed for V-Ray Next GPU specifically. It’s a big scene, with such details as a fully 3D exterior environment made up of three distinctive, fully-modeled facades, high-resolution assets, and photogrammetry models and textures, but it has been optimized to fit on a at least a 1080ti (11GB) under Windows 10, with quite a few GB of VRAM to spare even without resorting to V-Ray’s on-demand texture optimization option.

The goal was to build a scene that would easily fit on the GPU, with the benefits this affords in terms of exponentially faster render times, while not making any sacrifices in quality, complexity and overall realism. The result is a scene that is as complex and as detailed as it would be if it were built for the CPU but that renders much faster (about one hour for each 2K images on two 1080ti and given a noise threshold of 0.01).

Talking about complexity and realism, just to mention a few examples, the Cesca chair has hand-modeled caning instead of an opacity texture. The wishbone chair has individually modeled paperchord strands. And the logs underneath the oven are individually scanned and retopoed real-life logs.

The scene is an environment, but it is also a model collection packed with original assets that would be difficult to find elsewhere.

Mostly, the illumination is provided by the environment, with the exception of the hallway scene, which was too far from the windows and gets a big boost of artificial lighting.

To save VRAM, the flat’s five rooms are split into separate layers that can be switched on or off as needed.

Unlike some past scenes, such as Norsouth, this is a genuinely 360-degree environment, modeled and textured to be seen from virtually all possible angles (as long as the camera stays inside the flat). This would make it an ideal candidate for a VR or a real-time project. The addition of a fully 3D exterior backdrop as opposed to a simple photographic backplate means proper perspective is preserved at all times when moving the camera around.

One last notable info is that this was my first full-scale project made while using substance painter and designer. Some textures (including the variations of Terrazzo) were made in Designer while some assets (such as the foldable chair in the living room) were textured in Painter.

The scene is available now for 3ds Max 2016 and up and V-Ray Next GPU. It will render on V-Ray Next (on CPU) but the shaders may need some adjustments, especially those that use procedural noise in the bump slot.

This is the first in a series of posts on this scene. Next will be a collection of timelapse videos that document almost the entire construction of the scene. This will come as soon as I’ve learned the basics of Da Vinci Resolve and got down to editing the hours of low-framerate footage that I’ve collected. And after that, I want to develop other versions of the scene for different renderers that will gradually be added to this archive. In between, I’ll probably show off a few recent photogrammetry models I’ve done, trying to capture relatively shiny surfaces, which are always tricky.

Hope you like the scene and enjoy the other images below. 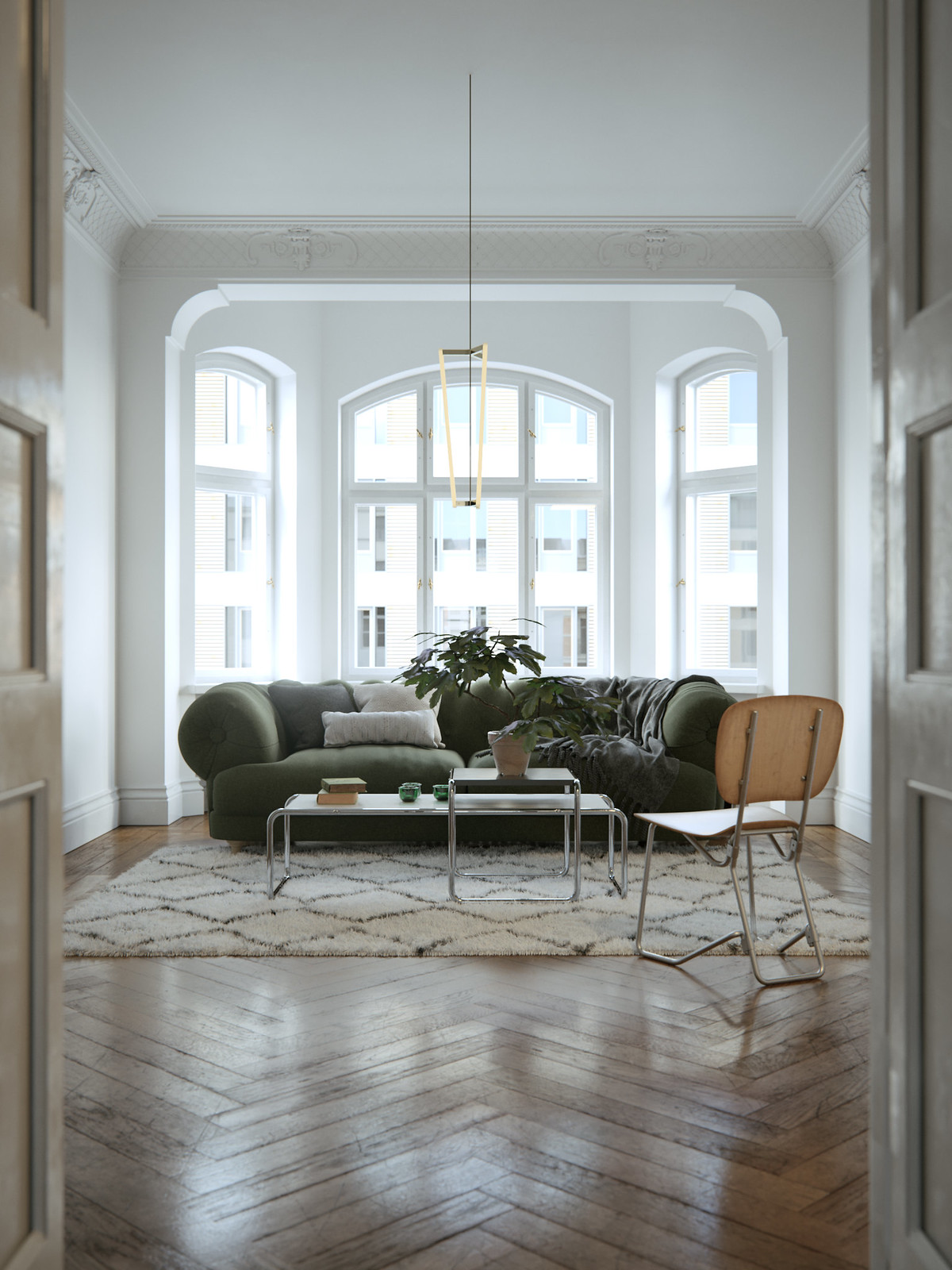 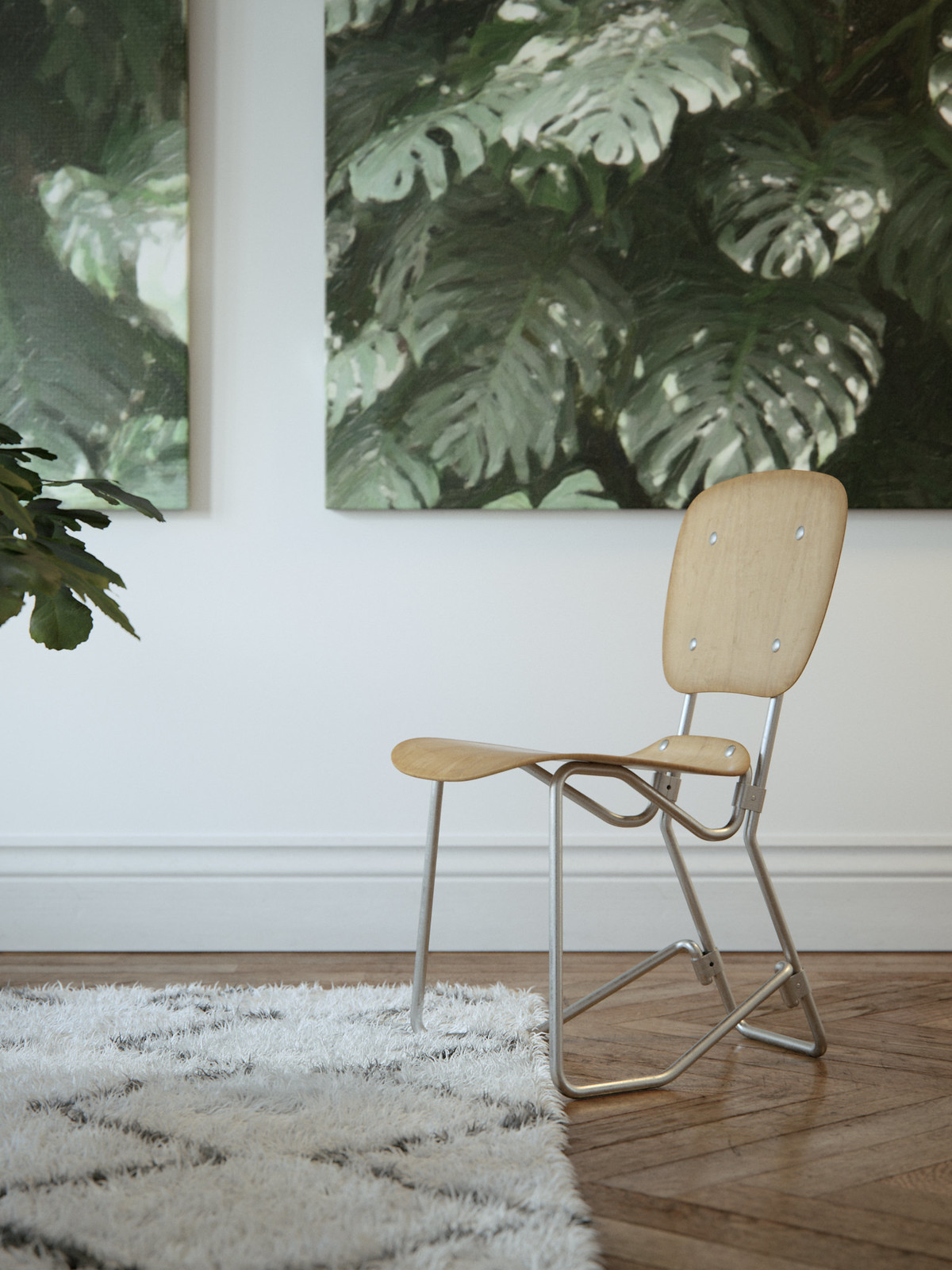 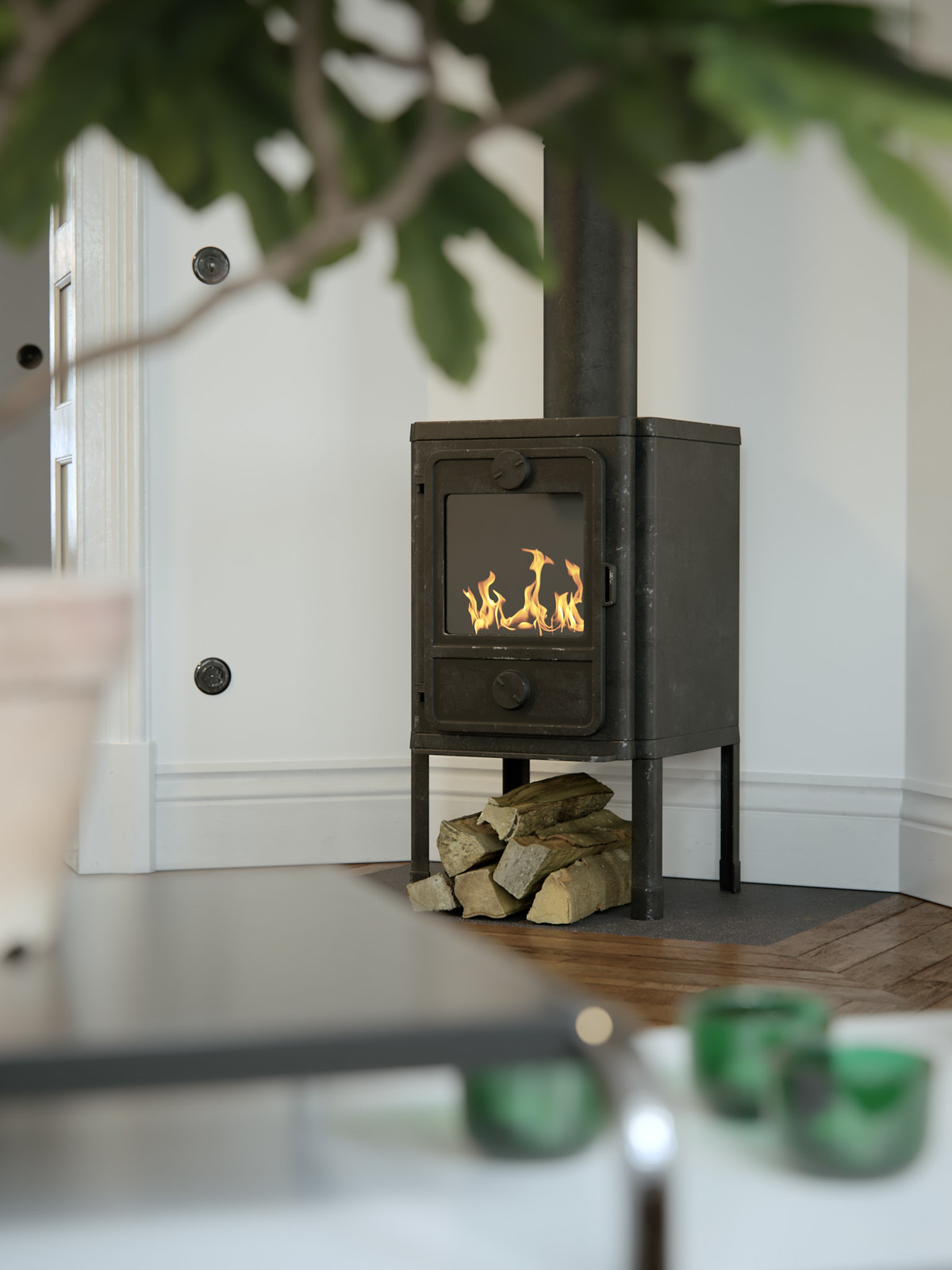 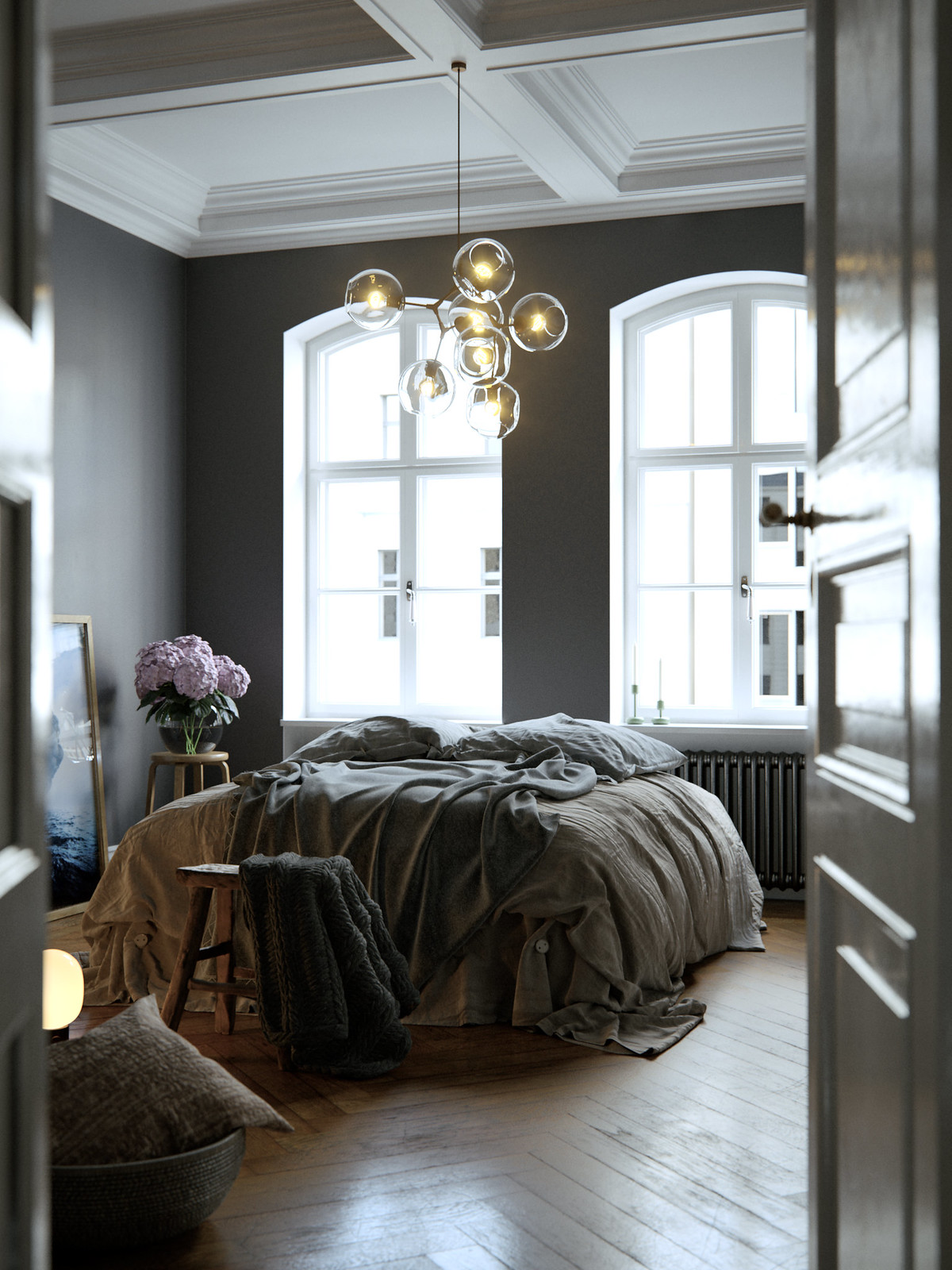 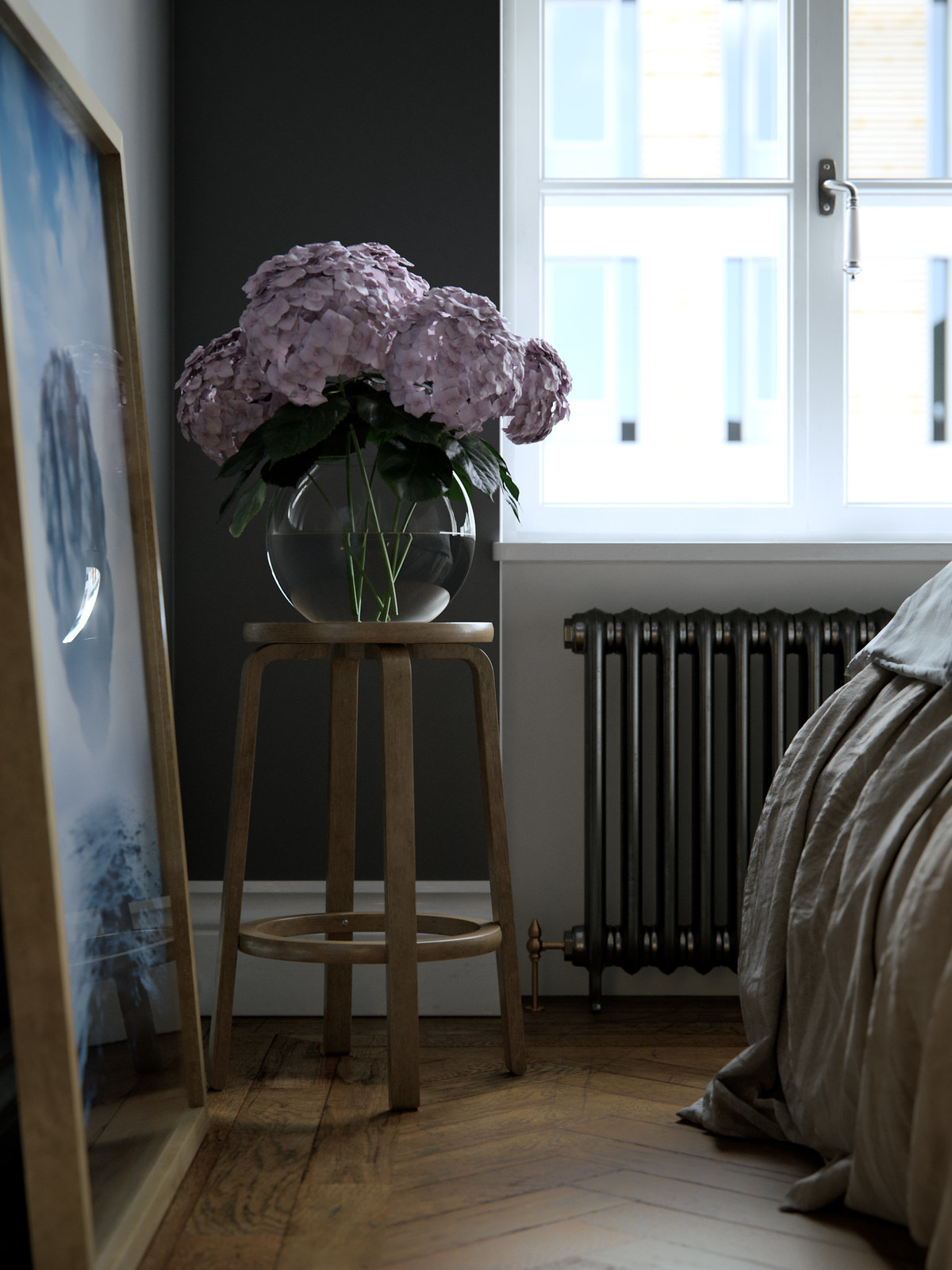 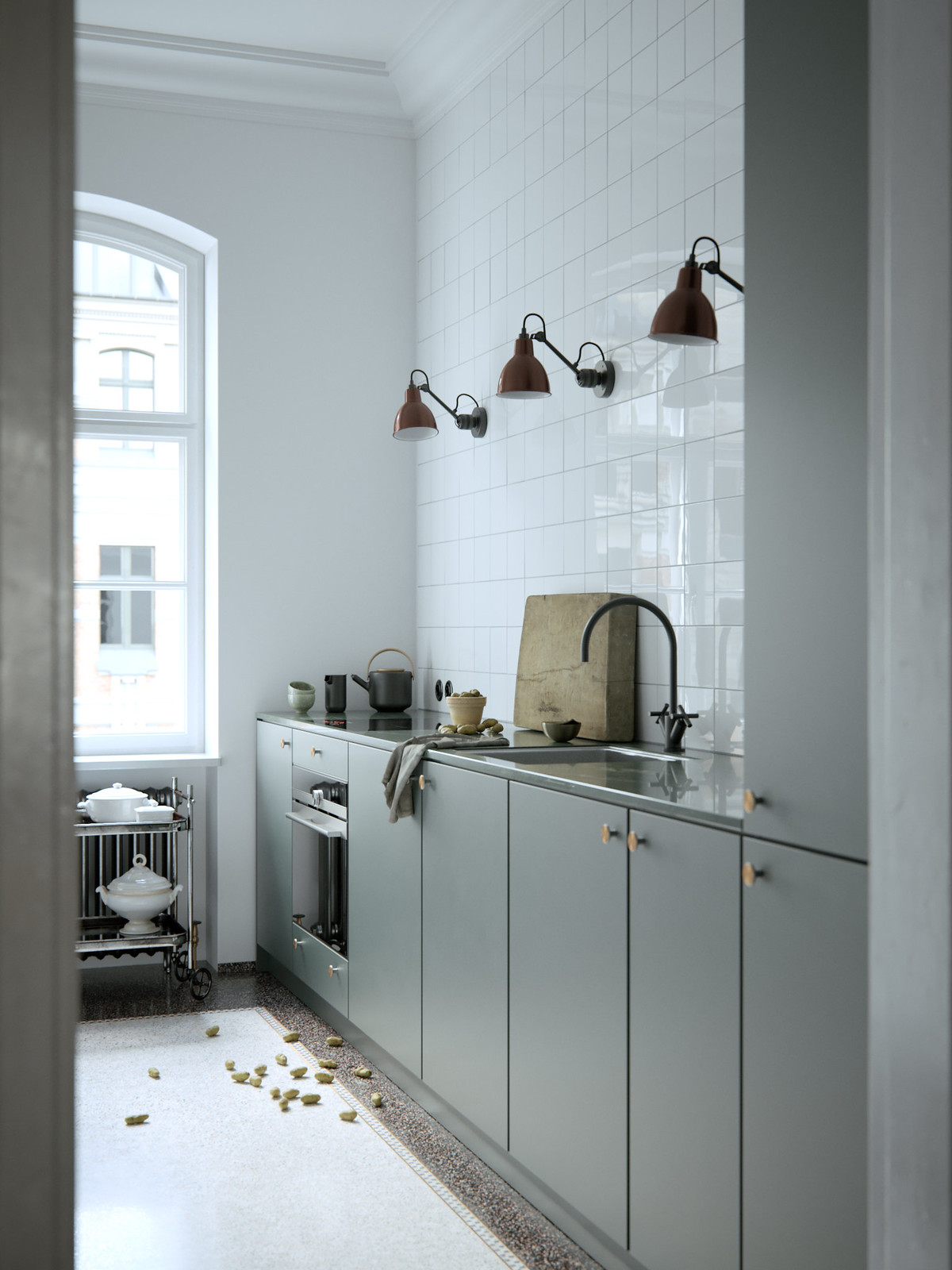 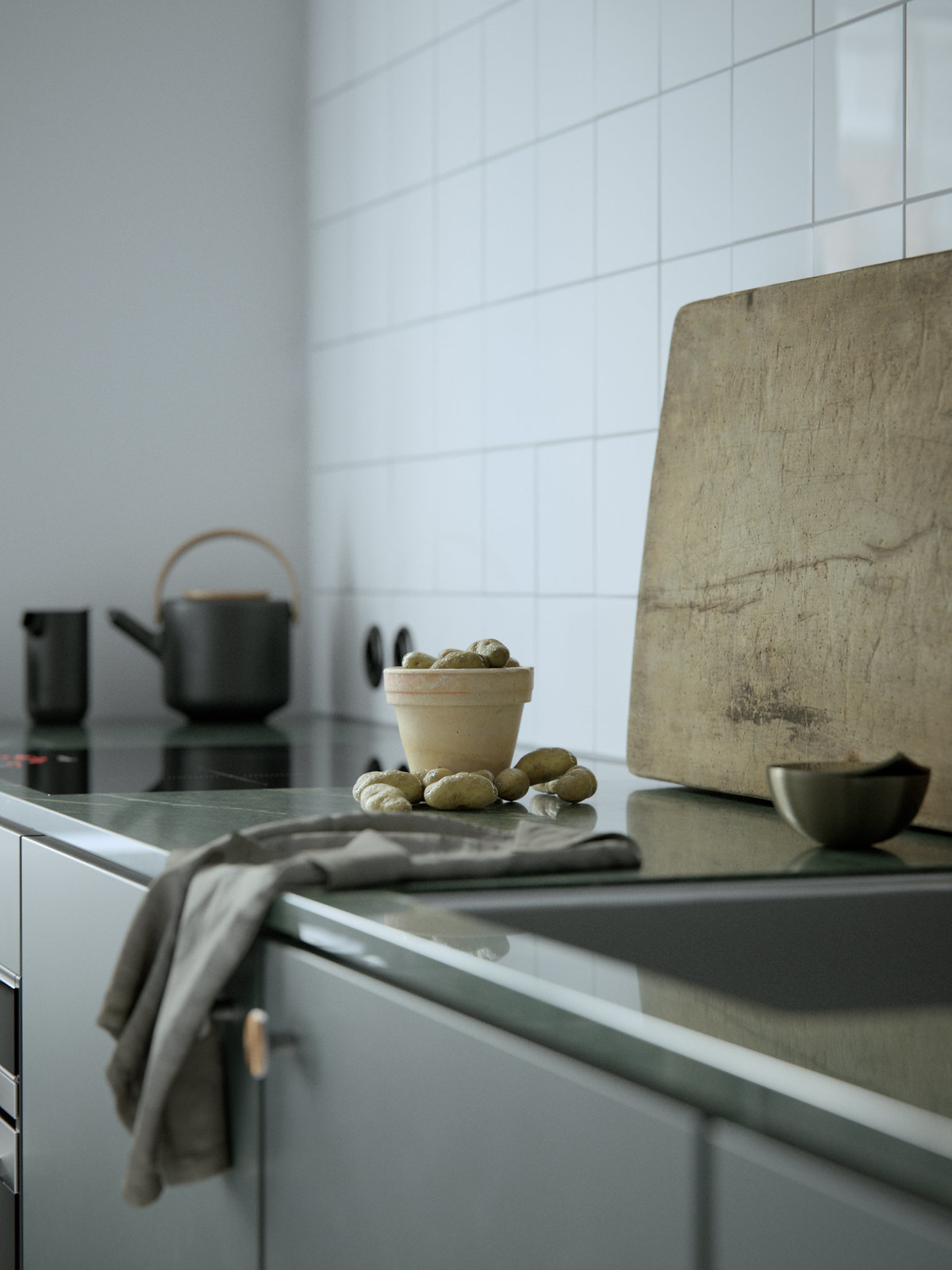 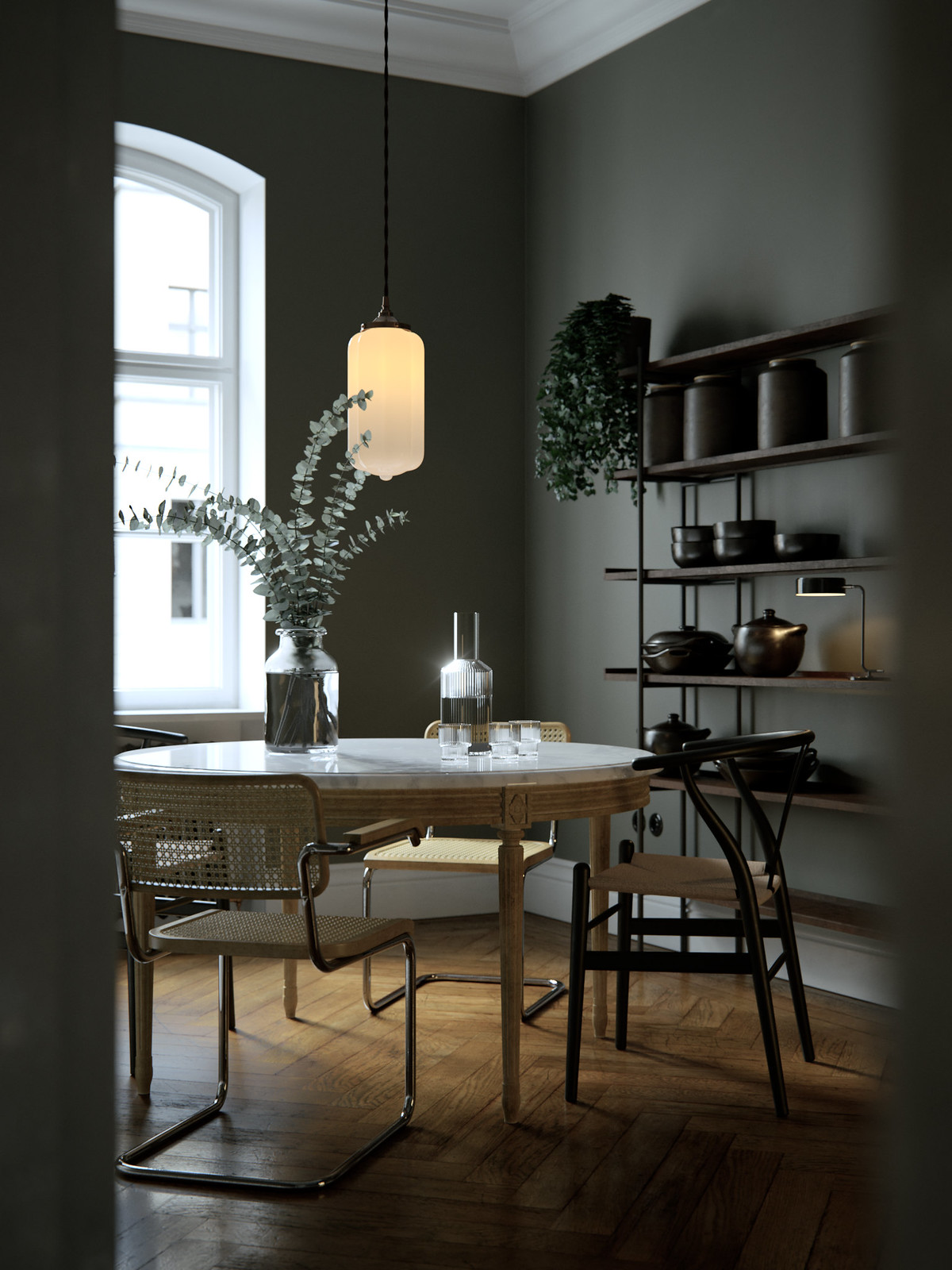 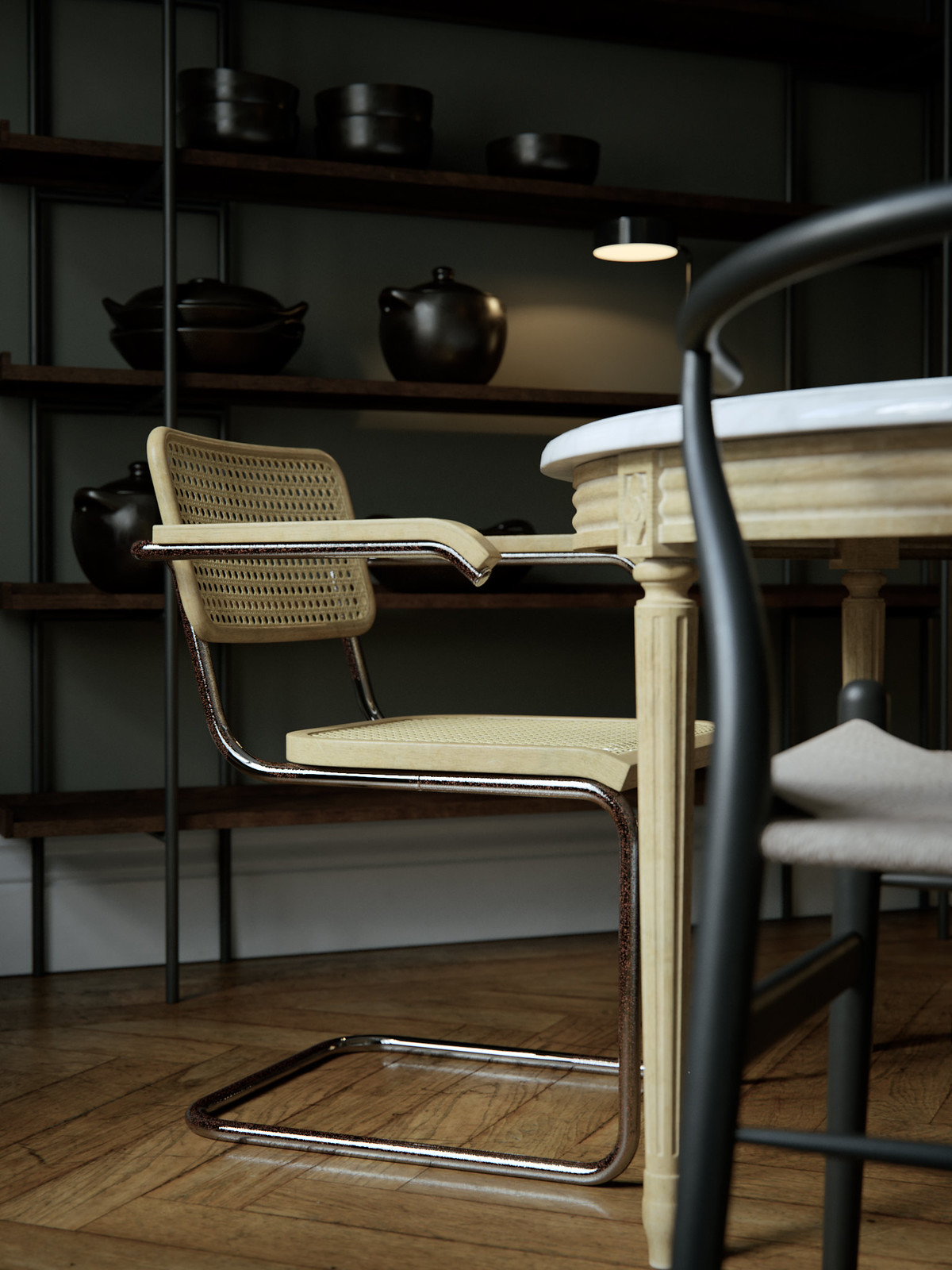 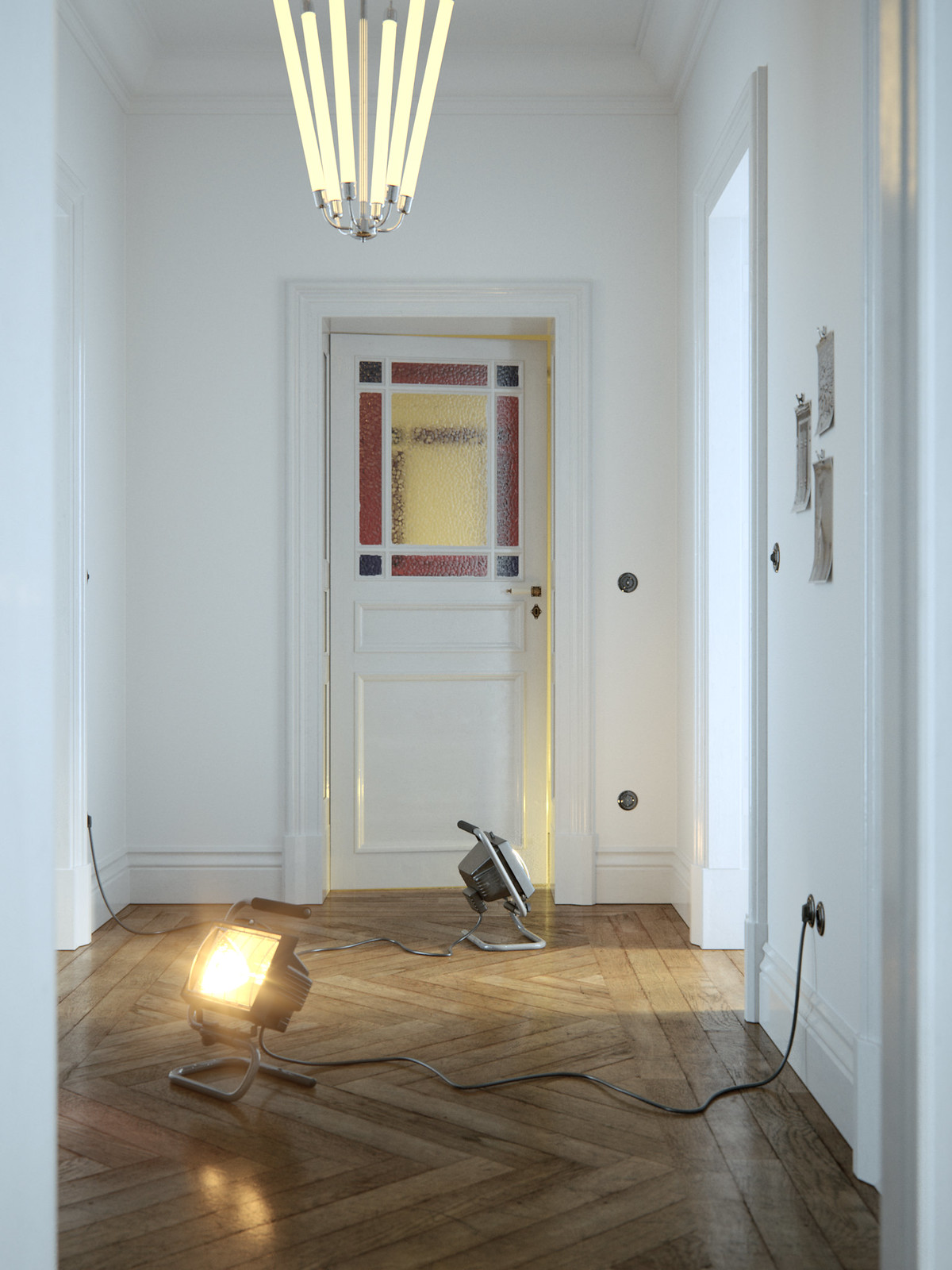 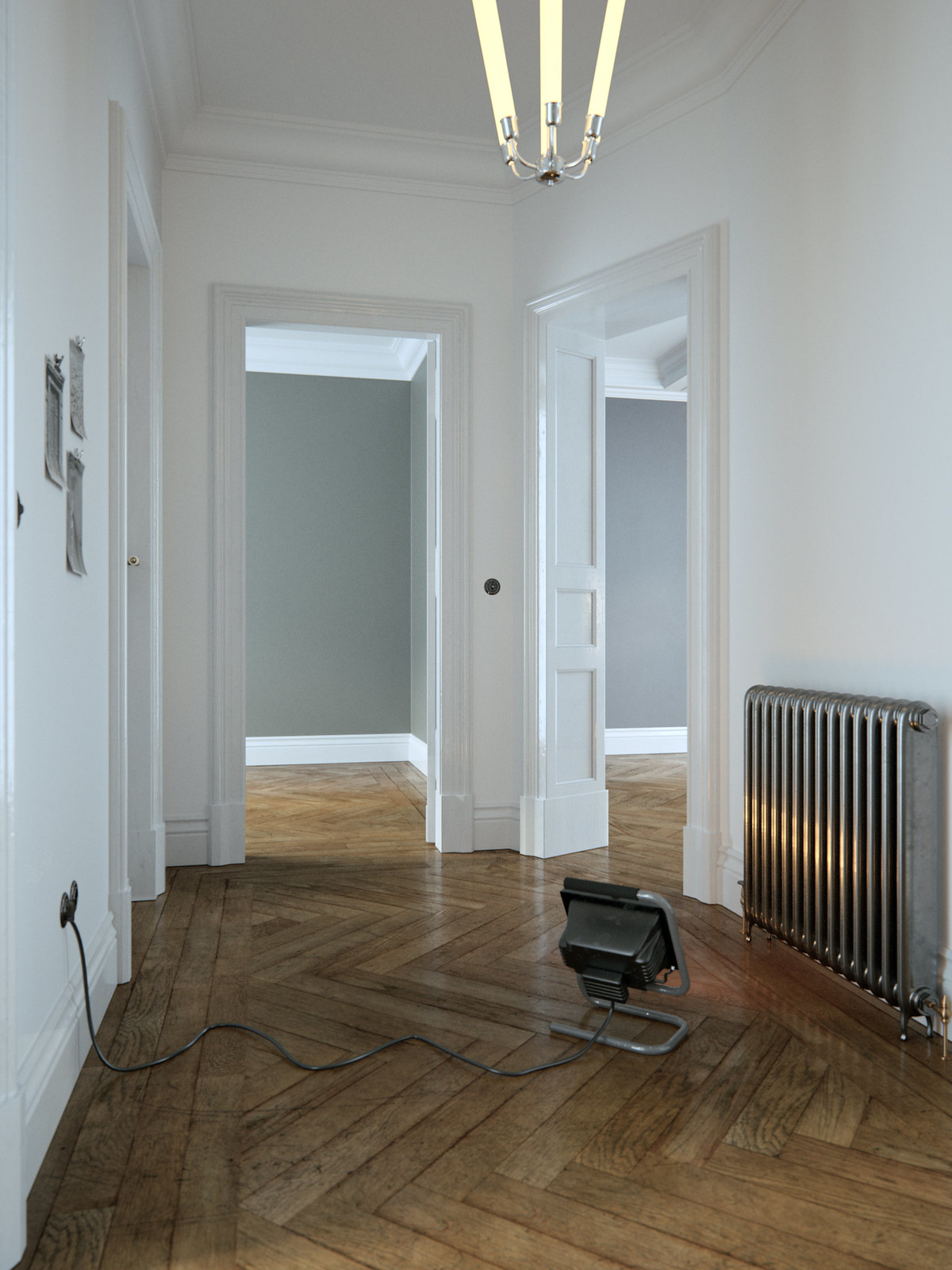 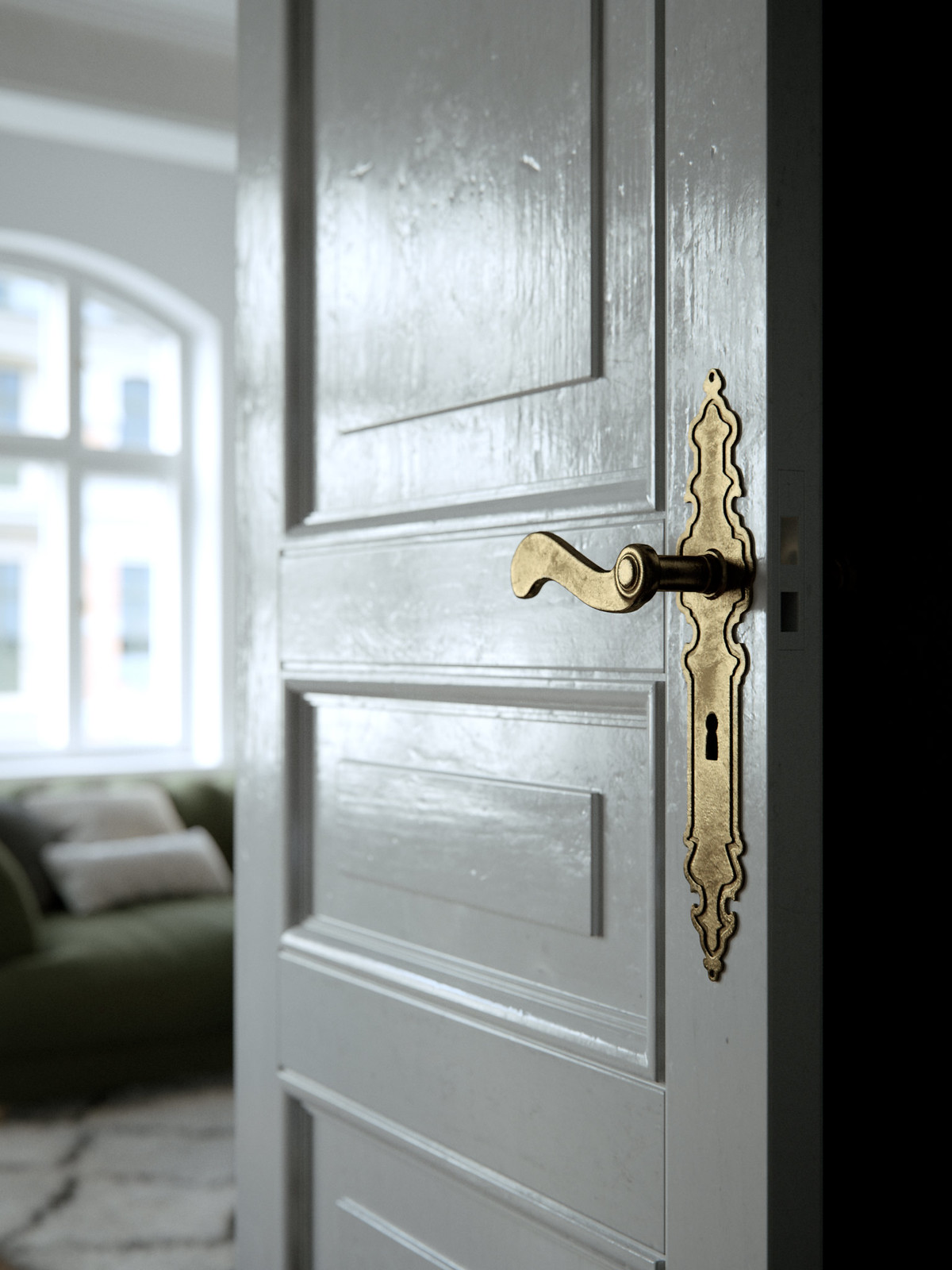 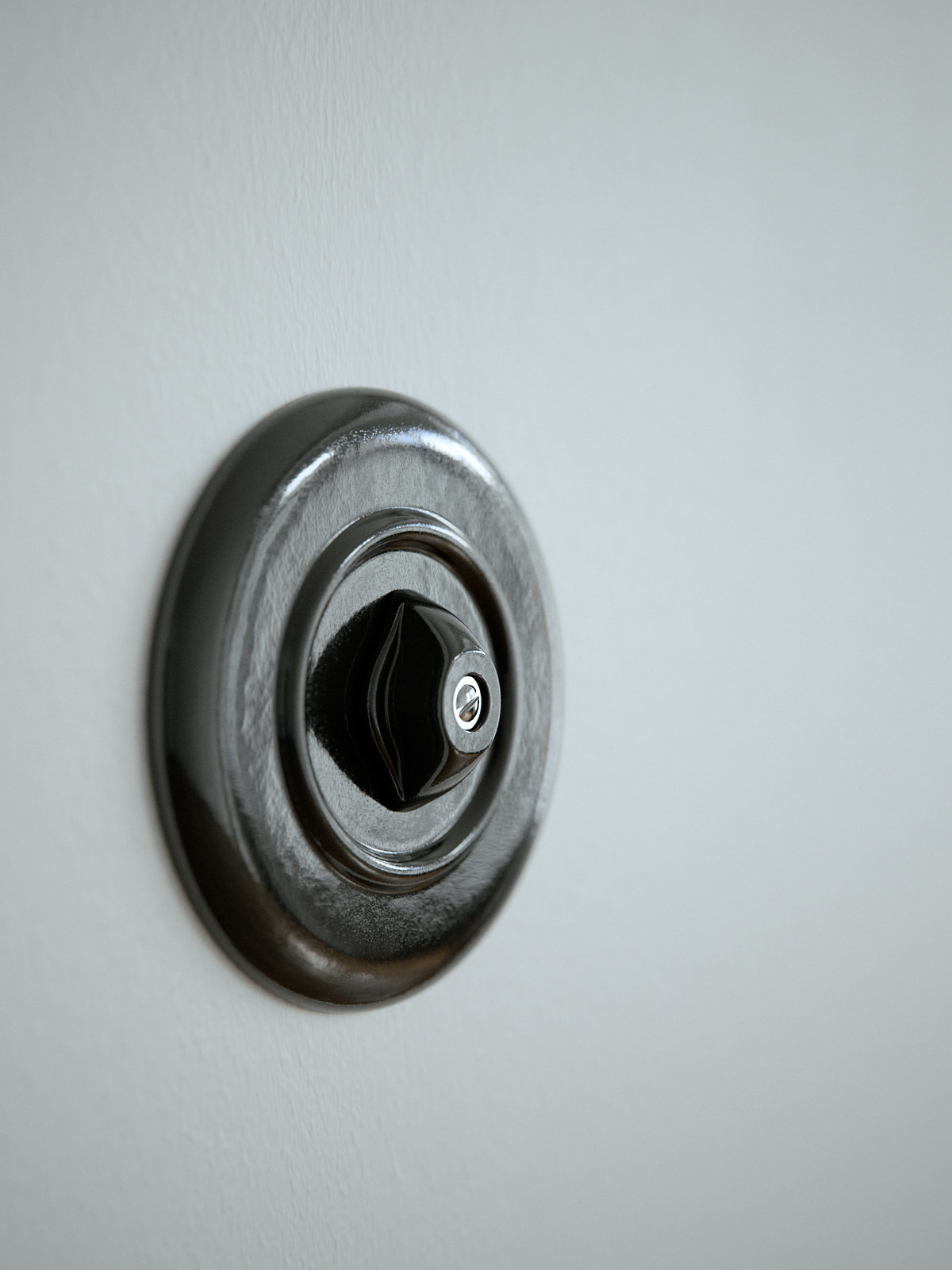