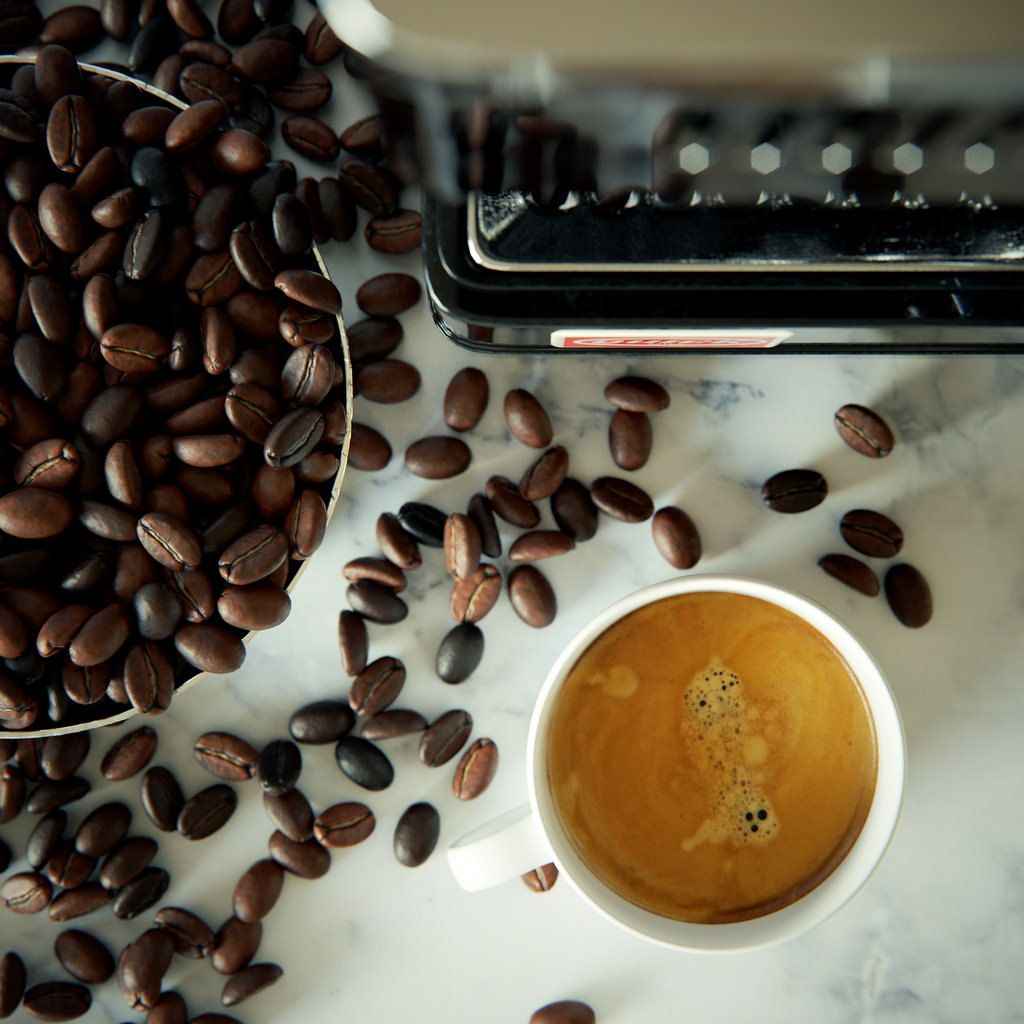 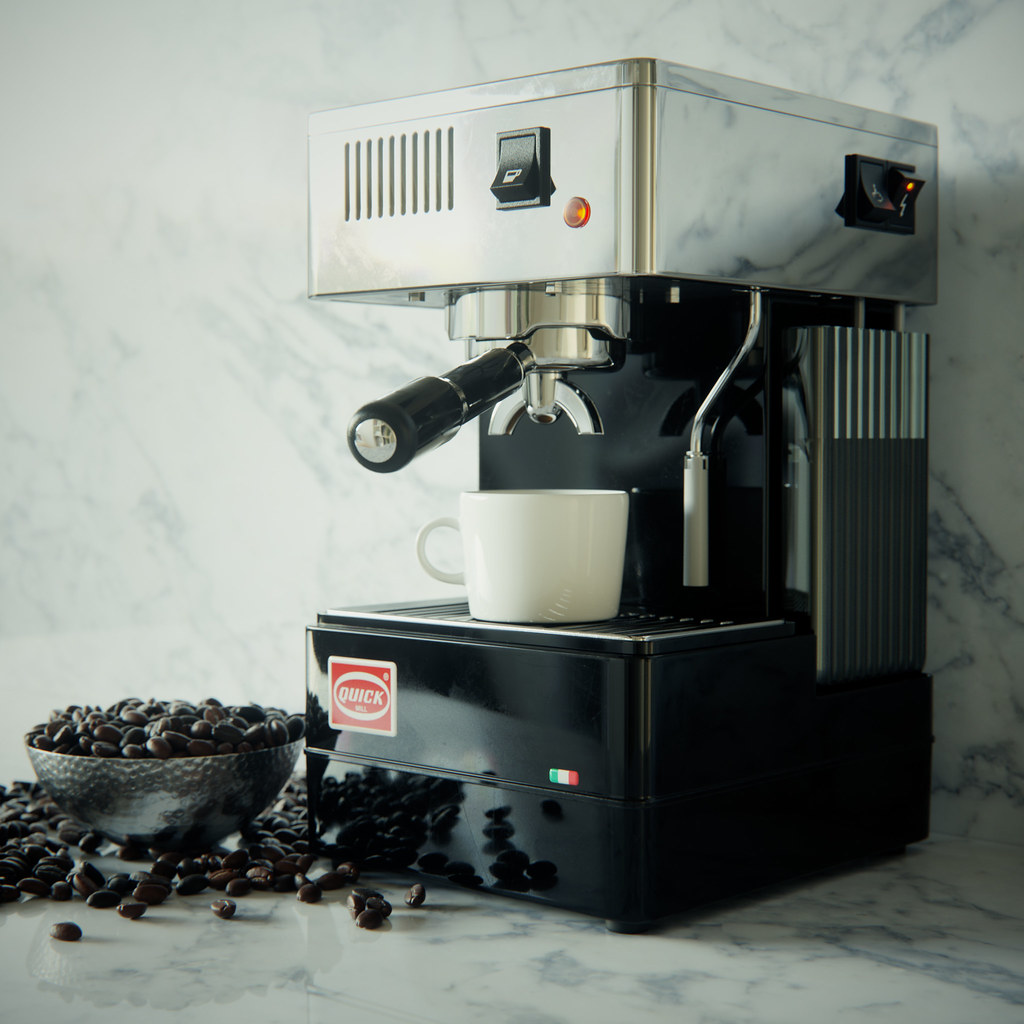 I’ve had this little vintage Italian engineering wonder, the QuickMill Stretta 0820, in my home for some time, and it makes the best Espresso I’ve ever been able to conjure up without outside help. And it’s cute.

Reason enough to try and model it in 3ds Max, especially after getting some practice modeling the much fancier Rocket machine I included in my 70m2 scene.

So here it is, modeled in the latest working version of 3ds Max (aka. Max 2016), and rendered with Octane 3, using the new Bokeh-customizing option and the render-speeding adaptive sampling option switched on. Since it was tonemapped directly in the frame buffer, post-production (in ArionFX) was very minimal and basically limited to a tiny bit of CA.

The coffee beans were quickly sculpted in ZBrush and I used an Octane random-color texture plugged into the brightness input of the diffuse texture to get the color variation. The beans themselves were pretty low poly, with most of the details coming from a normal map. The simulation was done with MassFX.

Some of the materials for the QuickMill were done in Quixel’s DDO.

This was also the first full-scale project I rendered in my recently acquired GTX 1080 Ti, which is a nice – though not radical – improvement on my old Titan X Maxwell. These images were originally rendered at 2400×2400 pixels in anything between 30 minutes and one hour, largely depending on the amount of DOF.

Here is the rest of the series and a small wire image to give you a sense of the geometry. Go here for the full-resolution images. 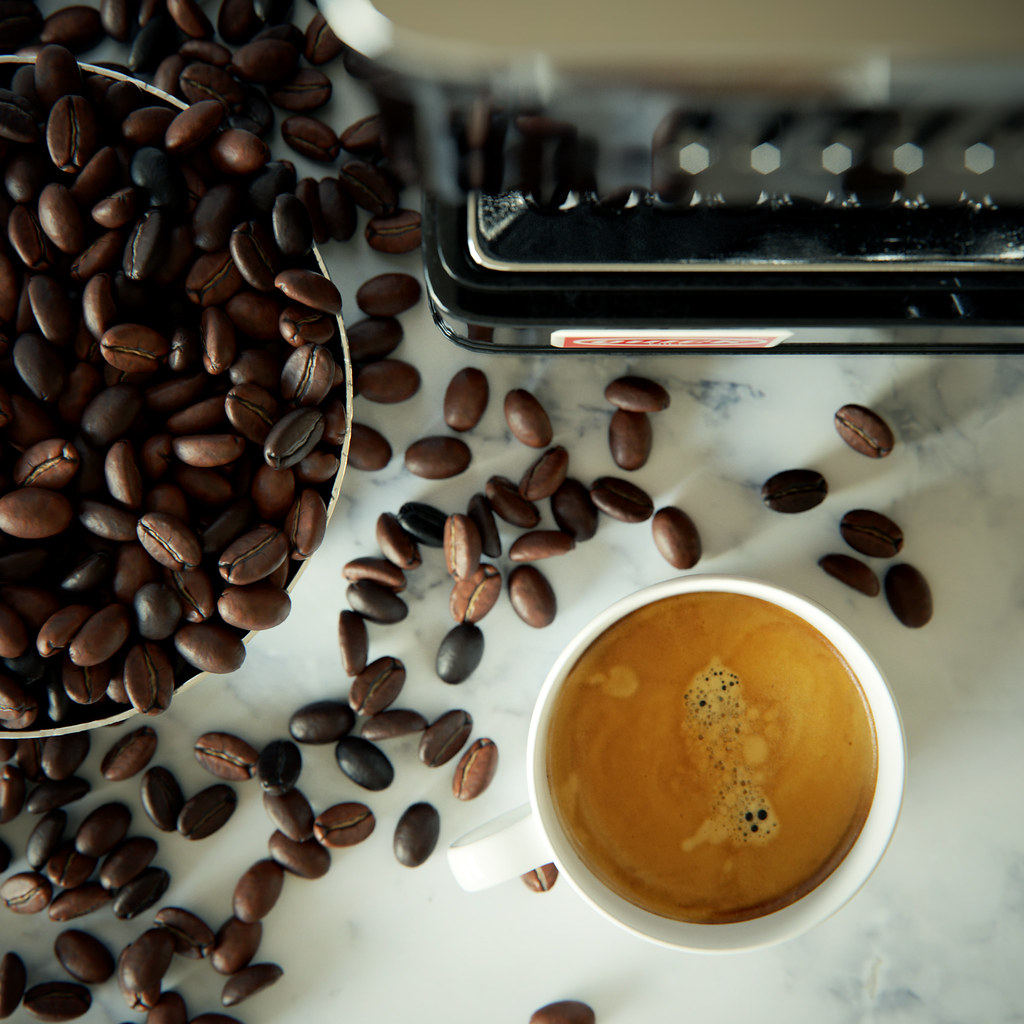 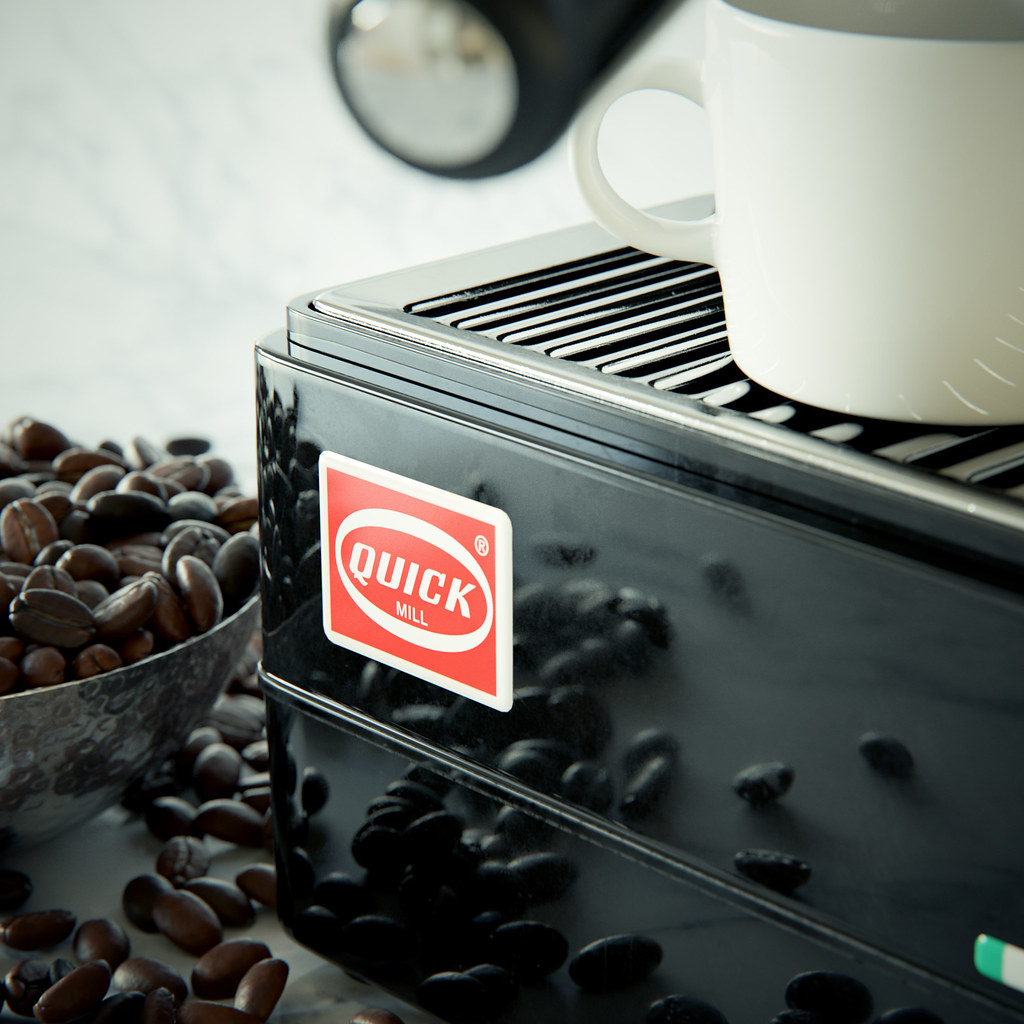 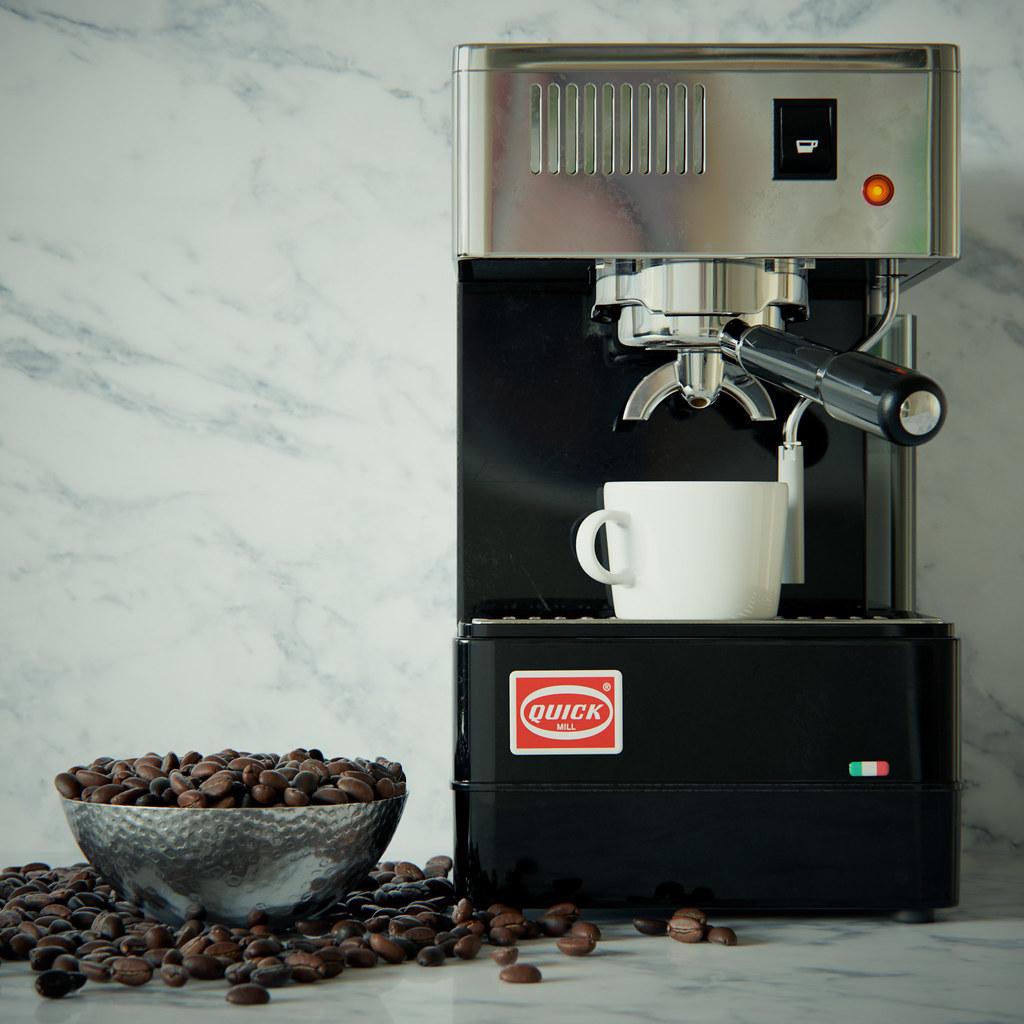 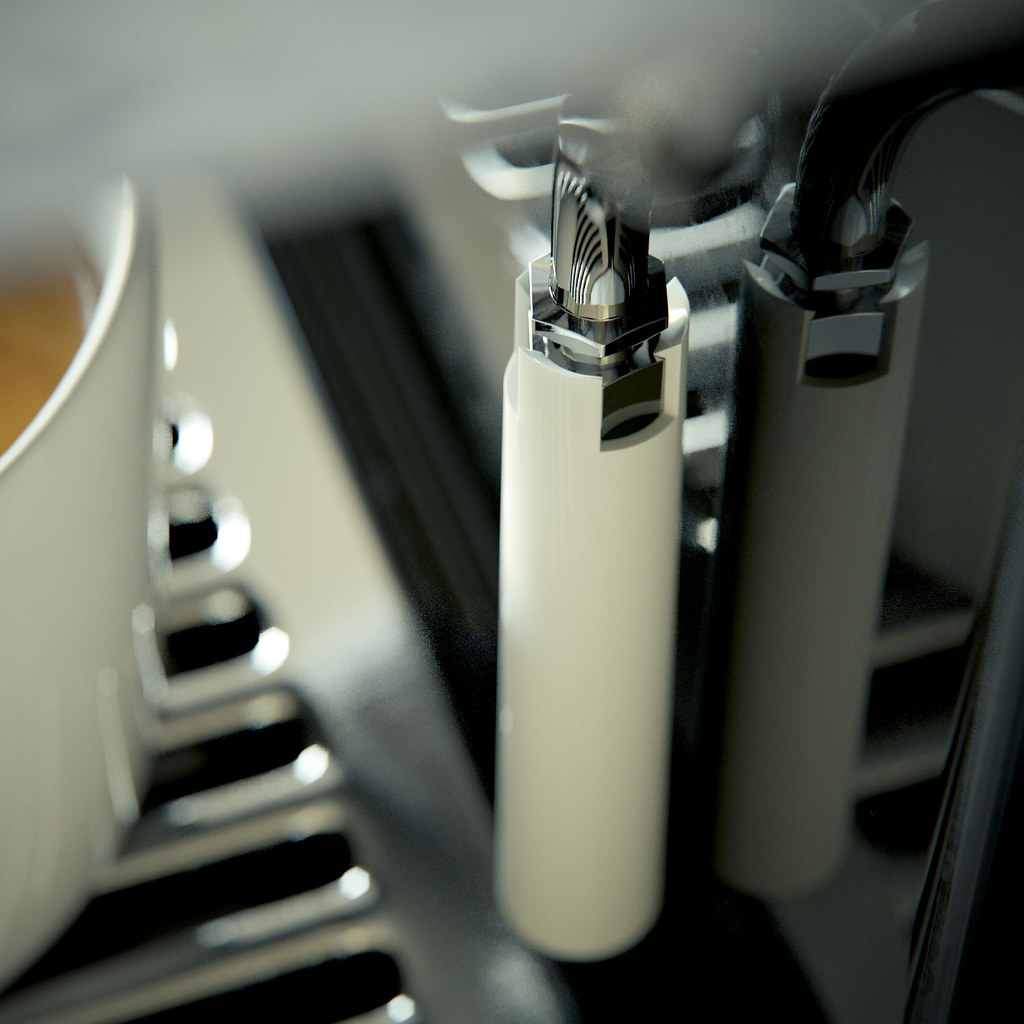 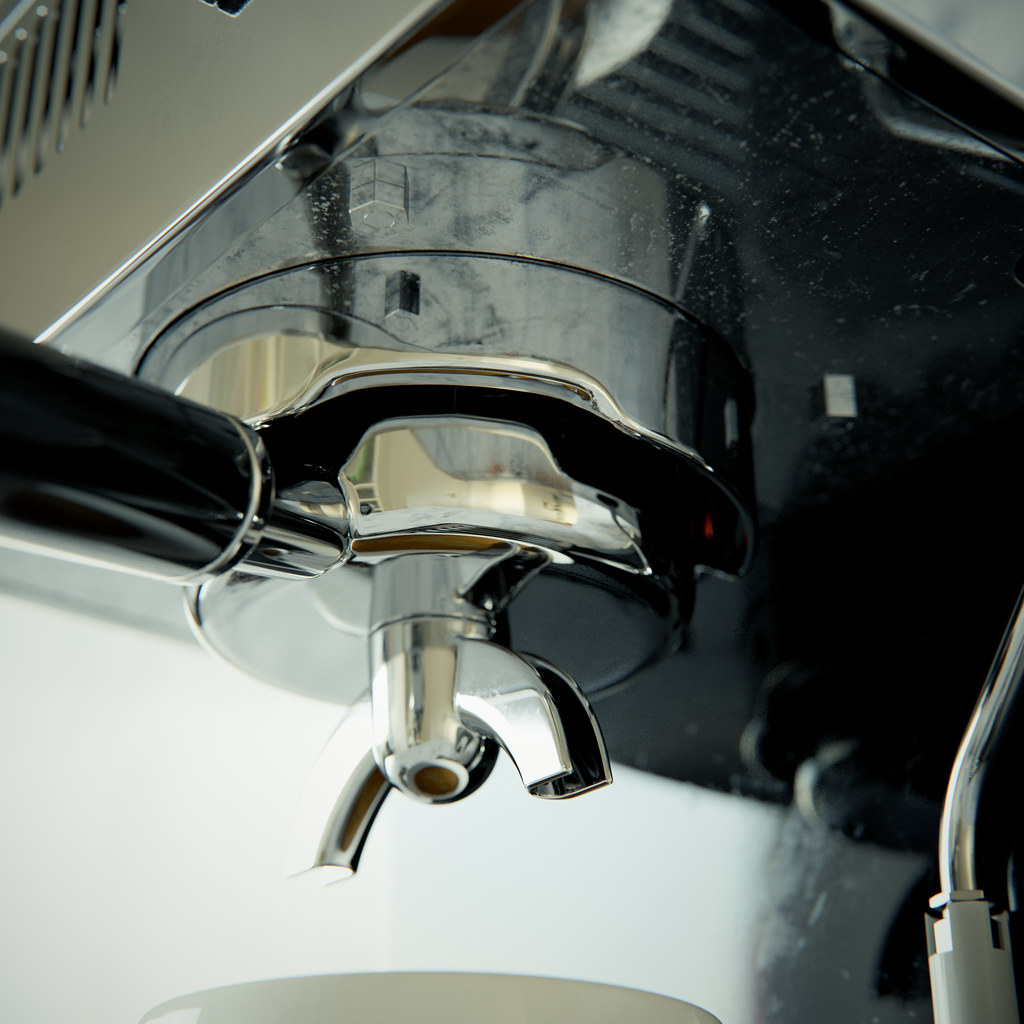 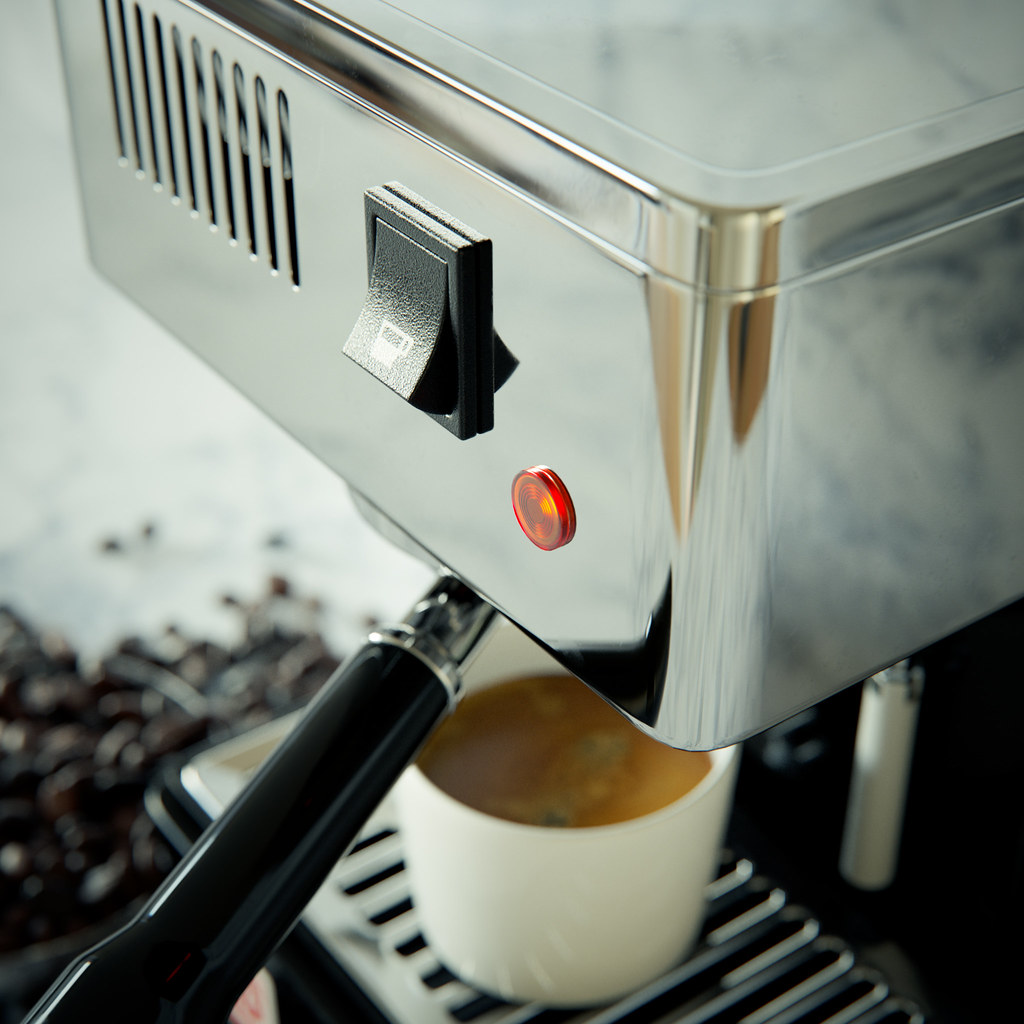 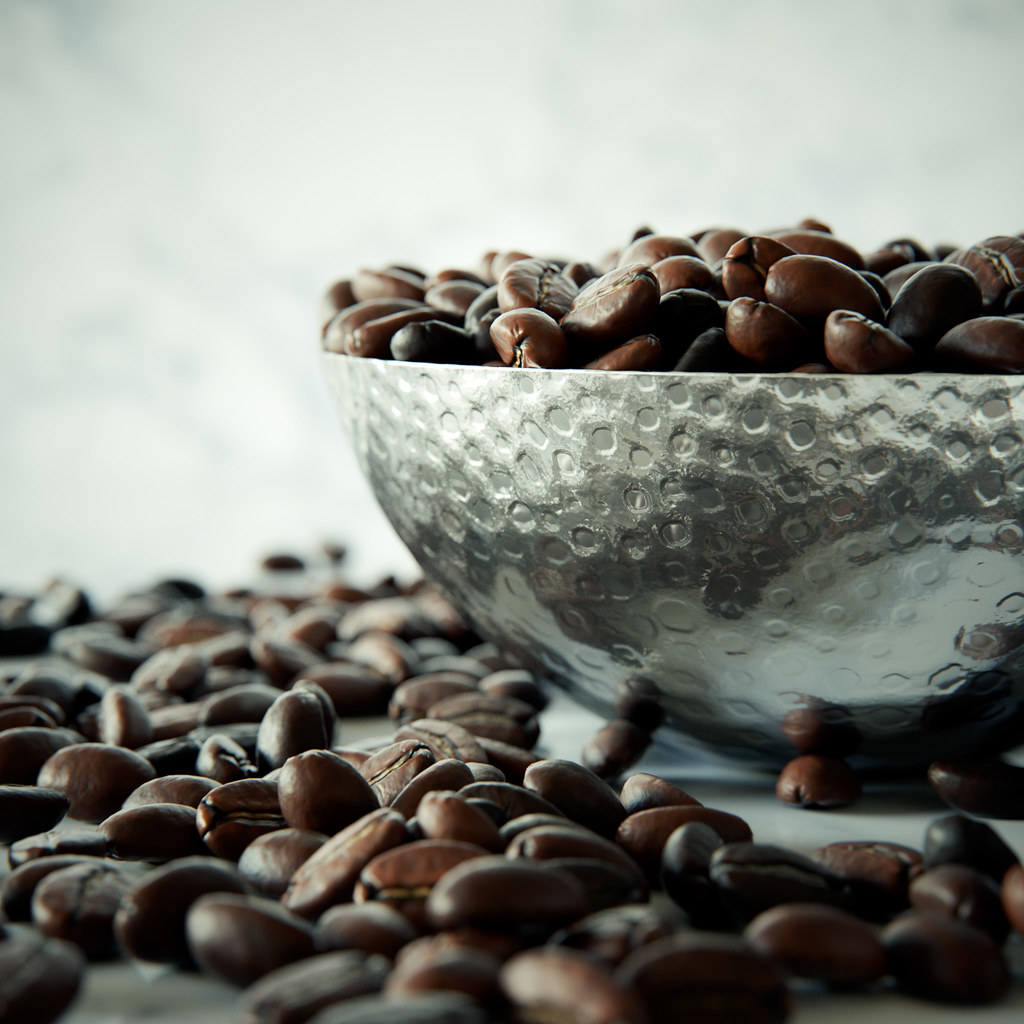 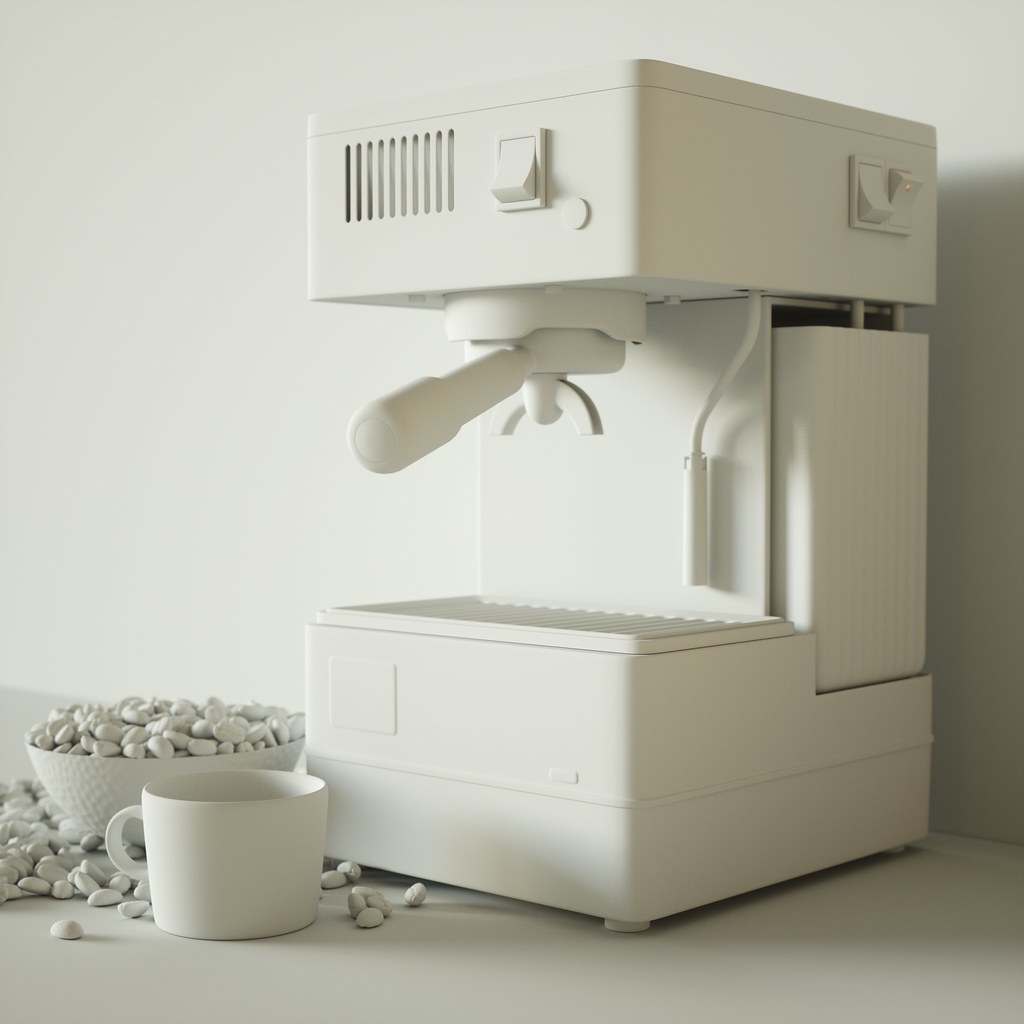 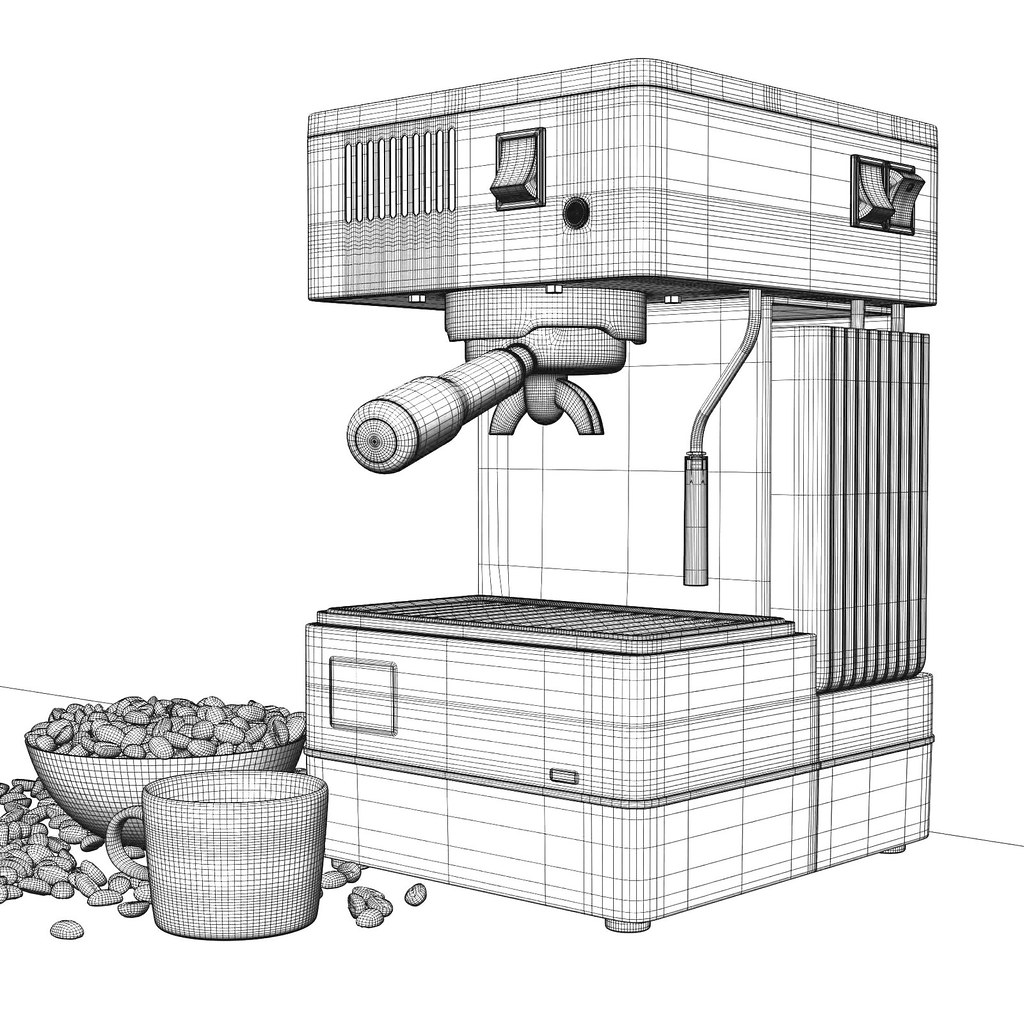